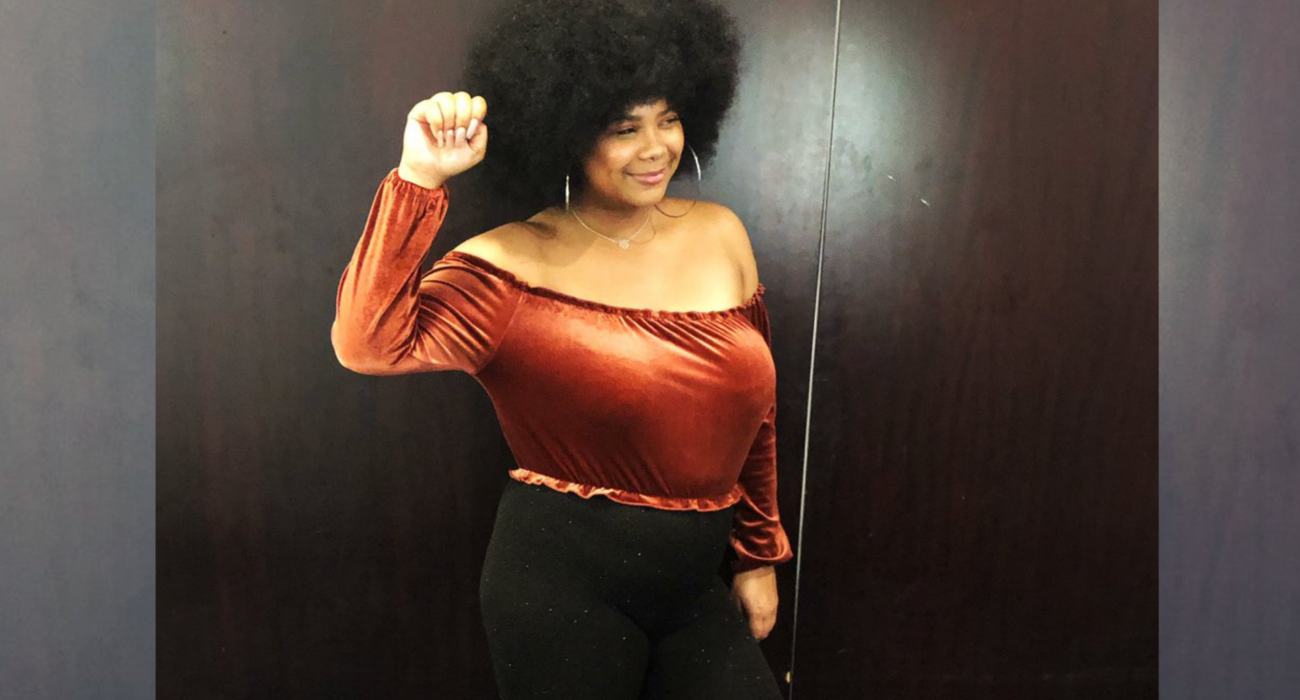 It’s been a tumultuous 12 months for the UK’s 2.5 million students, so imagine it being your job to represent the vast majority of them.

NUS President Larissa Kennedy has taken it in her stride, tackling the Government’s controversial treatment of students against a backdrop of the Covid-19 pandemic and seemingly endless lockdowns.

I sat down with her for an informal chat to talk about her journey in an academic year like no other. There are many things we could have started with, but we went with her pink headwrap…

I love your head wrap!

Thank you! I live with my nan and I care for her, and she has all of these wraps that I’ve just stolen and she’ll never get them back.

You know what? I back it. Our hair needs looking after, and at the end of the day, that’s what they’re there for, right?

And you’re there to look after the NUS. How is that?

Everything at NUS is great, but it’s weird doing it all online.

I was going to ask you about that. Most of your campaign experience was offline – from your work against sexual violence, to racism and student fees. What’s a pandemic presidency like?

It’s an odd but also such a fruitful year to be in this role. In many ways it’s more difficult in terms of building and organising communities, in terms of sharing those skills that are passed down organically through the student movement, but in others it’s been so much easier – one minute I’m talking to students in Liverpool, then next it’s students in Exeter, then Cardiff and the list goes on.

I always try to find a silver lining, and online, it’s about how we do digital disruption in a way that’s more accessible than in-person forms of protest and organising may have been. How do we do it in ways that connect people from different spaces where that might not have been possible [before]? It’s different but it’s a blessing as well.

What are the most enjoyable parts of the job?

I enjoy the fact that we’ve become a cohesive team across the whole organisation. While it might have felt quite isolated before, now it feels like we’re one team fighting for justice. Even though the intricacies of that might look different, its core tenets it are the same. The fact that we want economic and academic justice for students is the same. That we want students to register to vote – small plug – is the same.

Students really have been very angry this year and have been mobilising in various campaigns. Which local student led campaigns in particular have caught your eye this year?

That’s a difficult one, because obviously I have no favourites. But in terms of what’s caught my eye, and folks I’ve really really enjoyed engaging with, of course the UoM rent strike, they had to get a shoutout. Seeing that occupation set a precedent for a revived student movement was so powerful.

Knowing a lot of the folks behind the scenes, a lot of them are first years who just straight out of the gate took up the baton said ‘we’re here, and we’re ready to shake shit up’. Sorry, am I allowed to say that?

Yeah, and it was just so powerful, and yeah, I’m just – I felt like a proud mum, even though I’m like three years older than these people but anyways, we’ll scoot past that. It was just amazing to see, to be a tiny part of empowering and pushing forward that movement, to do whatever I could to support it. That’s all I could do – be the cheerleader at the sidelines of what has to be led by the grassroots. That was amazing. I’m trying to think of who else to shout out now, because I’ll come and people will be like ‘why didn’t you shout me out?!’ But obviously I had to do Manchester, I’m talking to Manchester, so here we go.

Moving from students to government. How easy or difficult is it working with the current government?

You can literally be reading the lived experience of a student who hasn’t met a single person on their course, who is at the brink financially, in rent arrears, who has lost their job and is a single parent. You can be reading these things verbatim and they’re just deadpan, as though those aren’t people’s lives. And we often do that because there are millions of students who don’t get to interface with that minister, whose stories and whose lived experiences are as valid as anything that I have to say.

It’s a relentless struggle with this government to even get them to see the humanity of so many of the students they have power over and I won’t lie, that is difficult, when you’re having to beg for scraps. We’ve won 70 million in total, and even that, I’ve had to explain to the minister that that’s like putting a plaster on a broken leg.

It’s a problem that came far before coronavirus and will last far beyond it. It’s a crisis within the system of student funding. It’s a system of exploitation that is decades long, that started before this government. And just trying to explain that the way things are set up are set up for students – particularly marginalised students – to fail. But when the interface with government is infuriating, exhausting and demoralising, the energy in this movement is what keeps me going.

How do students sustain that power and energy, when a lot of are feeling so drained from what’s going on around them?

The key to it is to create sustainable collective organising spaces that are rooted in a practice of care. There has to be an element of looking after each other in this space, otherwise we burn out and it fizzles out, and then people have to start from scratch all over again. In the cyclical nature of a student movement that often happens.

Aasiyah, I think you know where I’m gonna go on that. There’s a complete misconstruction of the institution as it is. Why are there people who are so far removed from the realities we face as students, but also as staff, who are making these massive decisions that impact all of our lives when they just have no clue?

Honestly, when I was a sabatical officer, sometimes talking to senior leadership and trying to explain what the day-to-day was like, and you could see it going straight over their heads.

They’d say stuff like ‘oh, I had no idea’, and it’s exhausting because a) why are you being paid that much to not know anything? and b) why do you have this power? That power and its centralisation within universities has been constructed to shut students out.

This isn’t how all institutions are run in the world – there are other ways of doing things. It’s making us take a serious look at what the democratisation of universities would look like – what would it mean for students and staff and communities to have power, agency and say over the decisions that impact their lives? That’s an exciting journey.

It’s really interesting that you’ve said that because we at Manchester have the Nancy Out campaign, I’m not sure if you’ve heard about it.

What is your stance on the Nancy Out campaign at Manchester, where students are mobilising to oust the senior leadership team?

It’s so interesting to see student resistance to the structure, to the idea that there’s some random white woman who can decide whether or not there’s a fence constructed outside your house. To the idea that there’s a random white man – in most cases – who can make a decision on whether or not you can access funding to get through your degree. This form of resistance is really powerful. We’re gonna see it spread. We’re not gonna see students who’ve seen what’s happened this year to sit back and think ‘cool, let’s just go back to normal.’

That’s just not happening. People are outraged, not just at the things that are happening, but at the systems that have enabled that to happen. We’re only going to see a really fruitful discussion about how we ensure that our institutions belong to the students, staff and communities that they exist to serve. I’m excited to see where we go with this. Again, I’m being led by the movement, and my perspective continues to be shaped by it, so I hope to see more of this resistance popping up and I’m happy to support in any way I can.

Looking to the future then, especially with NUS elections happening so soon, are you looking to rerun for president?

This is actually so funny. NUS just came out of reform and they wanted continuity, so I’m on a two year term, and this is a one-time thing. It’s super exciting because it means that I’ve got 14 or 15 months left and I can think about what we wanna see in the long term. We want to be strategic about how we build a powerful movement and having this space is really a gift. So I’m not rerunning, but I am back, in a twist of events!