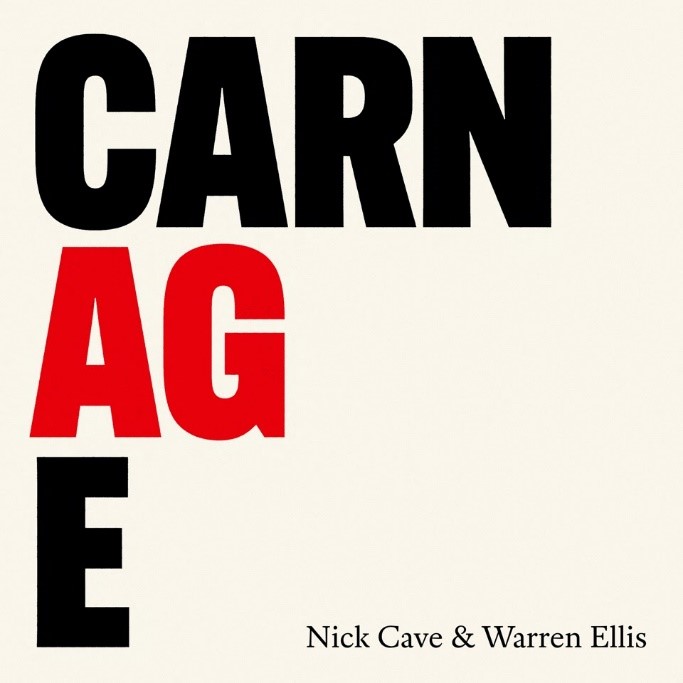 Nick Cave is well-known for his macabre writing. Yet, after two tender albums dealing with loss, he appears to have successfully found a middle-ground. Just between snarling storytelling and moving melodies with Carnage.

Cave’s greatest talent may well be his ability to evoke opposite emotions; to make you laugh with his deadpan humour and to make you cry with his emotive writing. He’s a king of contradictions, whose writing can be both harrowing and hopeful. Someone who can simultaneously sadden and soothe the listener. He certainly achieves these effects on Carnage, where he is accompanied by Warren Ellis, veteran Bad Seed, multi-instrumentalist and frequent collaborator with Cave since 1993.

Religion, a favourite subject of Cave’s, appears to be the main theme of album opener ‘Hand of God’. Where Cave questions our purpose on Earth and the afterlife. The track’s pulsing beat and the eerie chant of ‘Hand of God’, along with Ellis’ haunting string arrangements towards the end set the tone for the darkness to come.

A King of Contradictions

Cave laments the past on ‘Old Time’. This is a song which is carried forward by rattling drums and describes desolate, almost apocalyptic, landscapes. It is clear that grief is still an important theme on this album. Cave harrowingly reassures ‘wherever you are darling, I’m not that far behind’.

Evoking the imagery of his previous 2019 album ‘Ghosteen’ where Cave wrote about the tragic loss of his son.

In the solemn title track ‘Carnage’, Cave is ‘reading Flannery O’Connor’. What is a a devoutly Catholic novelist of the Southern Gothic literary genre, whose influence is felt on many a Bad Seeds song. Cave comments with self-awareness ‘this song is like a rain cloud that keeps circling overhead’, as tinkling chimes resound.

Undoubtedly the most striking song on the album is its centrepiece, ‘White Elephant’, with its jolting melody and vivid lyrics. Cave rarely releases a politically charged song. As such it is interesting to hear him explicitly refer to the toppling of the Edward Colston statue in Bristol at the height of the Black Lives Matter movement. More specifically to the killing of George Floyd at the hands of US police (‘I can’t breathe’).

Somehow, Cave manages to inject a song of such serious subject matter with his absurd humour (‘I am a Botticelli Venus with a penis’).

At one point he declares ‘I’ll shoot you in the fucking face if you think of coming around here’. Thus evoking the violent songs of the Bad Seeds’ 1996 album ‘Murder Ballads’, as sirens screech in the background. The song ultimately takes on a more uplifting tone, as bells chime, suggesting positive change is coming, and providing some much-needed optimism at this point in time.

‘Albuquerque’ is a delicate piano-led number, with lyrics which seemingly refer to the numerous lockdowns and travel restrictions during the COVID-19 pandemic. Mentioning ‘We won’t get to Amsterdam or that lake in Africa’. The idea of finding unity in times of hardship is further explored on the next track ‘Lavender Fields’. Here, Cave is backed by a gospel choir, who offer their support when he is ‘appallingly alone’. It also poses more existential questions: ‘Where did they go? Where do they hide?’, much like ‘Hand of God’.

‘Shattered Ground’ is a love song, featuring some of Cave’s most poetic lyrics: ‘The moon is a girl with the sun in her eyes’. But like many of the characters he meets along the way of this record, the girl is ‘waving goodbye’. Perhaps she is leaving town or perhaps she is dying (the ambient synth-heavy music by Ellis would certainly imply the latter).

An album preoccupied with Mortality

On album closer ‘Balcony Man’, Cave is still questioning his beliefs. He plays shape-shifter: at first he’s ‘two hundred pounds of packed ice’, recalling the melting statue of ‘White Elephant’, then he’s ‘Fred Astaire’, ‘a bag of blood and bone’ and an ‘octopus’. It is fitting both for an album preoccupied with mortality. Made real by a writer who has taken on a variety of personas in his work over the years. But like ‘White Elephant’, ‘Balcony Man’ contrasts the morbid with a wave of optimism in its latter half.

At its core, Carnage appears to be a record about overcoming the uncertain situation in which it was written. Summarising the unpredictable effects of the pandemic in its final line, Cave declares ‘What doesn’t kill you just makes you crazier’. 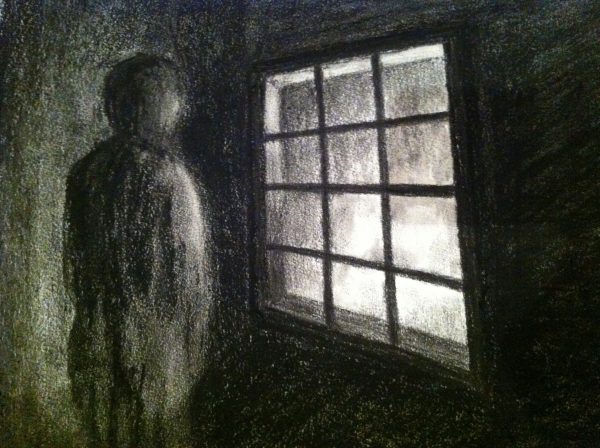