MMG Mancunion Fuse FM Fuse TV
Latest News:
#NancyOut Campaign stage sit-in at the University of Manchester • Is ‘greenwashing’ by big tech deceiving us all? • The Revolution of Sustainable Plastics • Know your rights: How to deal with the police on campus • Who Killed the Lollipop Man? • Will Nancy be voted out? The referendum explained • Rated: The Instagram meme pages sweeping Fallowfield • Opinion: Here’s why Nancy Rothwell must go • George Floyd: Manchester mural defaced again • Greater Manchester Clean Air Zone set to be introduced in 2022 • 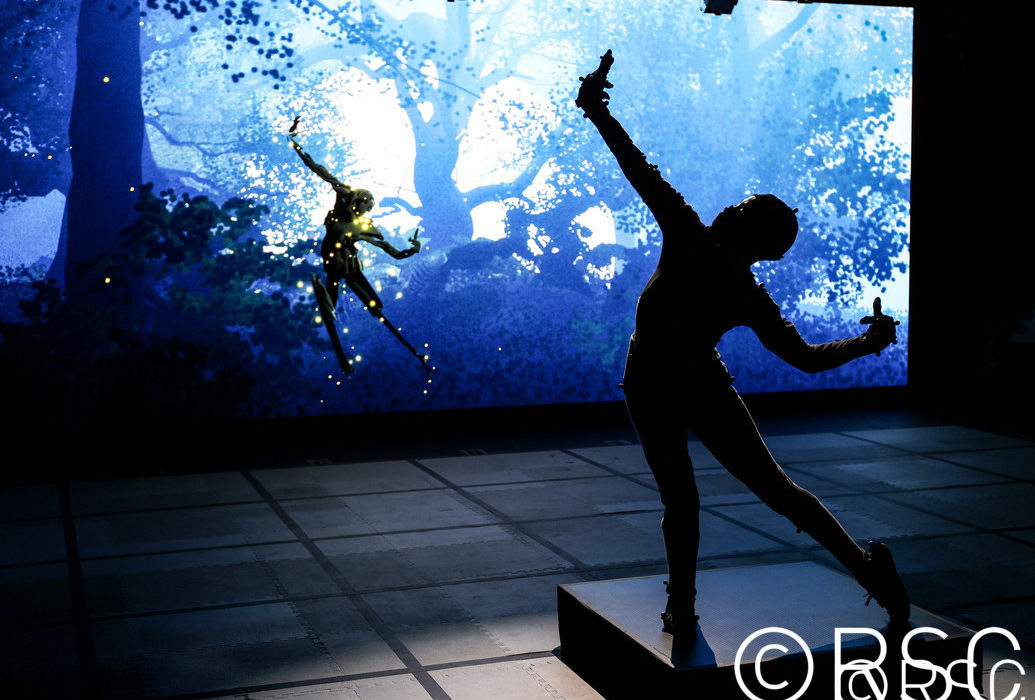 More live gaming than live theatre, but I was left mesmerised nonetheless.

The latest venture in live, virtual theatre from the Royal Shakespeare Company did not disappoint.

Dream, a fully online performance based in the virtual Midsummer Forest from Shakespeare’s classic comedy, was a taste of what the theatre experience could look like in the future.

Using gaming technology from the creators of Fortnite, actors brought this play to life in real time using VR and the latest in motion-capture technology.

Led by the spritely movements of Puck (EM Williams), this dreamlike journey unfolds through the forest, encountering the other virtual fairies and fully immersing viewers in their world. As the storm worsens and with darkness setting in, audience members help to light the way through the twilight forest by throwing in virtual fireflies from their devices.

The virtual forest itself was enchanting. With incredible graphics, you could almost feel the trees blowing around you. As actors moved around the virtual world, the live interaction of virtual and reality was not missed as actors rustled leaves and jumped over boulders.

Accompanied by the Philharmonia Orchestra, using a seamless mix of the recorded symphonic score and live music, it was a true metaphor for the Athenian wood Shakespeare envisaged, where the line between dreams and waking is blurred and where all social norms begin to break down.

This short play builds on the technology used in the RSC’s ground-breaking performance of The Tempest, the first to feature a real-time animated avatar rendered in Epic Games’ Unreal Engine. But this time, audience participation allowed actors to perform and respond to interactions, making each performance unique from the last.

The technology used to bring this to life is staggering. With over 15 collaborators, including the Manchester International Festival, the project is spearheaded by the Audience of the Future programme funded by UK Research and Innovation through the Industrial Strategy Challenge Fund.

It wasn’t kept backstage either. My favourite part of this performance was actually exiting the virtual forest before the penultimate scene, to see the actors perform in real-time in their ‘volume’, a 7m2 stage which translates into a 7km2 digital world.

Despite breaking the fourth wall, a taboo long since broken anyway, it added so much to my experience and excited me about the future of live performance.

Although it started development long before the pandemic, this brave new venture has offered an innovative way of connecting audiences from all over the world and bringing theatre right into the heart of people’s homes, at a time when we still can’t meet together.

Operating on a ‘yes, and’ model according to the team behind the production, this doesn’t offer an alternative to live, in-person performances, but an opportunity to enhance and innovate theatre through technology.

Personally, I can’t wait to see what’s next.