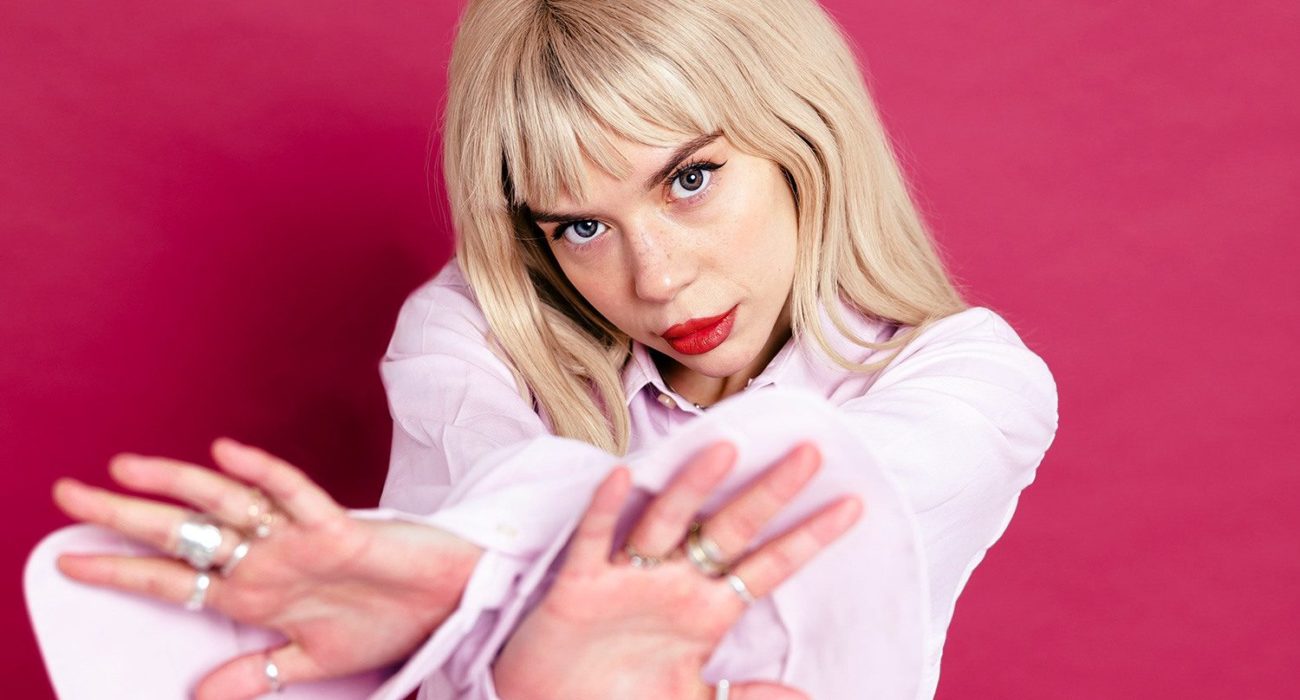 Chess clubs latest signee and self-described ‘indie Britney Spears,’ Pixey has announced her debut EP Free to Live in Colour, set to be released on the 24th of March, and you don’t want to miss this one!

The EP contains the title track, ‘Just Move,’ and ‘Electric Dream.’ With melodic guitar riffs and indie-pop soundscapes filtering throughout the released tracks, we can only expect phenomenal things from the rest of the EP.

Pixey, multi-instrumentalist, and self-producer has perfectly executed her sound which draws on dancey breakbeats throughout her indie-pop dream world. There is something for everyone in the Liverpudlian’s music, from hazy vocals, beautifully layered instrumentals produced with elements of drum and bass beats. It is hard to not fall in love and fully immerse yourself in each track!

I had a chat with Pixey about her journey with music, being a woman breaking out of the industry and what we can expect in the new EP.

Hi Pixey how are you?

Hi, yeah I’m really good thanks, how are you?

Yeah I’m good, So I heard you’re in the studio today,  can you give us an insight into what you’re working on?

Yeah I am, I’m in Parr street putting a tune together right now. So I don’t know if its set in stone or not yet but its certainly going to be in the next lot of music I’ll be bring out.

Did you always know you wanted to do music?

It’s weird, I didn’t always have that in my head that I was going to do it as a career, it was kind of like an unattainable dream for a long time, like it is for a lot of people. You don’t know how to go about it, there is no sort of how-to, and you’re not taught it in school. It was certainly something that came a lot later in life, as well as playing instruments, that’s not something I’ve always done. I only realised after I had a near-fatal illness in 2016, basically, I almost died, and I had this classic epiphany and realised I haven’t done anything with my life, I’ve not perused anything that I wanted to do. It completely put my sort of mortality into perspective and I was like I want to do something I actually enjoy.

Pixey is an Electric Dream in her own right

That’s amazing, and you self-produce as well don’t you?

Yeah, that’s one of the main things I actually enjoy about music. I used to suffer from really bad social anxiety, I was so painfully shy. The thought of singing or playing in front of somebody used to terrify me to the point that I would be sick before going on stage, but thank god that has all changed now. I got into the production side of it because I was so nervous about going into a studio, so I just thought I can do it from home. That’s also how I got into writing because when I was sick I couldn’t really leave the house, especially after trying to recover. So on my really old laptop completely not made for production, I basically started looping guitar parts on it because I couldn’t play and that’s how I started to write, and I do keep to that today.

What’s the story behind your latest single ‘Electric Dream‘?

That was written last year, I think it was one of the first songs put together at the start of lockdown. So that song is about all my anxieties shifted to an online presence. We have been stripped of all face to face interaction, and when everything suddenly shifted online and onto social media, that really freaked me out. You know there are a lot of people that can shout a lot louder than you on bigger platforms and with a bigger presence online and I just felt so small and tiny. I was really struggling to feel as if I had any value and I just put it all into ‘Electric Dream’ because it’s all about everything being digital but also not, you can’t really compare it. I guess imperfections, humans and life in reality, is so much better than in a digital world.

What was it like working getting signed to Chess Club records, who have seen the likes of Wolf Alice and Phoebe Green?

Yeah, it was really surreal at first because I’ve been doing this now for 4 years. For a couple of years, nobody genuinely was interested at all, quite literally! I was gigging around the city and nobody was listening, and I self-released my EP to kind of make a statement that I didn’t want a record label to be involved with it, and I was proud of that. But there is only so far you can go as one person when you don’t have that team behind you, and it’s really hard to have all those components when it’s just you.

“I was ready to quit, then Chess Club popped up”

It’s weird when you get signed, you don’t realise how many things go on behind the scene and how many roles there are in building you as an artist and making sure you are managed the right way. I was really lucky that I knew someone that had kept interested in my songs and music and he was like do you want me to help you get back into the swing of things, and at that point, I was ready to quit. Then Chess Club popped up, and I had my first interview over zoom, they were like where has this music been, this is great and we should really do something with this. It was great, they let me use all the songs I had produced myself and bobs your uncle that was it!

Do you think its harder to break out into the music industry as woman?

It’s weird, I don’t think its harder to break out as a woman but I think its harder for people to kind of not put you in a box. When I first starting bringing music out I think I was put in a box, and when I didn’t fit that box people didn’t know what to do with me. My music isn’t like Charlie XCX pop and its not like Clairo, she’s like lofi and chill, but I feel like women are put in a box.

When I came along and I was doing all these breakbeats and a bit of drum and base people were trying to compare me to other female artists, always asking who do you want to be like? But I don’t want to be like any of them, I like to think what I’ve been doing, hasn’t been done recently, and I think it can be really hard to fight for your corner of what you want to make and especially when people are trying to understand what you are about.

As well on the production side, you rarely hear of female producers.

I feel like as a male producer people put more trust in you, I don’t know why, but as a woman I do production but obviously, I didn’t study it. I’m yet to work with a female producer and that’s crazy. I feel like that side of it is very male-centric and that’s why I really wanted to get into it because I didn’t want to be thrown into a studio with somebody and not have knowledge about what the hell was going on and I didn’t want to feel dependent.

What can we expect from your new EP free to live in colour?

I am so excited about this, it’s a mixed bag but its still my sound which is so nice. It is kind of like a pick a mix, of all my favourite styles of music and writing all looped up together and packaged nicely in my overarching sort of style which you can expect. It’s a lot of internal anxiety and weird soundscapes but its also quite simple and melodic and that’s what I wanted to keep with the ep so I hope everyone does enjoy the two new tracks that come with the EP.

So finally, which song if you had to pick is your favourite?

My favourite song is ‘The Mersey Line’ and it’s just a big ode to Liverpool; which is where I went to school and grew up and now I am living. When I wrote it I was in Parr street in one of the offices, on my own, it wasn’t in the studio or anything. It’s like a sea shanty, like a Brimful of Asha style, which is just my absolute favourite.

As we wait for the anticipated EP, there’s no telling how far Pixey will go, if it’s anything like her latest releases there is no stopping her!