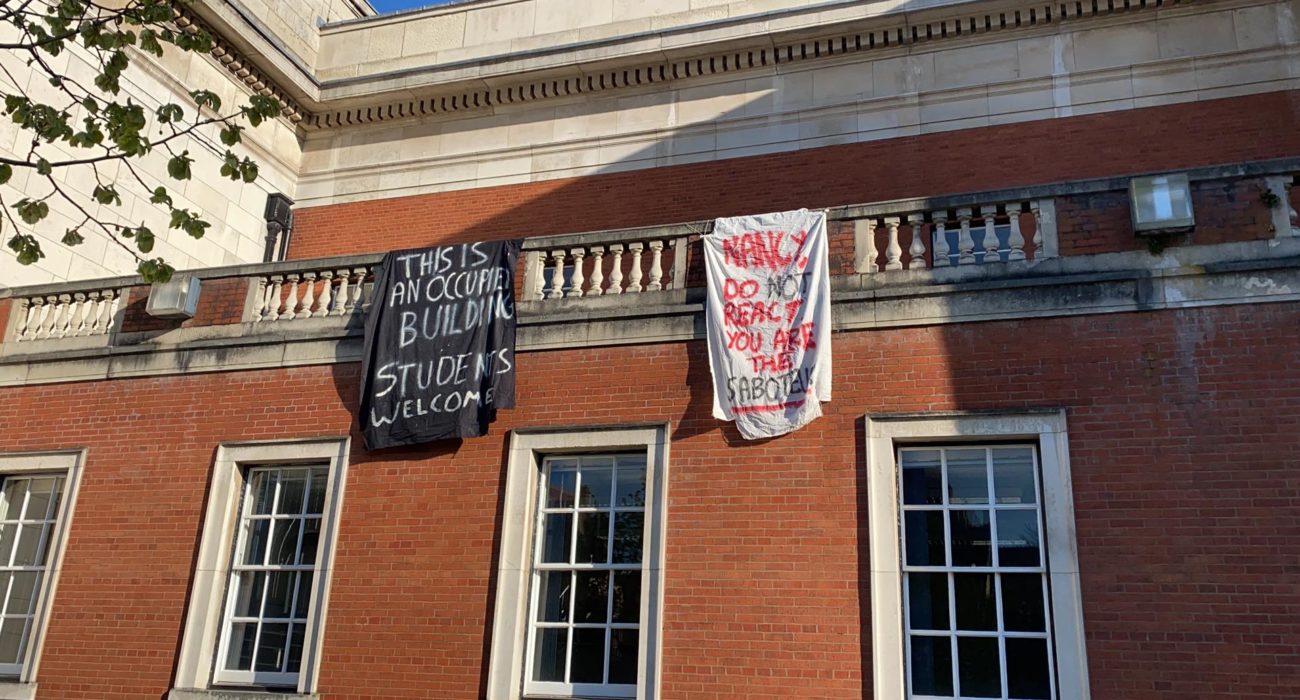 Students have occupied the University of Manchester as a protest against the treatment of students and staff since the beginning of the academic year.

This action is viewed as a last resort by the occupiers, after months of protests of various kinds.

The occupiers have written an open letter to Nancy Rothwell, which details the reasons behind this second occupation, in addition to the demands of the occupation.

A coalition of groups are involved: Rent Strike, the Nancy Out! campaign, Cops off Campus and Student Staff Solidarity UoM.

Students have announced that they will occupy the Samuel Alexander building on the main campus until demands are met.

They will not block students from accessing study spaces in the building in any way, and will remain quiet and respectful to students wishing to study inside the building.

The demands of the occupation are:

A University of Manchester spokesperson said: “A small number of students are currently occupying an area in one of our buildings without permission. Staff are on site to ensure safety and welfare. We would ask that the students leave. We understand that some of our students have concerns and we are continuing to work closely with their elected representatives.”

Although the University declined to comment on the specific demands of the occupation, a representative drew attention to a fact sheet released in March, in which the University highlighted some of the ways that they have endeavoured to support students during the pandemic, ranging from investment in IT and library resources to the Assessment Pledge.

Some of the more notable figure on this brief include a £600k contribution which has been added to the Living Cost Support Fund (LCSF) “to help those left struggling during the COVID-19 crisis.” So far 388 students have been provided with financial support from this fund, with awards paid out totalling over £283,000.

The University also highlighted an additional £450k, on top of the £3.8million budget, which was reportedly invested into mental health and wellbeing staff positions this year, alongside “£101K in innovations such as the SafeZone app and a new 24/7 mental health helpline.”

According to this document, “Students living in University accommodation who have not returned to their accommodation since the national lockdown announcement on 5 January are not being charged until the end of the current restrictions, or the date that they return to their accommodation in Manchester.” Students are also able to break their halls accommodation contracts at any time during this academic year “without financial penalty”.

However, the current occupation appears to indicate that, despite these provisions, some students remain deeply dissatisfied with their experiences at the University this academic year.