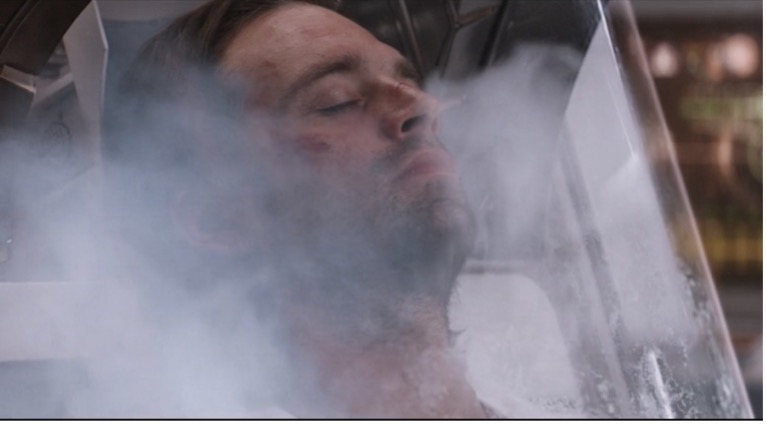 You bolt awake, shivering from the icy air that surrounded your sleeping pod. It’s disorienting, the unfamiliar sights and sounds that greet your senses. A white lab coat approaches you and says “You’ve been in cryo-sleep for 100 years. Welcome to the future.”

Cryo-technology is a common trope in science fiction. The freezing of a human and thus inducing deep hibernation is a concept, rooted in science, to extend and preserve the lives of mankind. This technology is commonly referred to as cryogenics, or the science of preserving materials at extremely low temperatures. Currently, a related branch called cryonics more accurately describes the sci-fi idea. Cryonics is a storage technique of freezing a body for later revival after a person’s death, and today it is becoming more science than fiction.

The science behind hibernation

The concept of cryonics is based off of hibernation. We first learn about hibernation through animals during the winter, a brown bear deeply slumbering in a cave till its spring reawakening. However, hibernation is more than sleeping. Hibernation is nature’s “energy saving device” that involves physiological changes to the animal like lowered body temperature, heart rate, and metabolism to conserve energy during periods of little to no food available. Mammals like bears and humans are considered “endothermic” which classifies warm blooded organisms that can self-regulate their body temperatures when given sufficient energy sources like food. Cryonics, specifically in sci-fi entertainment, attempts to suspend humans in a state of hibernation to conserve body resources and energy (very much like bears in the winter) for extended periods of travel through time and space, essentially creating time travelling, immortalized superheroes.

“Put him on ice!”: humans in hibernation

The most famous examples of humans undergoing cryonics throughout science fiction history are in fact heroes. Science fiction boomed in the 80s, the famous Star Wars franchise dominating the entertainment industry. In the second movie The Empire Strikes Back, Han Solo undergoes forced hibernation in a carbonite coma that draws from the icy science of cryonics. Marvel’s Captain America, aka Steve Rogers, crashes his jet into the Artic ice in 1945 only to be discovered alive and preserved nearly 70 years later in 2011. Steve’s best friend Bucky Barnes also underwent cryonics several times in his life as a brainwashed assassin for the villainous group HYDRA. In the 2016 film Passengers, stars Jennifer Lawrence and Chris Pratt wake up 90 years too early from their 120-year cryo-sleep journey to a distant colonized planet in the galaxy and must heroically save the remaining human population onboard.

Special effects and superhero propensity to survive almost any situation aside, how does hibernation work in humans? Low temperatures affect the physiology of humans in a similar way to animals that hibernate regularly, with lower metabolism and reduced bodily functioning. However, the extreme cold needed for cryonics to work like it does in the movies poses a few challenges to human biology, especially to the brain. The brain is sensitive to oxygen levels that are maintained when the body is healthy and the heart is pumping oxygen filled blood. If a human undergoes cryo-preservation technology, the brain must be protected during a period of reduced nutrient and blood supply. There is also potential for the neurological basis of memory to be affected during the time of cryostasis. Additionally, sub-freezing temperatures could cause lethal damage to cells and tissue of organs that can no longer function at the suboptimal range.

In basing this technology after scientific models in the natural world, sci-fi creators craft stories rooted in compelling realism that make room for imagination in technological advancement. The challenges of cryonics-inspired research and innovation are to make this less science fiction and more reality. The development of cryoprotectant, using compounds like glycerol to protect cells from freezing injury, lessened the threat of the extreme temperatures of cryonics on the human body. After the injection of cryoprotectant and other protective chemicals into a legally dead body, blood is drained, the body is cooled even further and placed into liquid nitrogen for cryo-storage.

Today, there have been a few hallmark cases in which this very real and very expensive process of cryopreservation has been performed. In 2016, a 14 year old girl dying from cancer convinced the UK courts to allow the frozen preservation of her body in the hopes that “in the future they may find a cure for my cancer and wake me up”.  NASA has joined in on the frontiers of cryonics innovation, working to develop a cryonics habitat for astronaut transport to Mars by inducing hibernation through low temperatures and feeding the astronauts nutritional fluids through intravenous tubes.  Also becoming more widespread, even to those who are not astronauts, is the concept of cryotherapy to freeze off warts, contribute to pain relief and reduced inflammation, and help treat cancerous cells in the body.

Cryotherapy is still an emerging practice and many benefits and risks have not been fully explored. While you may not yet be able to freeze yourself to sleep and reawaken a century in the future, sci-fi has inspired cryonics to be taken off the back burner of scientific innovation. Instead, we have put it on ice.