‘The Girl From Rio’ is giving us the representation we needed

Over the past few weeks, the international superstar Anitta has been teasing her fans with historical photographs of Rio de Janeiro, Brazil’s most famous city, and the singer’s birthplace. Aside from Anitta’s continuous journey of political activism – which she mentions extensively in her latest Netflix documentary Anitta: Made in Honório – these photos are also part of her latest musical campaign, promoting the single ‘Girl From Rio.’

The song covers many themes which are unique to Anitta’s story and which her fans would recognise: her honesty about her cosmetic procedures and her desire to show real bodies; her openness and confidence regarding her sexuality; her humble roots in Rio’s favelas; and her family’s importance in her life and career.

Anitta’s music videos are infamous, with over five billion views on her YouTube video for her hit song with Cardi B and Myke Towers, ‘Me Gusta.’ Her captivating visuals, beautiful scenes from Brazil’s diverse landscape, and representative fierceness have become a trademark, and her latest video does not disappoint.

The first thirty seconds might sound familiar to many as it samples the 1964 infamous song ‘Garota do Ipanema’ or ‘The Girl From Ipanema’ – an icon of Brazilian music. This song has been covered hundreds of times, in both Portuguese and English – but Anitta isn’t here to cover, she’s here to innovate and to shine some light on the Rio she is from – one that is very different from the affluent neighborhood of Ipanema. 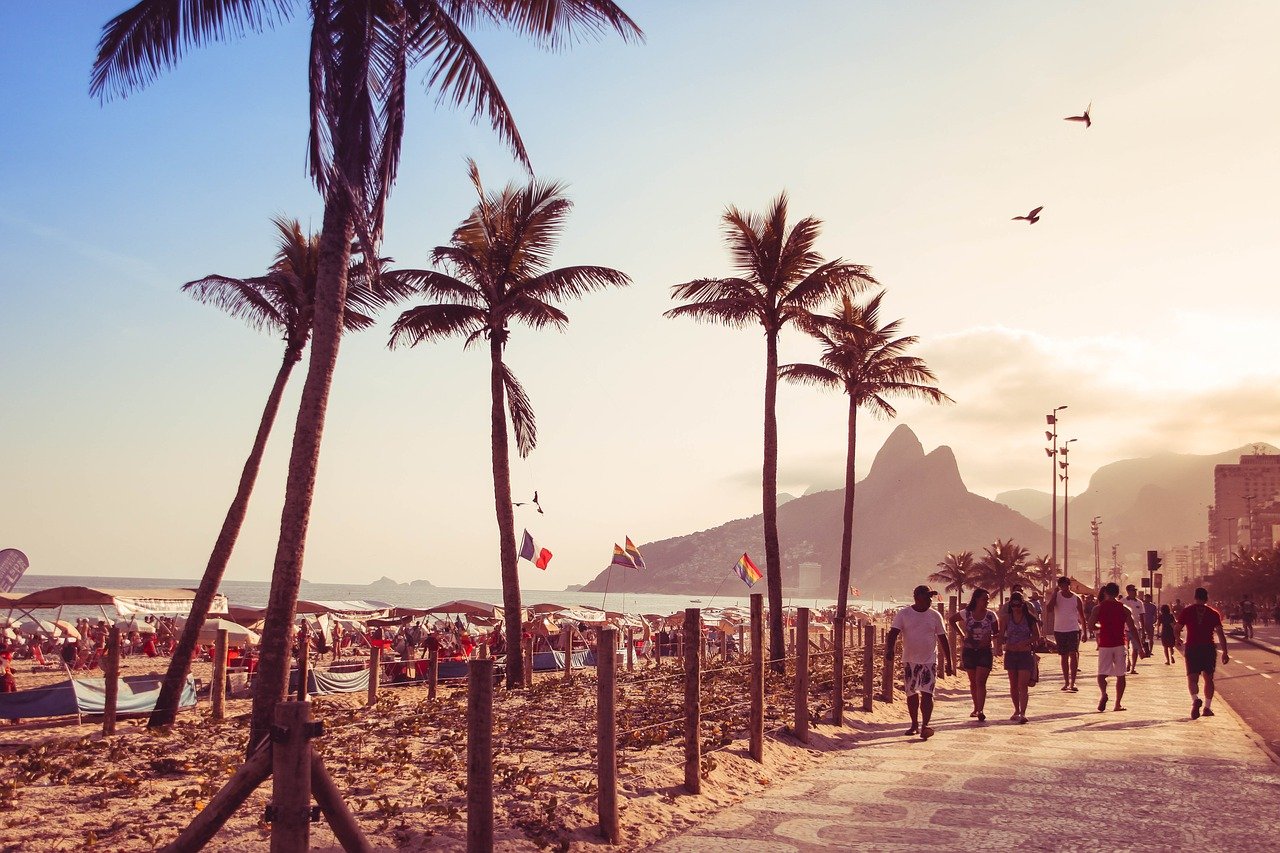 Anitta is very open and proud of her origins in Honório Gurgel, a poorer area of Rio. The song and video take us ‘behind the scenes’ to see the Rio “you meet when you don’t have no Real” (Real is the Brazilian currency). This is what Anitta ultimately wants to represent with ‘A Girl From Rio’, the version of Rio she knows and is happy to share with the world, one where: “we don’t look like models / Tan lines big curves and the energy glows / You’ll be falling in love with the girl from Rio.”

Indeed, this is one of the most exciting and refreshing elements of Anitta’s latest visuals: the body inclusivity, diversity, and representation. Of course, she has not been the first or will she be the last to do this. Brazil is an incredibly diverse country, in terms of ethnicity, culture, and class – there is such a wide variety of people, but this doesn’t always make it to global representations, so that Brazilian people often get shoehorned into stereotypes. 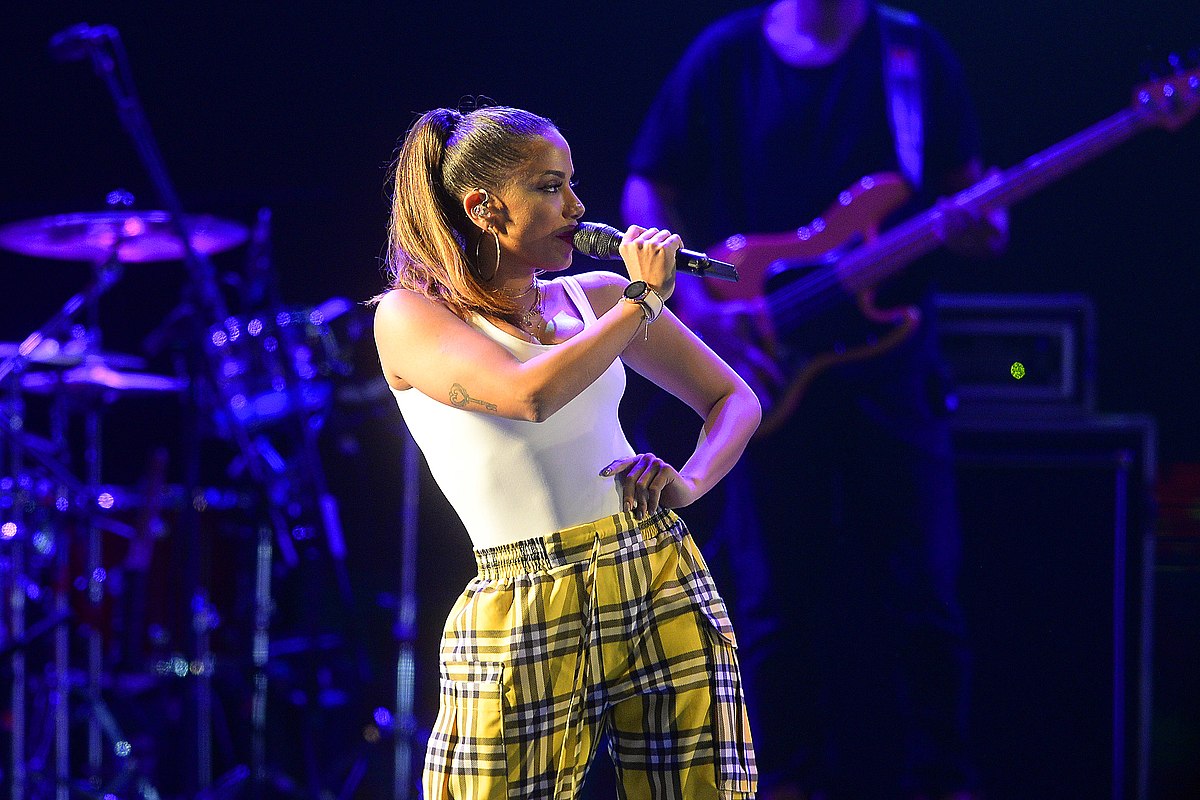 Another element the young singer is proud to discuss is the addition of a new family member. Back in 2019, Anitta discovered she had another brother who her father had unknowingly conceived before getting together with Anitta’s mother. The singer has spoken openly about how happy she was to find out she had another sibling, as family means so much to her. In the song she asserts “Just found out I have another brother / Same daddy, but a different mother / This was something that I always wanted.” Later on she also refers to young love in her home region of Honório saying that there are “Babies having babies like it doesn’t matter.” This is a subtle nod to Brazil’s continuous population growth – without being judgmental however, it is simply a reality.

The final element to bring the whole beach daydream together is Anitta’s own love affairs which are constantly being dragged out in Brazilian media. Despite the constant criticism Anitta faces as a young queer woman who is open and confident about her sexuality, Anitta has not shied away from sharing her personal life, as she sings “I just had to leave another lover / Guess he couldn’t handle my persona.” In fact, this honesty is something that her fans seem to adore, and it explains the success of both of her Netflix documentaries which do not hold back, hoping to show as much of the real Anitta as possible. 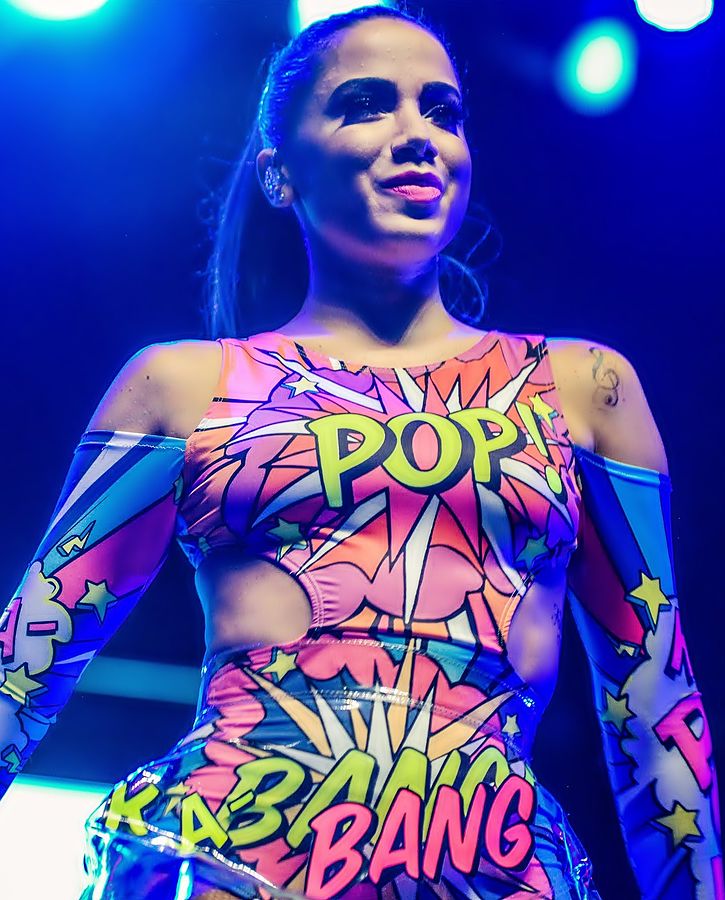 Although she has only made it big internationally in the last few years, and especially with her collaboration with Cardi B and Myke Towers, Anitta has been professionally active in Brazil since 2013. Although she admits to being far from perfect, Anitta has achieved a series of accolades, both national and international, and has launched her career in the three languages shes is fluent in: Portuguese, Spanish and English – as well as dabbling in Italian. In addition, she is a businesswoman and an environmental and political activist – it seems like sky is the limit for this girl from Rio.

Catching feelings is never easy, especially when they live hundreds of miles away. How do you get over it and find love closer to home?

Exam stress can be all-consuming at times, but how do you stay productive without becoming a shell of yourself?

A student stuck in a toxic relationship needs out, but can’t seem to stay single for long. Can Aunt Angela help them dump their ex guilt free?

A Fresher’s Guide to: Student cleaning

Planning on making friends at university, or bringing someone back to your place? Do yourself a favour and keep a hygienic home!