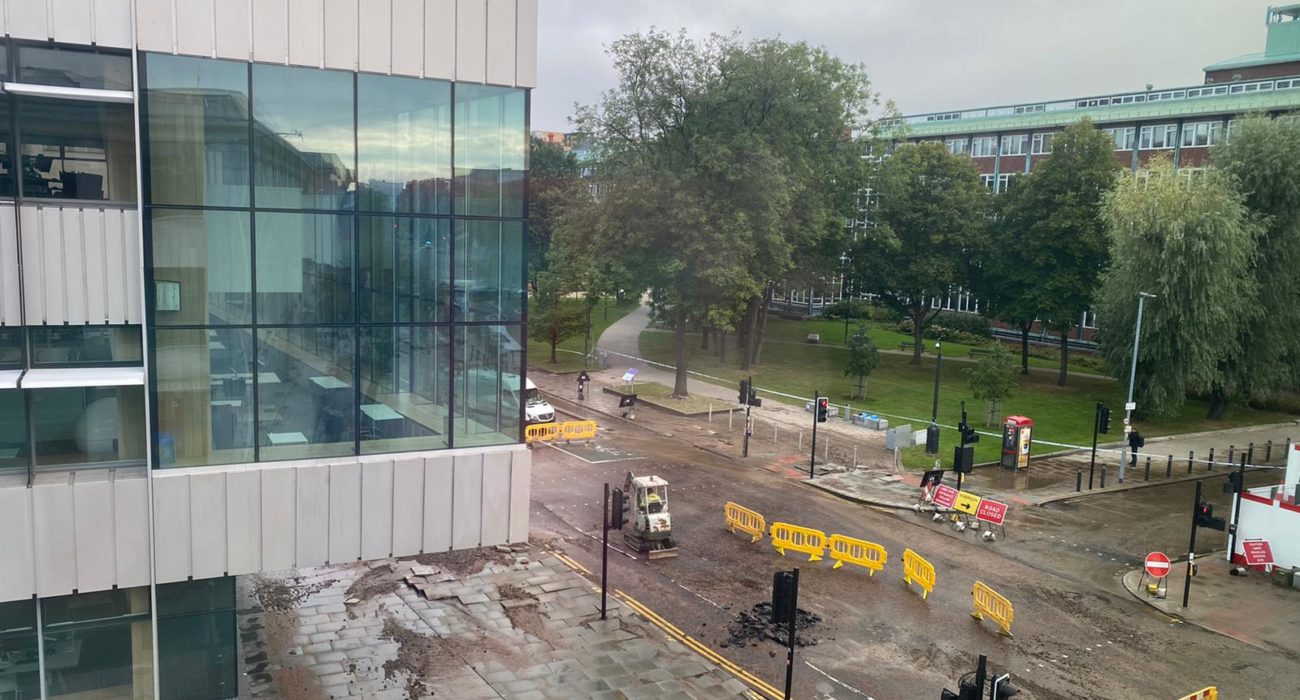 A burst pipe on Oxford Road. Photo: The Mancunion

The University of Manchester is advising students not to travel to main campus this morning due to a burst water pipe on Oxford Road which has flooded some of the University’s buildings.

A section of Oxford Road and the surrounding University campus is currently cordoned off, meaning buses and other traffic are currently unable to pass through the area.

Students who were planning on running a stall at the Societies Fair today have been notified that day one has been cancelled. A new date for the fair is yet to be confirmed.

Oxford Road is currently blocked by numerous fire engines and police officers who are redirecting traffic to Grafton Street.

Pedestrians still allowed to walk under tape up to campus but expect delays and changes to your route if you plan to travel in the area this morning by bus.

The Students’ Union is closed to the public for the day and have turned off water supply as a result of the damaged pipe.

An SU spokesperson told The Mancunion:

“We are aware of a major water leak which is affecting travel, access and supplies to several buildings on campus around Oxford Road. Please avoid this area of campus for the time being. We will update you as soon as possible.”

The following buildings are currently confirmed as shut:

At the moment, all other buildings remain open.

Students involved in the sports fair have been emailed about setting up at the Armitage Sports Centre.

Below is a status update of all events due to take place today:

This is a breaking news story, more to follow.