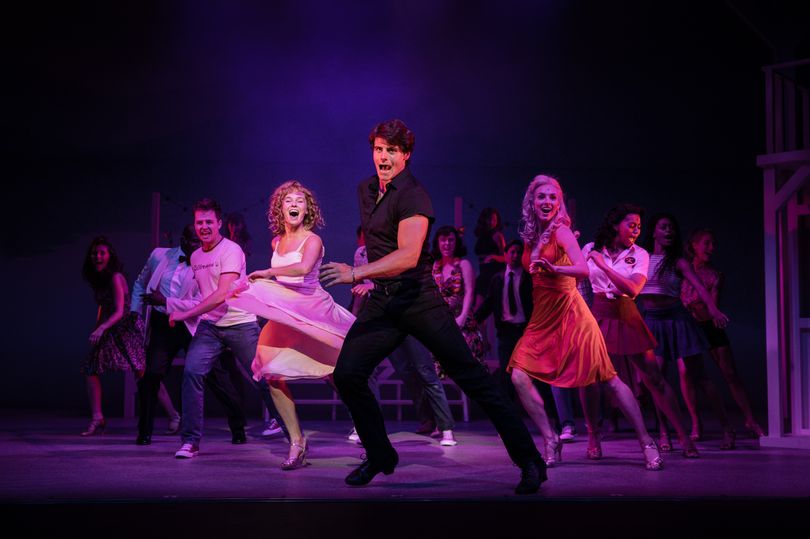 Dirty Dancing is one of the most classic films ever made, starring the late, great Patrick Swayze and the dazzling Jennifer Grey.

I couldn’t help but think that if I’d grown up watching Dirty Dancing, or even if I’d bothered watching the film before catching the stage adaptation, I’d have enjoyed it more. I knew the basic storyline and had seen bits of it but not enough to recognise it onstage.

The same could be said for Pretty Woman, which I caught in the West End a few weeks ago. Whilst I loved seeing Aimie Atkinson, Danny Mac and Neil McDermott on stage again – especially in the West End, whilst I’d previously seen them in Manchester – I didn’t particularly enjoy the musical as a whole.

Whilst the feminist (and Politics graduate) in me wants to criticise both musicals – especially Pretty Woman – for their problematic storylines, I can appreciate the nostalgia for those who grew up watching the iconic films.

Still, even fiction based on old films (and/or set in the past) can tackle “modern” issues (modern in so much that they have always been issues but only recently have we properly acknowledged them). There are often missed opportunities when writers and directors work hard to stay “true” to the original source material without engaging with the present.

I think this might have been part of the problem for me: I didn’t grow up with these films so they weren’t nostalgic for me, instead, they felt a little dated.

I imagine that it will be totally different when I catch the brand new stage adaptation of Bedknobs and Broomsticks in a few weeks, for that was one of my favourite films growing up – even though it’s older than both Dirty Dancing and Pretty Woman!

Likewise, I love old musicals – think tap dancing extravaganzas 42nd Street and Anything Goes (the latter of which I saw two days before Pretty Woman, so Pretty Woman stood no chance).

The issues I had with Dirty Dancing do not stop there, though.

I love an elaborate production in a musical, but Dirty‘s set was very disappointing. It was essentially the same set all way through: a cheap-looking backdrop and a few bits of set which came and went.

I’m not sure if it’s a budget issue or a creative one, but the set was so lacking that it looked kind-of amateurish – like a high school production, albeit one with a big budget (for a high school).

One of the best things about the original film is its music. Set in the 1960s, the film created nostalgia for 80s viewers with its use of smash-hit singles from the 60s.

The stage adaptation used all of these songs, as well as some songs which the film could not get the rights for – which was pretty touching, if not even cathartic.

It’s the way that the musical included and handled the songs, however, that I found quite odd.

I had expected the actors to sing the iconic songs from the film – even if they had to be placed in different scenes to make more sense in the story. Think how jukebox musicals about artists do not necessarily place songs in a linear story, i.e. in the year in which they came out. Instead, they place them where they work in the story.

Instead, snippets of the iconic songs from the film were played in the backgrounds of scenes, as was the case with the film. Some people might like this creative decision because – it felt like a direct screen-to-stage production – but I thought that the songs felt a little out of place.

Again, I imagine fans of the original film had a very different (nostalgic) experience.

It would have been nice for at least some of the songs to have been sang by the actual cast. At times, the musical felt like a play with music.

If I remember correctly, the opening of ‘Be My Baby’ opened both acts, but never was the song actually played. As a big fan of this song, I was hoping that the song would have had more of a presence – especially given the main character’s name: Baby!

This had me wondering how the musical would treat ‘(I’ve Had) The Time of My Life’ – would it be a backing track, or would they actually perform it?

Surely, they’ll sing this one live, I thought.

To my delight, it was performed live, but to my disappointment, it was not sang by Johnny (Michael O’Reilly) and Baby (Kira Malou). Instead, it was sang by two background characters – both great vocalists – whilst Johnny and Baby did their iconic dance (and that lift). It then turned into an ensemble piece.

Having other characters sing that song allowed the actors portraying Johnny and Baby to focus on their dancing – and they did an incredible job, as did all of the dancers throughout the show – but they were both triple-threats, so I’m sure they’d have managed to do both.

Speaking of the actors who played Johnny and Baby – O’Reilly and Malou – well, for all my criticisms of this musical, they were perfect in their roles. They oozed sex appeal, and their chemistry was explosive.

It all made sense when I discovered that they are a real-life couple. I imagine they got together during the last tour of Dirty Dancing (yes, they’ve unsurprisingly played these roles before).

O’Reilly was particularly captivating. Right from the get-go, he stole the spotlight. He walked on stage with character and poise, drawing loud woos – especially from the straight women in the audience.

The straight women in the audience – oh, and let’s not forget the gay men – were treated to a glimpse of O’Reilly’s backside during the (after) sex scene. His tight pants left little to the imagination, but this was the show that kept on giving…

O’Reilly stood up, wearing a thong with see-through straps, and flashed the audience – drawing loud woos.

All of a sudden, the temperature in the theatre rose; if the sex scene lasted any longer, the auditorium would have turned into a sauna!

I’ve noticed that sex scenes in films and television shows often end with the man standing up and showing his behind, so it was funny seeing a theatre production copy this convention.

The aforementioned women in the audience had to be a highlight of the night – at times, they were more entertaining than the actual show!

It was amazing watching middle-aged women transform into teenage girls.

Ostensibly, it was hilarious, but on a deeper level, it was actually quite cute – these women had grown up watching this film (and crushing on Patrick Swayze, aka “the sexiest man alive”), and now they’re getting to see it in the flesh (literally).

Whilst I usually find loud, giggly audiences annoying – if not even obnoxious – I was not enjoying this show enough to care about all of the distractions. At time, they were a welcome distraction…

I did feel quite bad for O’Reilly and Malou, however, at the end of the first act. It was an emotional scene, in which they realise and confess their love for each other, but much of the audience was in hysterics for some reason.

A chunk of the audience at the back left kept talking and giggling. I recall somebody making a joke – which I did not catch – and loads of people around them bursting into laughter. It was the strangest audience experience I’ve ever had, and whilst I found it quite entertaining, I was glad to be just moments away from the interval – but not as glad as I was when the second (and final) act drew to a close…

Whilst my review has been a little scathing, it’s important to look at the context: musical adaptations of old films aren’t made for twenty-something theatre reviewers.

For all my criticisms of this show, I can appreciate that it was made with a certain demographic in my mind – and they absolutely loved it, so the musical achieved what it had intended to.

Dirty Dancing tours the UK throughout 2021.