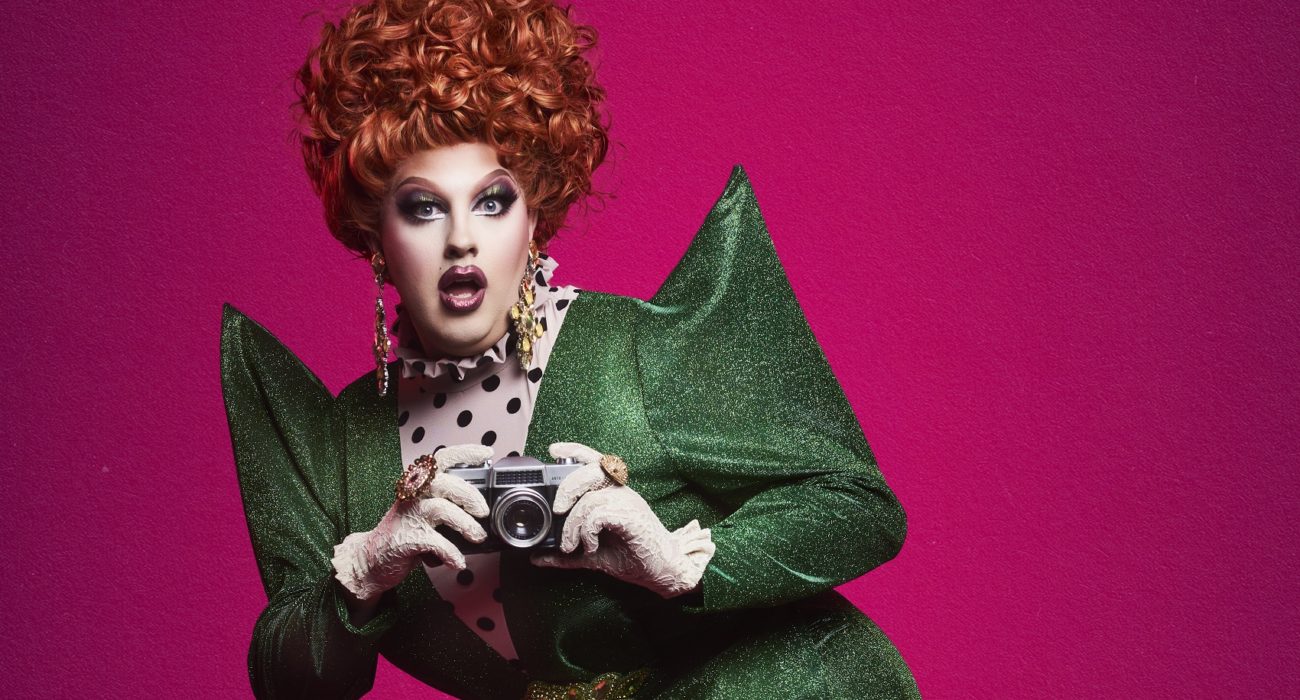 Death Drop is an excitingly camp and comedic murder mystery written by Holly Stars and starring a cast of exclusively drag performers, including William, Ra’Jah O’Hara, Vinegar Strokes, and Karen from Finance.

The show, set in 1991, sees a group of guests gather on the mysterious Tuck Island for an unforgettable dinner party.

As the outrageous guests reveal their suspicious pasts, tension rises until buzzing scenes of finger-pointing and speculations unnervingly reveal who dunnit!

The Mancunion had the opportunity to interview RuPaul’s Drag Race Down Under star Karen from Finance on her new role in this exciting, new drag murder mystery.

How did you get involved in the project?

I’ve met some of the production crew on one of my last trips to the UK, and I’ve been looking from afar at the genesis of Death Drop and it all coming together.

How has it been playing in front of an audience?

It just has been the most fun. Holly Stars has written not only the funniest show but also the most clever show. There’s a lot of giggles and laughs, but the way it’s put together and the way the story unfolds is really really clever. It’s also such a huge and incredible production as well, and with the amazing cast delivering it, it’s a fully exhilarating experience to be part of and a thrilling show to watch.

Could you talk more about your role?

I play one of the dinner guests at the house in which the play is set. Her name is Morgan Pierce, an infamous newspaper editor and a lil bit of a ‘nasty pasty’.

Can we recognise some of Karen from Finance in Morgan Pierce or are they completely separate?

They’re completely separate. I like to say that Karen from Finance is this lovable finance worker that works at the bottom of the department while Morgan Pierce is a fierce CEO. The characters are very different so I play them quite differently. It’s so much fun being given license a free rain to go in and be a villainess.

How have you found the UK?

I love the UK! This is my fourth time over here, it’s such a vibrant and exciting place, not only to be but also the drag scene as well. Australia is still in strict lockdown, so it’s been an absolute blessing, not only to work again but to work hard.

How does the drag scene in the UK compare to Australia?

The drag scene here is really forward-thinking and very diverse and very exciting. I have always found that the drag scene in the UK is a lot more cabaret-based. It’s a lot less about lip-syncing and having the most beautiful look but rather about characterization and performance which is really exciting for me. It’s been amazing getting to know and getting to work with Drag Kings on this show. The Drag King scene is a lot more popular here than it is back in Australia. I’ve been out to nights at The Box or The Glory.

There’s been a huge surge in new drag content. What do you think might happen within drag in the near future?

I think the possibilities that drag offers are endless. I think now with the widespread acceptance and understanding of drag, we’re just going to see it grow and grow and grow. And not in formats that we already know like film or tv but I like to think that it will surpass even that.

What do you see Karen from Finance becoming in the future?

Doing a show like Death Drop has been a dream of mine forever, and so to be realising that sort of dream already is so exciting, and I’m looking to work more in the realm of theatre. Of course, I’m already part of the cabaret scene back home, but I’m really looking to explore further the realm of drama and just explore everything that drag has to offer outside of clubs.

About your name: ‘Karen from Finance’ has an obvious meaning and a lot tied to it. Do you find it restrictive at times to have such a strict persona?

I see it as the complete opposite; I don’t see it as restrictive at all. It gives me a point of difference and has opened up so many doors and opportunities that I otherwise wouldn’t have considered. The specific character and name that I have come up with has allowed me to do things like representing a banking organisation at a makeup festival because I bring makeup and finance together. I have been booked to go to major company head-offices at the end of financial years and entertain by reading end-of-year reports. The opportunities that my character offers are really not restrictive in any way. They’re broad, if anything.

How was it being part of the very first RuPaul’s Drag Race Down Under season?

How significant do you think it was for Oceania to have Drag Race come over?

It has to an extent split the community. There are those that didn’t really want Drag Race to come because it does focus on a very specific part of the drag scene, but on the other hand, Australia has some amazing drag performers and amazing people that would definitely benefit from the exposure of such a show.

How impactful do you think a show like Death Drop is to the drag scene as a whole?

I don’t think the world has ever seen a touring Drag murder mystery like this before, but most importantly, we are taking this show to towns that have never seen something like this before. We are doing the big cities but then we are also going to places that don’t usually have a queer scene, and there are queer people everywhere. Apart from having the shows in these places, having the posters and the billboards advertising for it is really exciting for young queer people. It really shows the opportunities that are out there for queer people.

Death drop plays at The Lowry until Saturday 17th October before continuing to tour around the UK.