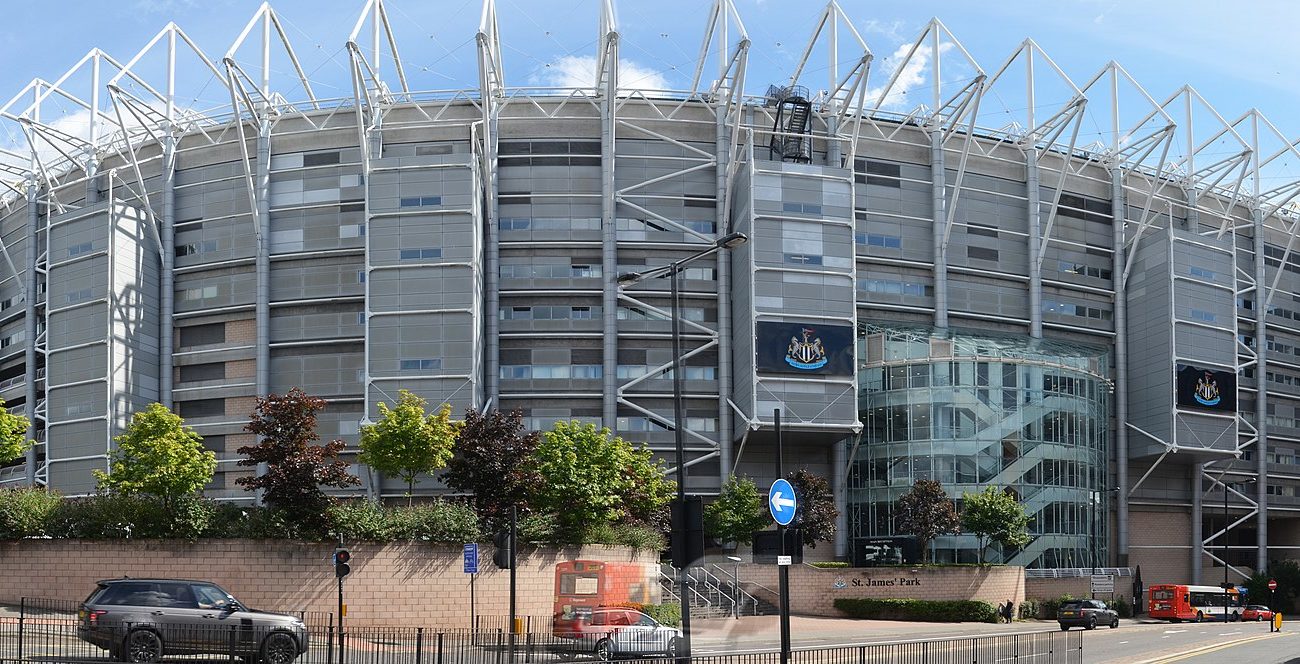 There were jubilant scenes outside St James’ Park on the day Saudi-Arabian backed takeover was announced. Newcastle fans celebrated as it spelt an end to the miserable reign of the hugely unpopular Sports Direct owner Mike Ashley. Former players and others associated with the club also shared their delight, with Newcastle legend Alan Shearer describing it as a ‘special day’.

However for those who have been affected by the at times brutal Saudi Arabian regime, news of the takeover was painful. The fiance of Jamal Khashoggi, the journalist whose death was allegedly ordered at the behest of one of the club’s new directors Mohammed bin Salman, described the acquisition as ‘heartbreaking’.

The takeover valued at £305 million was sanctioned by the Premier League after assurances were given that the Saudi state would not control the club. Instead, the Public Investment Fund (PIF) led by Bin Salman will own the club, a sovereign fund that has been built largely from oil sales. Oil money, and its enormous impact on football is nothing new, but it does raise further serious questions about the morality of the English game.

Since 2004 the Premier League has required a ‘Fit and Proper Owners Test’. This does not focus on moral issues but looks to ensure owners can afford to financially maintain the club. It is staggering that there is no political focus on this test, and that Bin Salman can so easily purchase a Premier League club.

As the Crown Prince to Saudi Arabia, he presides over a regime where women could not legally drive until 2 years ago. Capital punishment such as stoning occurs, and those accused of homosexuality can face the death penalty. Human and women’s rights activists are jailed, and Bin Salman encouraged a bombing campaign over Yemen, furthering the humanitarian crisis there.

The acquisition of Newcastle is a classic example of sportswashing. It is a vanity project, designed to enhance the reputation of Saudi Arabia throughout the world. Much like with Manchester City or Paris Saint-Germain, entire nation states become linked to popular and world beating clubs. Whilst Manchester City post videos on their social media pages of players enjoying the hot weather during mid-season training breaks in Qatar, slave labour occurs and thousands have died from building stadiums in the desert in preparation for the 2022 World Cup.

There are financial fair play restrictions that might prevent Newcastle from spending infinite amounts, but as shown by Manchester City overturning their Champions League ban, it seems being backed by an oil rich nation allows you to bend the rules. These nations are more powerful and wealthy than any football institution and can therefore act accordingly.

The sight of a good owner in the English top division is becoming increasingly rare, with the number of dodgy and morally bankrupt owners in the Premier League rising. It was refreshing when Huddersfield Town were promoted to the Premier League in 2017. Their owner was Dean Hoyle, a lifelong supporter of the club, and someone who was truly passionate about the team they owned.

Manchester United and Arsenal fans will lament over the state of their ownership. Once considered as some of the most elite clubs in the Premier League, the Glazers and Stan Kroenke have plunged these two great clubs into debt and have shown no real care to the teams that they own. They seemingly view their ownership simply as a business, and as a way to increase their vast fortunes, rarely attending matches or showing support for their teams. There is no greater example of this than Manchester United’s presence on the New York Stock Exchange. These owners treat their fans or ‘customers’ with contempt. Mike Ashley neglected Newcastle, and the team were relegated twice under his tenure. However, the poor running of a club is incomparable to numerous human rights’ violations.

It is questionable how Roman Abramovich amassed his fortune, with his murky past. He has been accused of fraud, blackmail, bribery, and is even ranked as the largest individual polluter in the world. Owners of this ilk bring football into disrepute. Football is historically a working people’s game, and whilst it has moved away from its roots since the creation of the Premier League in 1992, money has become further paramount. This is something we have to accept. Nonetheless, it is still sad to see how easily a country that stones people, vilifies the LGBTQ community, and murders journalists can take ownership of a club. Saudi Arabia will form relationships with the Tyneside club, and this will distract people from the wrongdoings of the Saudi princes and its government. This should not be allowed to happen. Football must not allow itself to become a further propaganda tool to unethical super wealthy regimes.

Newcastle fans will try to ignore the immorality around the takeover deal. The potential of competing in Europe and at the higher end of the Premier League table is an enticing prospect for a fan base who have for so long been treated to season after season of underachievement and mediocrity. They will point to Mike Ashley’s underinvestment and lack of commitment towards the club. Until the signing of Paraguayan international Miguel Almiron from Atlanta United in 2019, their record signing was Michael Owen for £16 million in 2005, with Alan Shearer’s £15 million transfer in 1996 being next on the list.

Transfer fees had skyrocketed in that period and the lack of expensive signings massively hampered Newcastle’s ability to fight amongst the top end of the table. Therefore it is understandable to see elation from Magpies fans. There will likely be success delivered to Newcastle in the next decades with huge investment from the Saudi PIF, but it will come with questions over what price footballing success is worth.

Ultimately there is little fans can do to impact the Premier League’s decision to approve the Saudi backed takeover. We saw fans, players, and managers come together from all across the footballing world to condemn the European Super League, and they were of influence then. However, to the powerful football institutions, such as FIFA, UEFA, or the Premier League, money is a very powerful bargaining tool. The Saudi PIF certainly has this in abundance. It is sad how influential money has become in the beautiful game. Newcastle are a proud club, founded in 1892 by the merger of Newcastle West End and Newcastle East End. Their purpose is now not merely to win football games and entertain local people in the city. Instead they are also a tool used to try to soften the view of Saudi Arabia, and the many human rights violations that are committed there. The Premier League needs to change its Fit and Proper Owners Test and look at how it can facilitate sportswashing with such ease.