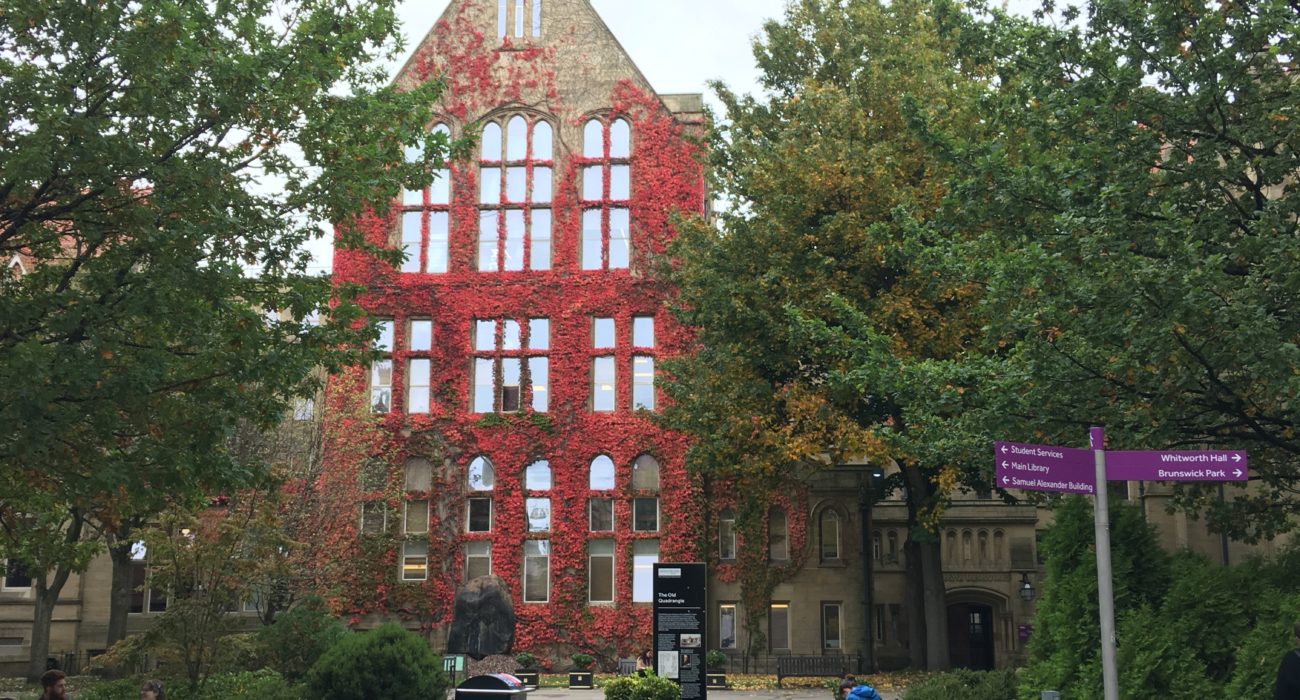 All around campus, the signs of autumn can be seen creeping in. Namely in the form of the leaves changing colour from green to yellows, rusts and bronzes. Although it seems magical that the plants know to undergo this spectacular transformation every year, it is actually all explained by something perhaps even more astonishing – science!

The first questions we all probably have are: what gives leaves their colour in the first place, and what causes the dramatic change when autumn comes around?

Leaves contain different pigments evoking different colours. Chlorophylls are green, xanthophylls and flavonoids are yellow, carotenoids are orange and anthocyanins, red. Each pigment absorbs different wavelengths of light emitted by the sun, and the colour they appear corresponds to which wavelengths are reflected. The light absorbed is required for photosynthesis, when light energy is converted into chemical energy which can be used by the plant.

The changes in pigments are aligned with the change of weather and daylight hours during the autumn season.

The earth is tilted furthest away from the sun in winter and closest to it during summer. The north and southern hemispheres tilt in opposite directions, so the seasons occur at opposite times too; when it is winter in the north it is summer in the south, autumn in the north is spring in the south, and vice versa.

During autumn, the earth tilts further away from the sun than during summer. This means that the amount of daylight received in 1 day (1 spin of the earth on its axis) is reduced. Nights are longer and days are shorter. Daylight hours also decrease with latitude; the curvature of the earth due to its almost spherical shape means that regions with higher latitude (closer to the poles) receive even less light, as they curve away from the sun.

The earth’s curvature also affects light intensity in autumn. Higher latitudes have greater curvature in relation to where the sun is above the earth, so the amount of sunlight is spread over a greater area.

The sun’s rays must also travel through more atmosphere before reaching the earth’s surface, which decreases their intensity. Tilting away from the sun during autumn furthers this.

The combination of reduced daylight hours and decreased light intensity during autumn causes the cooler temperatures that are associated with the season.

How do these changes affect the colour and presence of leaves?

Cooler temperatures and less direct sunlight cause the breakdown of the pigment chlorophyll. Most of the chlorophyll’s nutrients are extracted from the leaves for use by the rest of the plant, revealing yellow xanthophyll and orange carotenoid pigments. These are always present in the leaves but are usually masked by the green chlorophyll.

Cool temperatures and bright light at the end of the summer contribute to anthocyanin production, which causes the red colouration of leaves. All of these pigments are slowly degraded during the autumn season and their nutrients are absorbed, eventually causing the leaves to turn brown.

The production of the plant hormone auxin decreases as days shorten and temperature cool triggers elongation of the abscission layer, a layer of cells formed in the spring where the leaf stalk joins the stem of the plant. This thickening weakens the attachment of leaves, eventually causing them to fall. This process is known as abscission.

What is the purpose of colour change and leaf fall?

The simple answer is because it provides evolutionary advantages.

Photosynthesis has high energy and resource cost. Most importantly it requires light, which (as we have just covered) there is very little of in the colder and darker seasons. The autumn changes occur in preparation for winter, where trees can instead conserve energy by staying in a state of dormancy.

But scientists now believe colour change may have other benefits.

The red anthocyanins produced in autumn are thought to protect the leaves from damage due to the effects of light at low temperatures. This shielding allows time for the plant to reabsorb nutrients from the breakdown of the other pigments.

Autumn colours could also be a form of co-evolution, warning insect pests such as aphids that the tree will shortly stop producing sugars and simultaneously ridding the plant of these parasites. This benefits both the tree as the host and protects the insect pests.

Shedding leaves helps trees to avoid desiccation (drying out) during winter by preserving moisture in their branches and trunk.

It is so intricate and fascinating how and why these changes take place. So, next time you travel up to Oxford Road and see the changing trees, take a moment to appreciate the complex science behind how autumn creates such a beautiful colour palette.