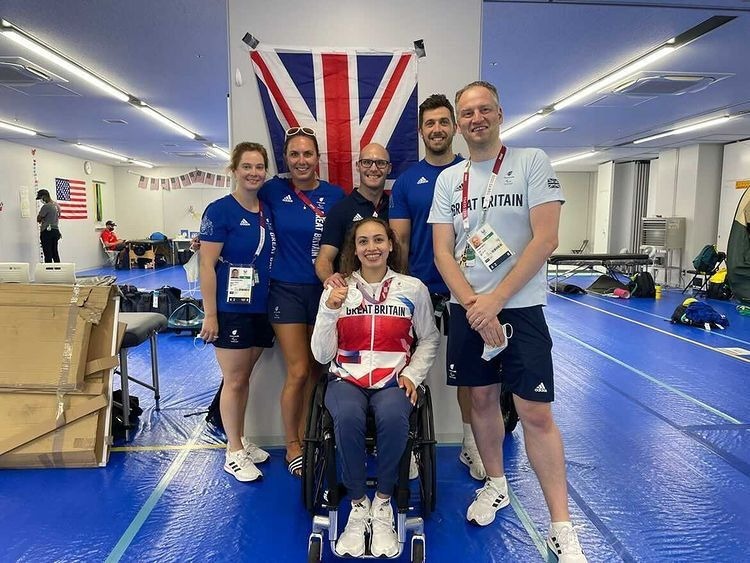 Third-year immunology student, Grace Harvey is back in Manchester following a spectacular inaugural Paralympic Games. In Tokyo, they earned a silver medal in the SB5 100m breaststroke. Grace made her senior swimming debut in 2018, the same year she commenced her studies here at The University of Manchester and has since gone on to cement her position in the GB team, as well as progress in her degree.

Grace had her sights firmly set on Tokyo ever since 2016 when she was only half a second off qualifying for Rio. Hundreds of training sessions, many lectures and a pandemic later, Grace was in the Japanese capital.

It is hard to fathom the diligence required to combine studying at university while also being on the rise to becoming one of the world’s best sporting talents, but Grace commended the University for their support throughout this journey. She studied for second-year part-time and chose to take a year out in the build-up to the Games, saying that she “didn’t want to have any regrets,” about not pursuing both; her sporting and academic ambitions to the maximum.

The indisputable passion Grace has for her sport can be personified in the images of her swimming in an inflatable pool in her garden throughout the first lockdown, with a resistance band attached to her, held by her dad. Grace confirmed that this unconventional training “only reaffirmed” how much she loved sport and “loved training,” and that going to a local community car park for circuit training and buying a rowing machine on eBay, were what kept her Paralympic dream alive.

Grace’s immense mental resilience is evident in that nothing, including cerebral palsy, has held her back, including her ability to maintain focus in both her studies and her sport. Grace said it was the belief that she would only get out as much as she put in that fed the “I never skip meters” mentality that carried her from Manchester, all the way to the Paralympic podium.

Grace is a true advocate for being a world-leading sportsperson while studying in Manchester, as she recognised that the University offers great support through the sports scholarship program and Greater Manchester is home to such a wealth of sporting pedigree, that she feels “privileged to be a part of.”

Following a holding camp in Suzuka, Grace described the feeling of arriving in the Paralympic village as “surreal,” and told us that her first impression of the pool included realising it was “the kind of venue you had only ever dreamed of competing in.”

Despite being heartbroken that her family could not be in Japan to join her celebrations, Grace thanked them for their support and sacrifices in getting her there, by tugging her ear while on the podium, having been gifted her earrings as a mark of good luck.

Upon asking Grace what she will take away from the Paralympics, she answered it was the feeling of being “accepted” and “not an odd one out for being in a wheelchair.” Grace also highlighted inspiring people to watch “elite para sport for the first time,” was one of the many unexpected joys of competing in Tokyo.

Focus has already turned to Paris 2024, in what will be Grace’s nearest opportunity for a ‘home’ Games and she already has her eyes set on going one better, admitting “I want to hear the anthem being played for me!” Grace hopes to carry on studying here in Manchester and read dentistry once she has graduated with her immunology degree. Grace’s awe-inspiring sporting talent combined with her academic prowess is testimony to her gritty attitude, which we can all be inspired by.

We have the opportunity to give Grace the feeling of a home crowd, in the wake of an empty Paralympic stadium when the Commonwealth Games come to Birmingham next summer. If you, too, feel animated by her story, the official Birmingham 2022 website will announce further opportunities to buy tickets later this year. 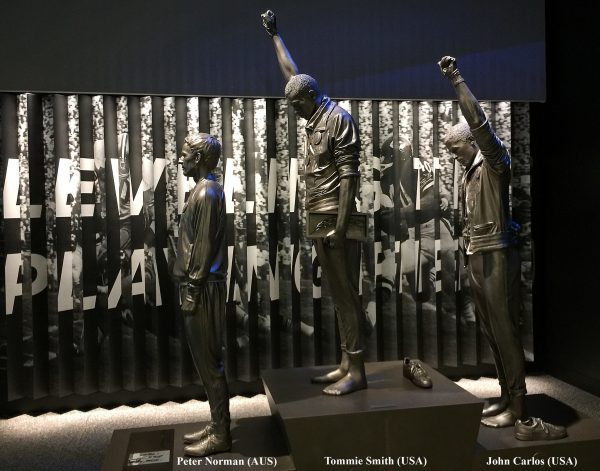