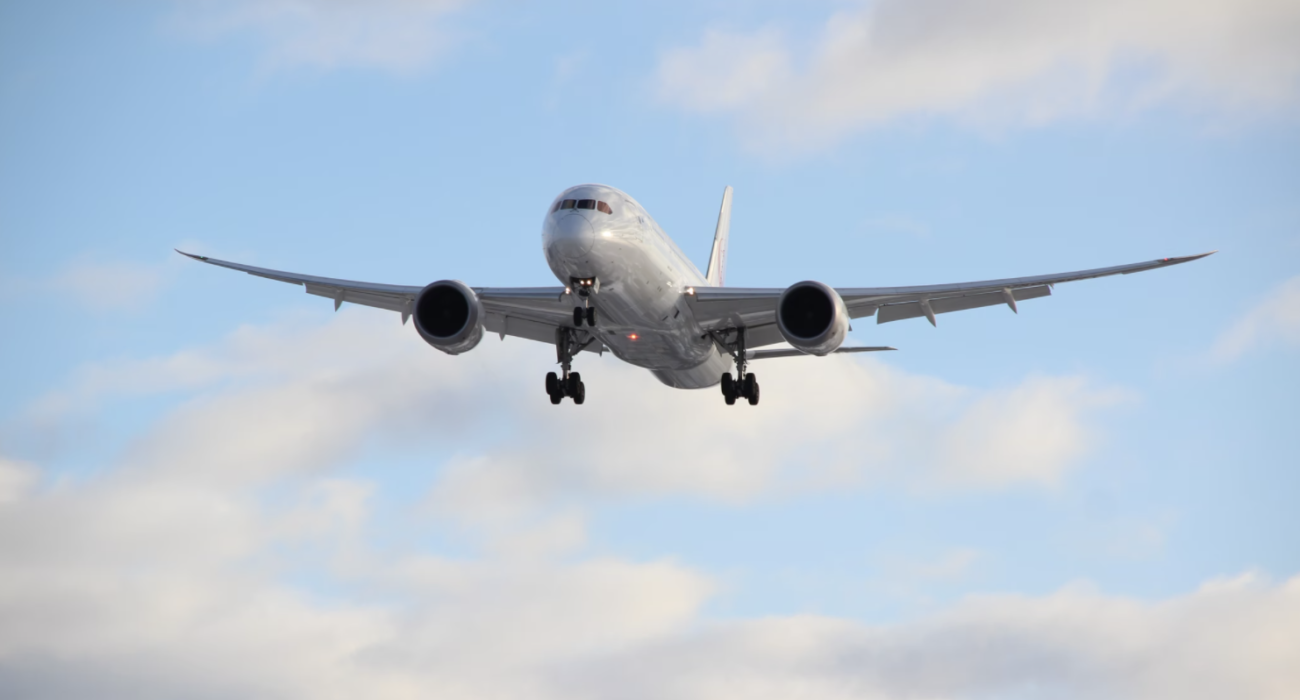 This year, the Ukrainian budget airline SkyUp said farewell to traditional flight attendant uniforms. In July, they unveiled brand new attire which consists of bright orange pantsuits and Nike Air Max trainers – a far cry from the more conservative skirts and heels of the past. The change makes sense, the old uniform style was uncomfortable and impractical according to an employee survey.

The company has dubbed the new design the “SkyUp Champions Uniform”: a name that reflects the physicality of the job and nods to the empowering nature of the new style. The project was curated by Olga Tsaregradskaya, who sourced talent locally. The relaxed fit suit is by GUDU, a brand based in Kiev, and the sky blue scarf was created by Gunia Project who are also located in the capital, and produce their pieces ‘on the basis of traditional ethnic cultures’.

Although the Nikes are not a local creation, they were still chosen for a reason. The Air Max 720 model is made of 75% recycled materials and has comfort at its core, the entire sole is air-cushioned. SkyUp is by no means the first airline to change its uniform drastically, but it has been the most noticeable change to flight attendant attire Europe has seen in recent years.

Other airlines that have changed uniform policies include Virgin Atlantic who have allowed female cabin crew to ditch the makeup since 2019. Aero K, an airline based in South Korea have completely gender-neutral utility-inspired designs and Icelandic airline PLAY who have adopted a relaxed fit suit similar to SkyUp’s.

The standard air stewardess uniforms of today are inspired by the very first uniforms of the 30s and 40s. This shows how little progress has been made in terms of comfort and women’s role in the workplace. Ever since the mid 20th century when commercial air travel really took off, the appearance of an air hostess was intended to emanate femininity, confidence, and professionalism.

From the nurse-like kit and military uniform during the 1940s, flight attendant attire evolved towards more unusual designs. Emilio Pucci brought bright colours, mini dresses, and ‘space bubble’ helmets to the industry. This futuristic vision was brought back down to earth with a more traditional approach by Christobal Balenciaga and Hanae Mori.

Both their projects employ blue as the leading colour, and feature an elegant shape with subtle accessories. In the 80s, uniforms became funkier- Yves Saint Laurent designed a colourful kangaroo patterned dress paired with a classic blue jacket. However, in the last 40 years, the industry has returned to its traditional, old-fashioned aesthetic. The business-like cut, uncomfortable shoes, and sleek hair have been the go-to elements of the flight attendant look.

Roksana works for an airline with one of these more traditional uniforms. She commented that “everything comes with a set of specific rules, makeup, hair, uniform, jewellery”. These requirements are often meticulous, for example, many airlines have a specific shade of lipstick their female employees must wear, along with a full face of makeup.

The rules that female cabin crew have to adhere to fit perfectly with the era their uniforms are inspired by… the 50s. Roksana also said that “men have different requirements, theirs are only about uniform and facial hair. They don’t have to wear makeup, tights or dresses”.

The gender binaries still present in professional uniforms are hindering functionality, Roksana mentioned that “during evacuation, it’s required to take [our high heels] off because they can puncture the evacuation slide. Flat shoes would be a great solution”. It’s obvious that old-fashioned uniform requirements don’t fit the practical elements of what is quite a physical profession. SkyUp has recognised this, they care more about their employee’s ability to do their job comfortably, than the traditional aesthetics of air travel.

SkyUp’s new uniform indicates their departure from tradition, and so does their marketing. The airline is making a name for itself in the online world. They have an ‘official soundtrack’ for their flights, which begins with ‘Just Fly’ by Max Barskih.

The music video for the song, which premiered in partnership with SkyUp on Youtube, now has over 20 million views. It features a throng of dancers dressed in distinctive orange uniforms confidently throwing shapes besides the singer. This emphasises their new ethos of comfort and movability, embodying the ‘Champions’ title given to the new designs. They are also making use of newer social media channels to promote their brand, the TikTok challenge #justflybaby, which features Max Barskih’s song, has 21.8 million views.

Modern customers want to choose a company that aligns with their values, and an airline that doesn’t enforce makeup, heels and skirts is something we can all get on board with.