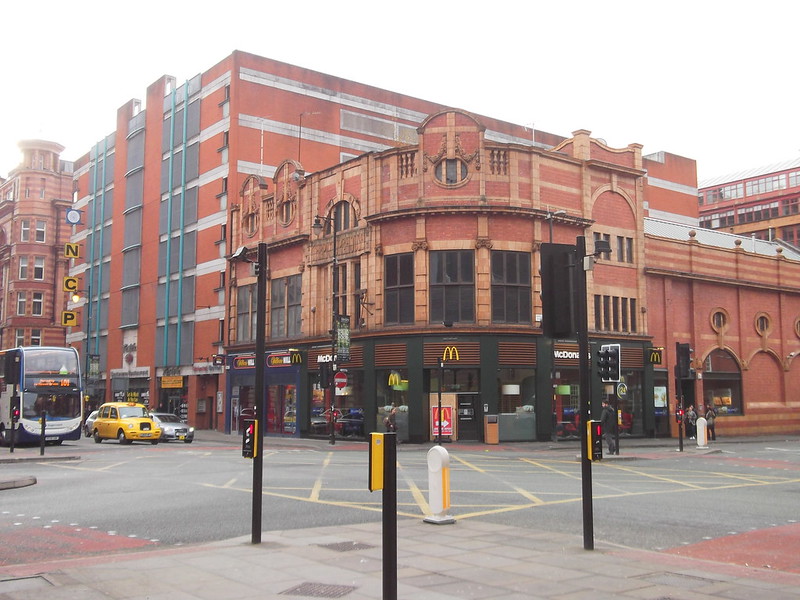 From the 13th of October, McDonalds’s new all-vegan “McPlant” burger is being trialled in 250 restaurants across the UK, before a nationwide release next year. The McDonald’s store on Oxford Road near UoM campus happens to be among the lucky few.

As an environmentally conscious liberal pescatarian, I’m probably as far as it’s possible to be from McDonald’s core customer base. I still decided, however, I should turn the three times I’ve been to McDonald’s in my life into four times: all to let The Mancunion’s readership in on the gastronomical delights of 21st Century corporate capitalism. The things you do for journalism…

To get in the right mood I thought I should browse McDonald’s website to see what I could learn about the McPlant.

I was greeted by a video of a grizzled, bandana-bearing, hype man explaining how delicious the new burger was. The hype man encourages us to “get stuck in and start dribbling and enjoying it”. Classy.

The burger itself is “a juicy plant-based patty co-developed with Beyond meat®”, made of pea protein and “other quality ingredients”, which apparently make for a “great-tasting meat alternative”. McDonald’s marketing department have certainly been hard at work, I thought, but what about their R&D? There was only one way to find out.

I showed up at Oxford Road in between lectures to try the new burger. As I prepared for this once-in-a-lifetime opportunity for sophisticated culinary discovery, I reminded myself to keep an open mind.

The first thing I noticed was how the post-industrial vibe of Southern Manchester was complemented by the tired looks of McDonald’s staff and the smell of overused oil which hung in the air. Once I had the burger in my hands, I felt reminded of how far out of my depth I was. Being clueless as to how to actually eat the damn thing, the burger fell apart the moment I picked it up. Still, having recomposed it, I managed to finish eating it and carefully ponder on my deeds.

The taste and consistency of the vegan patty were essentially those of a bog-standard supermarket vegan burger alternative. The bread and vegetables—in other words, the ingredients which don’t need the word “vegan” to describe them—were the only parts I could honestly describe as “good” in any way.

The truth is that it’s the sauces, cheese and bacon which make or break fast-food style burgers. To be perfectly honest, I always thought that McDonald’s meat didn’t really “taste” like very much at all anyway.

The sauces, which didn’t seem that different from their non-vegan equivalents, were the usual riot of savouriness, giving the burger, in general, quite a McDonalds-y vibe.

I wasn’t sure what to make of the cheese, but fortunately I was accompanied in my gastronomical adventures by my friend who cared to share his thoughts on it. Unfortunately for McDonald’s, his verdict was negative. My companion elaborated:

“The cheese being poor and the bacon not being there at all… if the burger has any taste at all, it’s only because of the sauces.”

As I finished the burger, I concluded that I couldn’t describe the McPlant as anything better than “not unpleasant”. But let’s get to the “beef” of the story — how thorough is McDonald’s green shower? Well, it’s a mixed bag.

The company pledged in 2018 to reduce emissions 36% by 2030, and its release of the vegan burger, certified as such by the Vegetarian society, suggests they’re serious about garnering green cred points.

[McDonald’s] “has (…) a long history of past misdeeds to make up for.”

The company has been linked to the destruction of natural habitat in the Amazon and in Indonesia to make place for chicken feed, cattle ranches and palm oil plantations. What’s more, McDonald’s remains a top polluter of US waterways and a producer of gargantuan amounts of waste.

The company producing the patties, Beyond Meat®, is similarly ambiguous.

A study by the University of Michigan, funded by Beyond Meat®, states that it “generates 90% less greenhouse gas emissions, requires 46% less energy, 99% less water and 93% less land than a ¼ pound of U.S. beef.”

At the same time, as Marco Springmann of the University of Oxford told CNBN:

“The carbon footprint of these processed plant-based products falls in between chicken and beef”, having “5 times more of a footprint than a bean patty”.

In other words, while the company’s vegan burgers are progress in terms of carbon footprint, as Adrienne Matei writes in The Guardian, they’re not “the be-all-end-all of eco-friendly eating”.

For a company sitting on as large a pile of cash as McDonald’s, the patty is honestly just unremarkable, both in terms of taste and in terms of green ambition.

At the end of the day, the McPlant is pretty much exactly what you’d expect if someone told you McDonald’s had developed a vegan burger: “not unpleasant”, but at the same time, by any stretch of the imagination, not “good” either.

Furthermore, it’s unlikely that the company will be in a hurry to throw any more money at it. From McDonald’s point of view, the publicity there was to be gained by launching McPlant has probably already hit diminishing returns.

Towards the end of my adventure, I couldn’t help but further question why McPlant ever saw the light of day. My admittedly unoptimistic concluding thoughts, as I left the store on Oxford Road, were that if you’re a regular McDonald’s customer you’re probably not vegan anyway — and if you are vegan, chances are, you don’t spend much time at bloody McDonald’s. 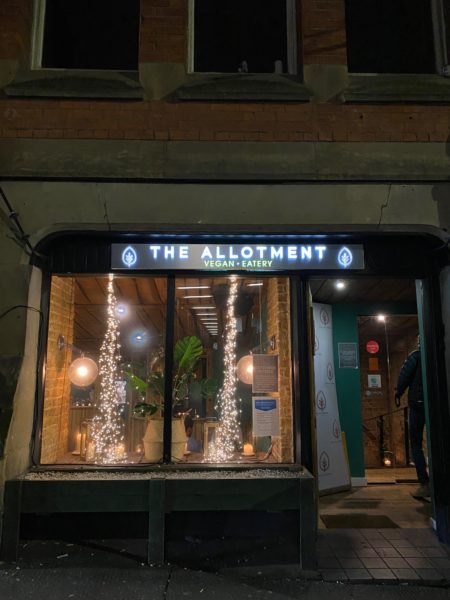