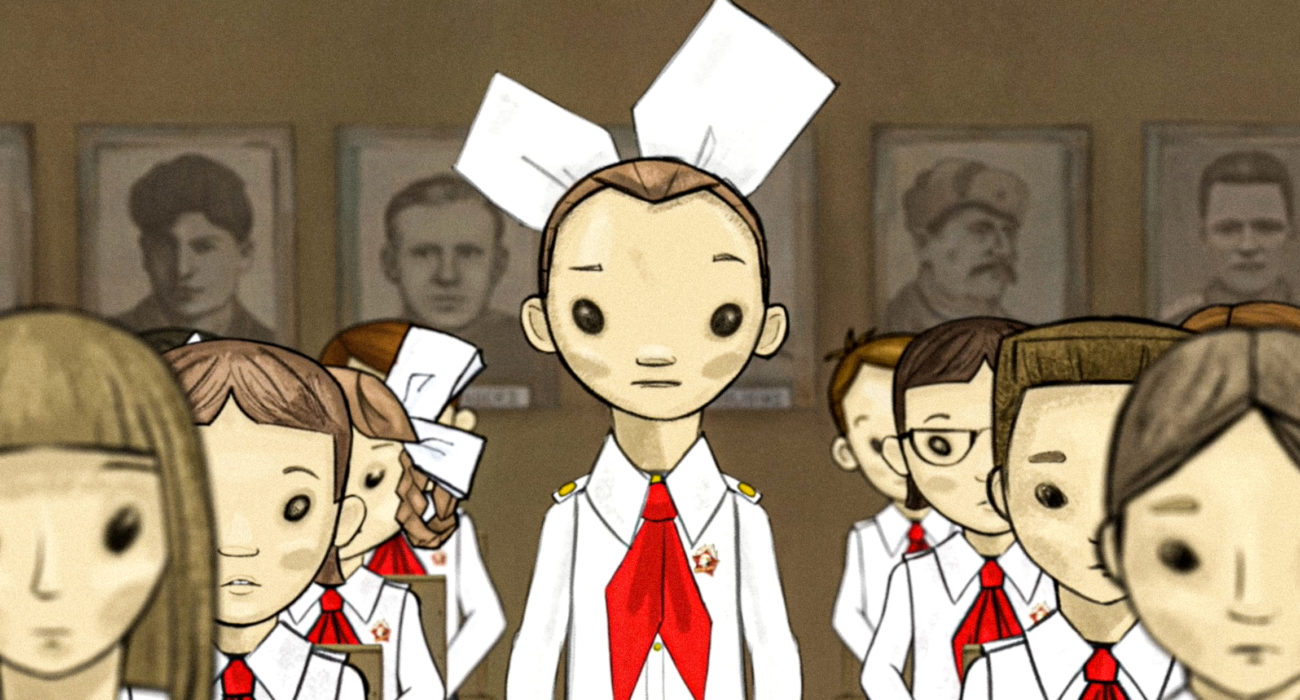 My Favourite War tells the story of Ilsa, a child of communism, a good student in Soviet Latvia, and a pioneer, who always compliments the Party. She does this even when faced with the queue in front of the shop every morning and her lunch lady is always stealing food for the students. Everyone is certain World War III is about to happen, so she is forced to practice fighting at school.

As the elders tell stories of the past, about how they had to clean up and move the bodies after the war or how the soviets took over their farms, Ilsa begins to lose faith in the leaders of the Union. The film is a reminiscence of Ilsa’s childhood. When she was young, she thought that “fate was a large powerful river, that life threw people in, and they would fight against the stream to get ashore”. The Party was teaching her to silently accept everything and simply battle through life.

One day her city chose to build a new apartment block in front of her school, and for that, they had to set the foundations. They uncovered the Nazi grave that was previously there, in front of all the students. The pioneer’s camp was held in Crimea that year, the territory where thousands were killed and abused during the war. Moved by the horror of the war, Ilsa starts a protest with her peers.

This animated movie is one of the highlights of the festival. It is both an autobiography and a documentary, speaking the truth about the story of Latvia in the 70s. Usually, stories about the Soviet bloc and states are only known in families from Eastern Europe and are rarely told in the mainstream. This international animation has been shown in dozens of countries now and even won a prize in Bucheon’s film festival in Korea. It is refreshing to see such honesty and realism reflected through animation.