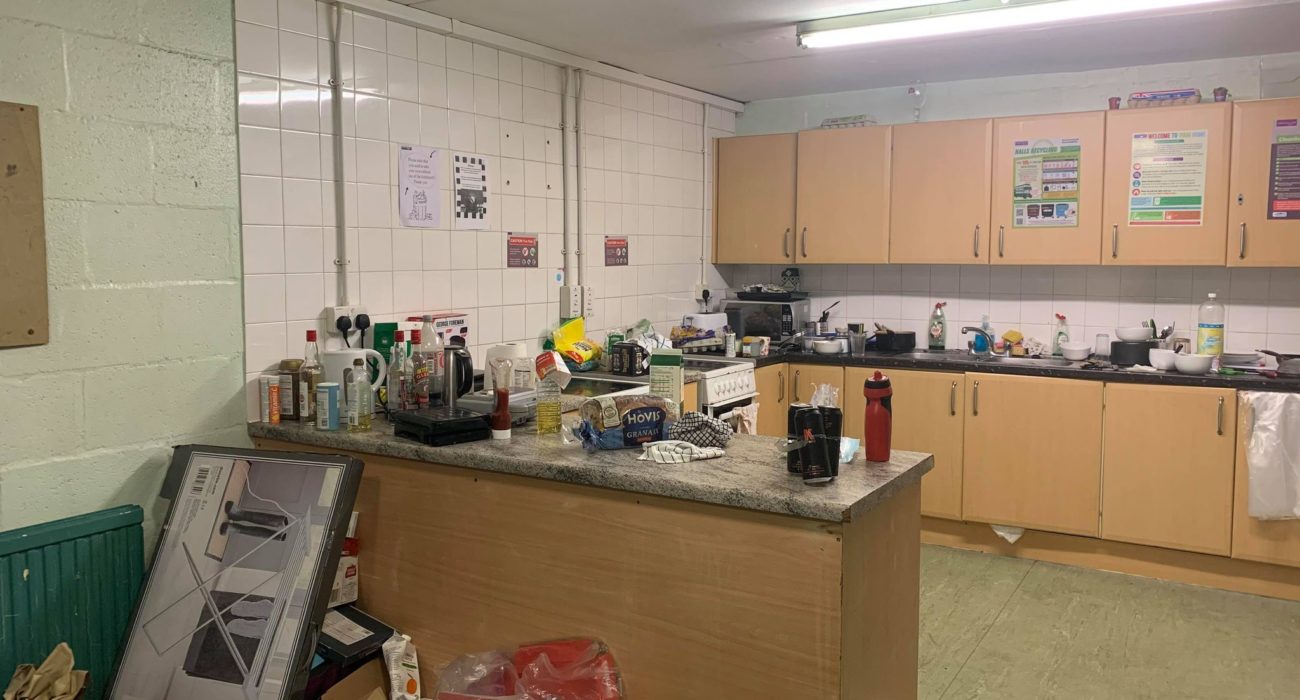 Four weeks into uni and I’m still getting to know all my flatmates. Who are the partiers? Who is a pan-soaker? Who can’t cook? Who’s not attended a single lecture? And who still hasn’t done any laundry yet?

As a resident of Oak House, I was sceptical about who I was going to be housed with and their general hygiene standards. I mean, who wouldn’t be? I’d read some horror stories online about Oak and its somewhat questionable reputation; however, I have to say that I have been pleasantly surprised.

No one has drawn genitals in ketchup on our kitchen table yet, no one has thrown up in our shower, and no one has kicked in our front door or put tinned tomatoes in our kettle (unlike some other flats in Oak).

We have, however, only got one working toilet. A crack has appeared, and our downstairs loo is out of order. There is now eight of us sharing our upstairs toilet, four girls and four boys. And it’s not that I don’t love the boys – because I do – but I’m not sure how much longer I can cope with the toilet seat being left up. It’s down to maintenance to sort it out before I have a serious meltdown.

Rumour has it that Oak House was designed and built by prison architects, which sets the scene suitably. The pasty green walls and plastic kitchen chairs give the flat character and is nicely complimented by the ever-growing mountain of dirty dishes that blanket the kitchen surfaces. The retro curtains also add to the ambiance. Cupboard doors are hanging off their hinges and wheels have fallen off chairs, but the walls, floors and ceilings are still intact, so I would call that a win.

Unlike some other accommodation, we do have a cleaner, who without – we would be living in squalor (they really are doing God’s work). Unfortunately, we are liable for taking out our own bins, which is completed infrequently and with copious amounts of disgust. Bin juice and mouldy food causes everyone to hold out for as long as possible before disposing of a very heavy, very smelly, very full bin bag.

Lack of sleep is a given, there’s always people milling about trying to find any “motives” at 5am on a Tuesday morning. It comes with the territory, and it becomes background noise after a few weeks. Not to mention the 9am grass cutting, leaf blowing and fire alarms that will interrupt the 3 hours of sleep you have managed to bag.

As freshers flu still lingers, everyone is starting to settle in and Oak House leads the way for social life in Fallowfield – I, for one, wouldn’t change it for the world.