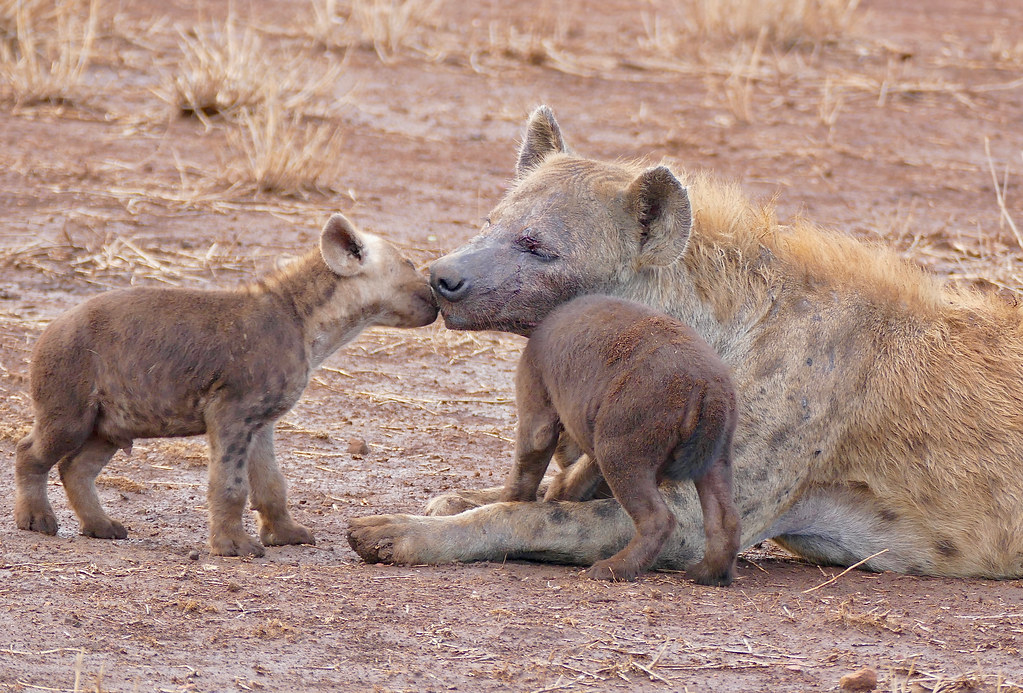 At some point maybe you’ve thought, “What if I had a penis for a day?” but generally not many of us get to live out that dream. The female reproductive system is fairly ubiquitous across mammals, but some species stand out thanks to their rather weird adaptations, like the spotted hyena.

Female spotted hyenas undertake what is known as ‘sexual mimicry’, where their external sexual organs resemble a penis and scrotum. These are known as pseudo-penises and yes, they can even make them erect!

Hyenas, like elephants, have a social hierarchy in their pack and females are often higher in status than the male hyenas. Rank is generally inherited from the mother, with females being bigger and more aggressive than the males. Whilst there is no known evidence for why the females possess these fake male sexual organs, one theory is that it reinforces their position in the hyena society. In other words, female hyenas grow a penis in order to remain at the top of the pack – not exactly the picture of feminism.

This external structure does cause the hyenas some trouble (guys if you’re reading this and you’re a bit squeamish – now might be the time to move on). First off, genital sniffing and inspection are key parts of greeting each other socially and finding out if a female is in heat. With the hyena’s sharp teeth, this isn’t the most relaxing interaction.

Mating is extremely difficult, with males having to engage in multiple flipping movements against the female abdomen. In fact, unlike some species, these female hyenas have to put in almost equal amounts of work as the male to successfully engage in mating. Once pregnant, the female has 110 days to work up the strength for one of the most unusual and painful births known. You guessed it, she gives birth to her pups (and twins are very common) through her “penis”.

The structure is always torn during the process in order to free the pups and unfortunately, 9-18% of females die at the attempt of first birth. Pups can also die as they have an extremely short umbilical cord that breaks during birth, and so if the birth isn’t swift enough this can cause them to suffocate. So, what is the point in these structures if they just end up endangering the lives of mothers and pups?

Aside from as a signal of dominance in the pack, scientists don’t really know. But female hyenas aren’t the only animals that have these structures. Elephants, lemurs, and spider monkeys also have these pseudo-penises so clearly there must be an advantage. What specifically this is remains one of the many unanswered scientific questions.