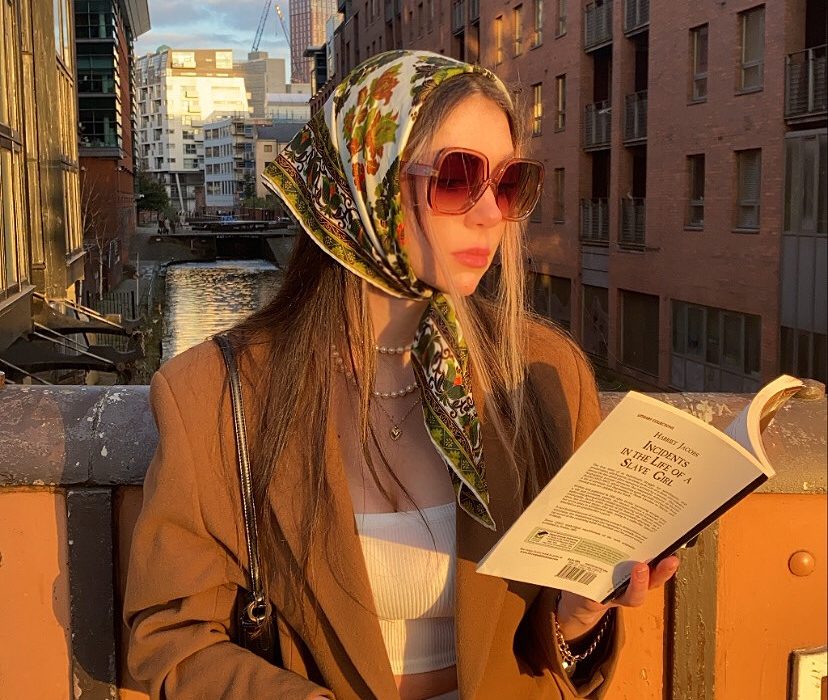 Why are we celebrating ‘fashion’ headscarfs?

Two weeks ago, Diet Prada posted an incendiary post calling out Vogue Paris for applauding a Paris couture week look, worn by Julia Fox in which she wore a black trench coat accessorised with a black babushka-style headscarf. French Vogue posted a photo of the model on their Instagram on January 28th with the caption ‘Yes to the headscarf’, despite France having discriminatory legislation against wearing face coverings in public since 2011.

The caption was deleted soon after the comments section was flooded with messages like “Yes to the headscarf” but no to hijab?” or “complete the sentence: as long as they are not worn by Muslim women” which highlighted the hypocrisy of the magazine promoting ‘fashion’ headscarves whilst France has an active ban on the hijab. Vogue Paris has yet to comment on the criticism.

This particular event is only part of a decade-long debate in France which has recently been fuelled by a vote in the French senate last year which now prohibits women under the age of 18 from wearing hijabs in public. This policy is part of the ‘anti-separatism’ bill, which aims to prevent minors from wearing religious clothing or signs that might “signify inferiority of women over men”.

The Senate has also voted in favour of banning hijabs in competitions and burqini swimsuits at public pools and beaches.

These recent policy changes only build on previous French laws which have slowly but surely targeted Muslims and particularly Muslim women:

In 2004 the French National Assembly banned students from wearing religious symbols in schools. Then in 2011, they went on to ban all face-covering garments in public spaces, becoming the first country in Europe to implement such a law.

This discrimination against the Muslim population has its origins in the deep-rooted colonisation of Algeria by French people in the 1830s. Alia Al-Saji commented after the vote on the hijab ban that: “French colonisation of Muslim countries was often about controlling and managing populations that were of diverse religions… The hijab is a way of clearly showing that you are Muslim, which is colonially constructed as being opposed to colonialism. But it’s also a site of potential resistance.”

Because of its colonial ties to North Africa, France is home to the largest Muslim population in Western Europe, and yet, they cannot seem to properly integrate the Muslim community within French culture.

In 2021 president Macron withdrew support from his own party member Sarah Zemahi after she wore a hijab in a campaign poster. Politicians from La République En Marche! publicly labelled hijabs as “ostentatious religious symbols” and threatened to withdraw their support to the party. In 2021, and in a country that prides itself on being tolerant, open-minded, colour-blind, democratic etc, it is appalling that the French government is not ready to allow Muslim women to live freely.

The fashion industry has been at the epicentre of the #HandsOffMyHijab movement founded by Rawdah Mohamed. As balaclavas and head scarfs have been gaining popularity on TikTok, often accompanied by the viral sound “gorgeous, gorgeous girls wear balaclavas”, the movement highlights the irony of the fashion world celebrating headscarves as long as they are made with colourful ACNE scarfs and worn by anyone but Muslim women.

All in all, the fact that hijabis are seen as ‘oppressed’ whilst everyone fawns over fashion headscarves goes to show that the ban on the hijab has nothing to do with France’s concern “for safety” or for its ‘laic’ status. Rather, it shows the government aims to both perpetuate Islamophobia and hate rhetoric towards Muslims and especially Muslim women as well as a testimony of a society’s seeming obsession with policing women’s bodies. 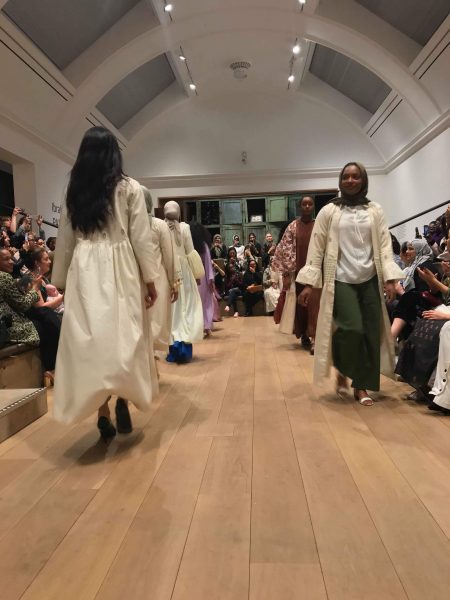