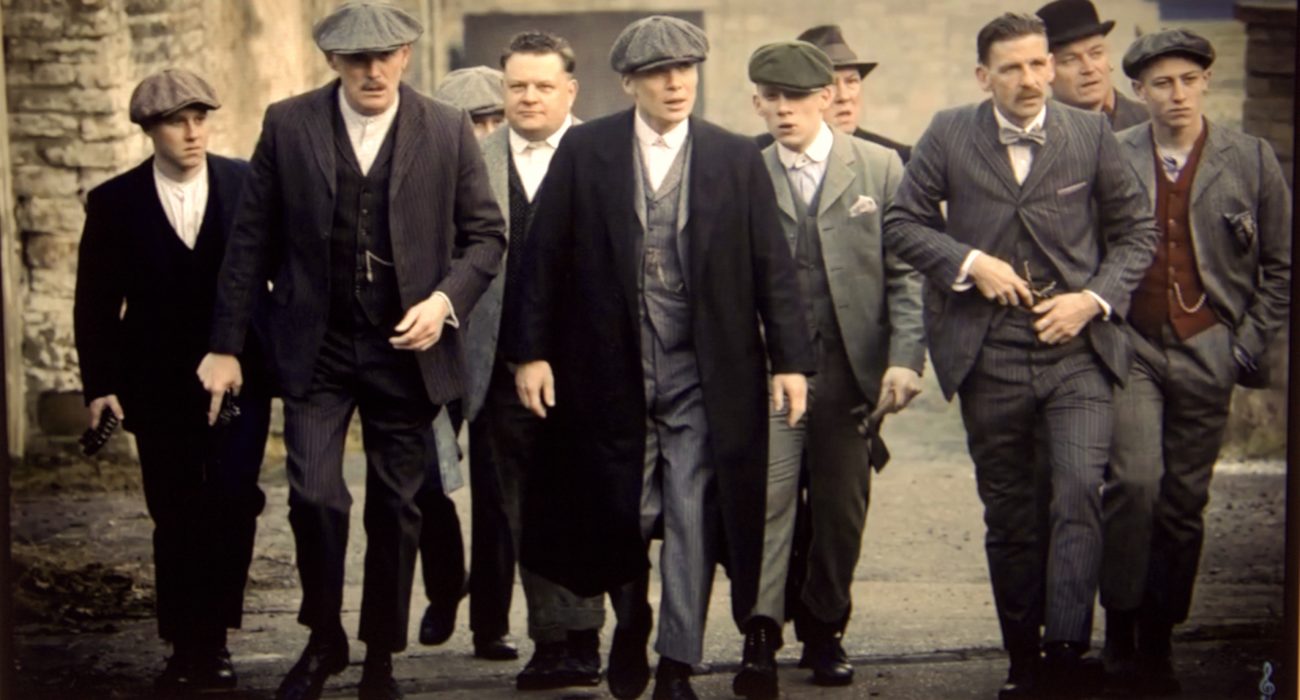 Is Gina Gray the new fashion icon of Peaky Blinders?

Peaky Blinders has become synonymous with the ‘20s flat-caps and woollen suits worn by the Shelby boys throughout the show. It was Gina Gray, however, who stole the show in the new release. Her drunken disagreement with Tommy was quite the spectacle. The sepia hues and ornate gold of the closing scene, not to mention her ever-polished appearance, drew a welcomed contrast with the wash of grey usually on our screens.

Costume plays an important role in the series. The Shelby boys’ outfits hold both cultural and historical value. The historical accuracy being what makes the show such a convincing period drama. Most distinctively, the Shelby family wears a signature flat cap with hidden razor blade stitched into the peak. The TV show suggests the gang earned the name ‘Peaky Blinders’ from using the blades to slash the eyes of their enemies, leaving them blind. It’s unlikely the real Peaky Blinders wore hats with the same feature, but the power the weapon gives them in the show is very much reminiscent of the status the real Peaky Blinder family held. From the end of the 19th Century until the beginning of the First World War, the young men were feared across West England for their violence and ruthlessness.

Interestingly, their suits in the show make reference to their historical lives too. The real Peaky Blinders were working class, and technically unemployed. Although the jobs they carried out within the gambling industry as well as routine robberies made them very wealthy. In the show, the Shelbys are always well-turned-out, seldom seen without the smart tailoring of a three-piece suit. Clearly, they are more upper-class than most of Birmingham’s population. However, they lack the extravagant colours and patterns of the traditional high-society men. Floating somewhere in between upper and lower class, they place themselves on a middle-ground in society to increase business opportunities and maximise their market. Notably, however, the heavier woven fabric and stylised wool jackets they wear make it clear they are perceived as gangsters, and not standard hustlers.

Gina Grey’s outfits inject some welcomed glamour into the show. At first a stranger to the Shelby boys and their wives, she comes from America, and her costumes very much reflect this. Generally, her hair and makeup align with the beauty standards of Hollywood glamour. Her pin-curled bleach blonde bob is similar to Marilyn Monroe’s. In addition, her red lipstick, thinner eyebrows and pale skin are also similar to the vampy look associated with the star. The overall effect is something which appears unnatural and high maintenance. Traditional Hollywood glam, and later Pin-Up girls, were the epitome of femininity. Photos of pin-up models were mass-produced and popular for their sex appeal. Nowadays, the bleach blonde look is still associated with the modern-day ‘bimbo’ – considered beautiful, but unintelligent. It’s possible the preened look given to Gina’s character hopes to also make suggestions about her intelligence too. The latest episode suggested her the villain of the series, so her unsuspecting appearance allows for an unpredictable storyline.

With sepia hues and fading sunlight throughout, the colour-palette of the closing argument scene adds to the romanticism of her character. Gina is dressed in natural tones of soft cream and green to present her as docile and feminine. Similarly, the staging offers a backdrop of white lace and golden art-deco furnishings to complement the delicate aesthetic. Come the end of the episode, Gina appears delicate and dainty. Her schemes with her uncle to overcome Tommy seem futile.