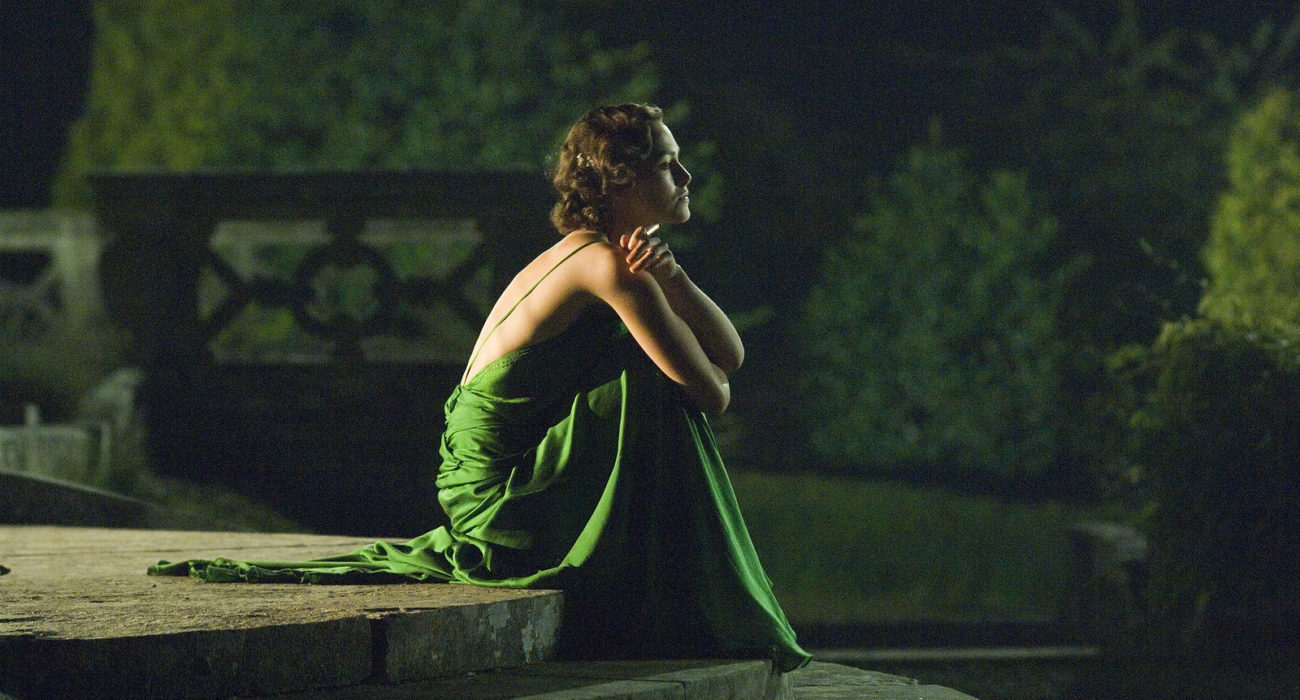 Atonement (2007) is the film adaptation of the novel of the same name by Ian McEwan. The plot follows multiple characters whose lives are drastically shifted by the actions of thirteen-year-old Briony (Saoirse Ronan), who falsely reports Robbie Turner (James McAvoy) of a crime he did not commit. It’s a story ultimately displaying the butterfly effect in action, in the critical World War II period.

Robbie and Cecilia Tallis’ (Keira Knightley) romantic endeavours are quickly cut short by a damaging misinterpretation of events. This initial ‘wrongdoing’ gives the film its name Atonement. It soon becomes a film in which everyone is trying to amend the wrongs they initially committed.

Briony, for example, is constantly under the impression that she’s doing the right thing, but her young age means the version of events she recounts is marred by youthful naivety and misunderstanding. As an ambitious writer, she construes a story based upon her assumptions and assumes it to be true. By assuming, she changes the fates of everyone. Acts of looking are thus called into question by the narrative centralising of this unreliable witness.

The film does an excellent job narrating how single decisions seem to snowball and affect everyone involved. For instance, because Robbie got indicted for a crime, he joins the army to escape prison life. Due to the war, Cecilia becomes a nurse, and Briony declines an offer at Cambridge University to follow in her footsteps and also train to be a nurse, trying to save lives instead of damaging them. The shift we see in Briony is both touching and rooted within her experiences of misunderstanding.

The use of flashbacks are wonderfully shot to display life before, directly after and then further into the future from the girl’s tragic accusation. This makes the pacing less stagnant, as it displays the progression of all of the characters without being dull. By cutting through time, the audience can clearly see the juxtaposition between their past and present lives, and it makes the film all the more heart wrenching because you can see their idyllic childhoods turn to into disaster.

As a period drama, this is one of the best. It shows World War II from multiple perspectives, yet its focal point isn’t specifically the war. Although set then, it is about, fittingly enough, atonement. And yet the war serves as a crucial context, heightening the stakes and the consequences whilst teaching that ultimately sometimes there is no way to atone for past mistakes despite how hard you try. You become deeply invested in every character and you want so desperately for there to be a happy ending despite the dire situations at hand. It’s gripping, it’s tense and it’s a well-developed plot despite the vast timespan and range of key characters.

If you haven’t already seen Atonement or read the bestselling novel, I would definitely recommend doing so because the plot is fantastic and the cast is stellar.