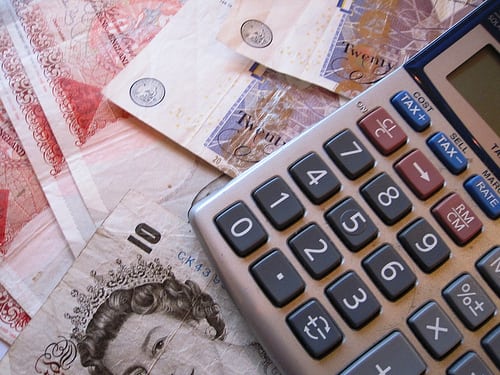 Money on our minds: Students set to lose money amidst cost of living crisis

The Mancunion‘s projections indicate students will be poorer in the coming academic year, despite the government’s nominal increase of the maintenance loan.

New statistics and projections from The Mancunion show that some student maintenance loans will lose around £450 in value in the coming academic year, especially for those coming from poorer economic backgrounds.

For those coming from higher income brackets, the increase is higher – the maintenance loan of those from familial incomes of £65,000 or above goes from £4,422 to £4,534. Though a lower increase, of £112, it does represent a larger growth: nearly 2.5%; those from richer backgrounds are less affected.

While a nominal increase, this does not match the UK’s predicted, or even current inflation rate, and so represents a lower value than the current year – students will have less purchasing power next year.

It is impossible to know exactly how much students will lose, as it is impossible to totally accurately predict what the 12-month inflation rate will be in September. However, it is known that inflation is rising, and will continue to rise throughout the year. In March 2022, the Consumer Price Index (CPI) was increased 7% from a year previous, and it is predicted that it will hit at least, but probably beyond, 7.4% by the end of the year.

With 7% being the current level of inflation, students from the lowest income bracket would have needed £10,152 to maintain their purchasing power – £446 more than they are getting.

In another scenario for students, predicting inflation hits 7.4% by September, those students from the lowest income bracket would need £10,190 to maintain purchasing power – nearly £500 more than they are getting, which is, for many students, equivalent to a month’s rent.

Again, for students from higher income backgrounds, the percentage gap – between the amount they are receiving, and the amount they should receive to maintain value – is slightly smaller than that from lower income backgrounds. Using 7% as the model of inflation, students from incomes of £65000 or more will have 95.5% of last year’s purchasing power, compared to 95.25% for those from incomes below £25,000.

“We know that thousands of students are already being forced to choose between heating and eating, and with this cost-of-living crisis only expected to get worse, the Government needs to act to support the most vulnerable”

The NUS UK President Larissa Kennedy commented that “We know that thousands of students are already being forced to choose between heating and eating, and with this cost-of-living crisis only expected to get worse, the Government needs to act to support the most vulnerable”. Despite these statements and the reported struggles of students, the situation is set to deteriorate further next year.

This news coincides with an almost unprecedented surge in interest rates on student loan repayments. Interest rates on student loan repayments are set to hit 12% this year, escalating dramatically from 4.5% in the year before. Branwen Jeffreys, writing for the BBC, claimed many students “working towards their degrees don’t realise interest is being charged during their studies until they get their first statement the year after leaving university”.

This is not a standalone issue for students, and certainly not a new one. Rents in university halls are increasing dramatically, and have been for a long time. According to Unipol’s Accommodation Cost Survey 2018, “In 2011/12 rents accounted for 58 per cent of the maximum financial support on average. This has risen to 73 per cent in 2018/19”. This shows a dramatic loss in disposable income for students.

The 2021 Accommodation Cost Survey revealed more of the same problems: “rent rises continue to outstrip inflation by a big margin”. And for those students who choose, either by necessity or by preference, to live in cheaper student halls, those options are disappearing: “lower-cost accommodation is disappearing fast, as old university stock falls out of commission and is not replaced”.

There does appear to be truth in this for students at Manchester. Some of the cheaper accommodation, such as Owens Park, has been closed down. It has been replaced by ultra expensive accommodation such as Unsworth Park, which next year, will set students back £7,169, nearly 75% of the £9706 allotted to students on the maximum financial support. This seems unfeasible for the vast majority of students.

Students in expensive accommodation like Unsworth Park, with no additional financial aid, have to choose between living on under £50 a week, or racking up even more debt than they already have to the government. Yet increasing the value of rent seems to be the trend: the 2021 survey states that “rent levels and the actual cost of living generally are becoming ever-more detached from the financial support available to students through the state”, and are on a “collision course” with the increase in students entering university from less well-off backgrounds.

Talking to students, it quickly became clear that many felt disillusioned with the way they were being treated. Holly Thomas, first year Economics student at the University of Manchester told The Mancunion: “The lack of purchasing power among students has been worsened by a rise in fees and no rise in funding. This reflects the current government’s general contempt for the working class. If the Conservative party want to pride themselves in apt opportunity for all, that starts with ensuring every student can afford to put a meal on the table”.

Another student, studying English Literature, commented: “To me, this just exacerbates the sense that going to university is not really accessible to all. Especially considering that for many people this’ll mean even more hours of poorly-paid labour in term time, at the expense of what we pay so much for in the first place: access to a great education and an exciting student life. Every year students seem to pay more for less”.

Students are just one of many groups struggling in the cost of living crisis – their financial problems all compound one another. After graduation, students are going to be expected to pay back more and more, as interest skyrockets to 12%. And before they will leave, the loans that will cause this debt will not even perform their most basic function: allowing the students to function.