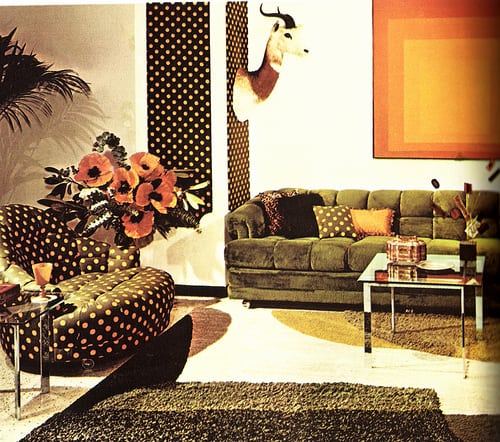 Racism in the living room

It’s a sensible assumption that many who read this have shared the experience of occasionally being obliged to hang out with mid-level wankers, whether here in Manchester, or nearer to home, wherever that may be. Some of you will also be (like me) of mixed-race descent but without any blatant marker of that fact.

The two in combination can sometimes land you in somewhat awkward situations; situations which might be avoided by those with more prominently non-white features. The most that can be said for such events is that they provide a little unwelcome insight into the racist mind (and not a very valuable one, as Mein Kampf is readily available on the internet), and that they occasionally, if you’re lucky, give you the opportunity to change someone’s nasty views.

I was in the home of a friend of mine. Also present was the father of my friend’s niece, we’ll call him Mr. Bloggs. The (Indian) Commonwealth Games were on TV.

This is not technically true. But for the purposes of somebody suggesting that I, or half of my family, or a good proportion of the world’s population, are inferior to someone who gives the impression of a fuckwitted chimpanzee on the basis of race, I’ll let it slide – for the record, in my farraginous mix of genetic material, probably something like a quarter originates from the Indian subcontinent. Also, Pakistanis are not Indian, but I somehow doubt this guy knows or cares.

More silence. Mr Bloggs: “Well. What can you say?”

Indeed. At least he had the decency to look slightly embarrassed.

I haven’t got the time or energy for engaging every racist I encounter in earnest argument using things like facts and philosophy, mostly for the reason that those things don’t work once somebody reaches the age of twelve and still holds racist views. Don’t believe me? Find a racist and try to initiate a rational debate. Very rarely is it possible to get anywhere but back where you started. (Although the effort, though often doomed, is valuable, and I don’t wish to devalue anyone’s efforts in that direction.)

This, instead, is how I decided to respond:

“That’s all right – F**king P**is; coming over here and fucking our mums”.

I think the irony was lost on him, but everybody else was laughing.

Here’s the thing: although I’d rather not be, I’m used to racists; I’m sure I’m not alone in that.  I find it hard to be incredibly angry at fundamentally (mostly) decent people, and don’t hurt anyone for this kind of low-level racism. This brand of racism is just the consequence of willful ignorance and an almost scary level of dumb stupidity – chuck in a little bit of ‘what my dad told me once’ and ‘what all the boys in the pub say’ and the desperate desire to have your thinking (such as it is) left unquestioned – and there you have it; the typical ‘light’ racist. Never mind this guy’s twisted justification that he “used to live next to an Indian restaurant and it was well dirty” – maybe it was, but if we’re going to judge a whole race on the basis of the actions of a few then I can regard white people as ignorant bigots without the ability to conduct basic reason or even keep their foolish prejudices to themselves.

Despite what I’ve said about this guy I can’t really bring myself to hate him. There’s a bittersweet pleasure in righteous offense, but all I can genuinely muster is pity and a sense of resignation – maybe not the most moral reaction but still the most genuine one I can relate. Perhaps I’m not Indian enough, or haven’t been on the receiving end of enough serious racism, to be really offended. Nevertheless, silencing someone temporarily with argument doesn’t achieve much if they just go back to the same kind of talk when you leave. It’s my maybe foolishly optimistic hope that by using humour, and not getting overly offended, I made just a little impact on this guy’s mind; if such a thing can be said to exist. And, in my opinion, that’s the best you can hope to achieve.