With the Conservative Party Conference here in Manchester next week, it will be time to review the  effect of the party’s policies over the past 16 months in Government, and look ahead to what will be done in the future.

The Conservatives have been righting thirteen years of Labour’s wrongs, and will continue to do so until our economy reaches its peak. The deficit reduction strategy proposed by the Conservatives has been praised by the IMF as significantly reducing the risk of a sovereign debt crisis, a clear rejection of Labour’s plan for bankruptcy. Along with the praise for the public spending reductions, we have also seen the creation of over half a million new companies from May 2010- July 2011, an 11% increase from the year before, with the Conservatives keeping their promise to support business start ups. This growth encouraged  the creation of eleven new enterprise zones, which include several in the north of England, and will produce over 30,000 new jobs in these areas by 2015. The economy IS growing.

There was much debate when the increase in tuition fees was announced, however, these higher education reforms will see a much more efficient system, which will see no payment of money upfront, as well as less being paid back a month, and I’d like to reiterate that no one will have to pay back a penny of their loan until they have to, once they have a salary of over £21,000 pa, as opposed to the current £15,000 pa. The funds will go directly to the university itself as opposed to the government, so universities will be pressured to drive up their standards.

From all that has happened in the past 16 months, the end of tax breaks for bankers, increased NHS spending, creation of thousands of new jobs, harsher punishments for criminals, a cap on immigration,  and the establishment of Free Schools, the Coalition Government have done more than Labour did in 13 years. We are sorting out Labour’s mess, and with the growth and fantastic reforms seen in the past year, the Conservatives are definitely the ones to watch.

This year’s Labour Party conference will hold something very special indeed.  This week, a rested and refreshed Ed Miliband takes center stage with a speech that will set Labour on a radical new direction: tearing away from New Labour’s technocratic establishment mentality and replacing it with a massive challenge to shatter neo-liberal consensus politics.

So, while smiling Tories in Manchester pat each other on the back for the ‘tough’ decisions they’ve undertaken to lead this country back into austerity, while Lid Dems in Birmingham sit on their hands gritting their teeth, hopelessly contemplating the fateful hand they’ve been dealt, the Labour Party assembled in Liverpool, will be setting forward a plan to win back power through the biggest change in Labour thinking since the words ‘New Labour’ were first uttered.

What exactly could this new mentality be? Well, it was exemplified this summer during the hacking scandal, when Miliband came forward and called for Rebekah Brooks’ resignation from News International – the sort of challenge that cripples Prime Ministers and backbenchers alike with a paralytic fear of forever tarnishing their electability. This is a mentality where we address vested interests and no longer round off conversations with phrases like ‘well they’re too big to fail’ or ‘that’s how it’s always been done’.

According to his aides, Miliband doesn’t just want ‘to shake things up’, he’s looking for an irreversible progressive revolution that will explode the political settlement that have left us with a squeezed middle class and young adults with diminishing opportunity and responsibility; in his own words “I’m ripping up the rule book”. No matter what your politics are, this is not a conference to ignore.

The Liberal Democrats are.

Liberal Youth is the youth and student wing of the Lib Dems. We believe in drug policy reform, ending the blood ban on men who have sex with men and scrapping tuition fees (and we hold the party to account on this!)

We represent students and what they care about. We’ve campaigned for electoral reform, for equal marriage and a more humane asylum system. We consistently stand up for freedom, for fairness and for equality whilst arguing for evidence based policies and transparency.

Liberal Youth does during conference season what no other party youth group can even dream of. This year we wrote and proposed three of the eleven motions on the conference floor, spoke on four amendments and hosted nine fringe events. We offer our members that which no other party does: the chance to turn an idea at the back of your mind into a policy accepted by a party of government.

We also host our own conference twice a year. The next Liberal Youth conference will be held in Colchester on 21st-23rd October and we’ll be debating child poverty, listening to the president of the NUS and Evan Harris of the Hacked Off campaign and being trained on how to campaign more efficiently.

Current Lib Dem policy is to remove tuition fees, but our voice is only as strong as our membership and our voters. Liberal Youth are the only party political youth wing to oppose fees completely; for our voice to be hear we need your support.

Hate us? Love us? Don’t have a clue about us? Get in touch and share your views. 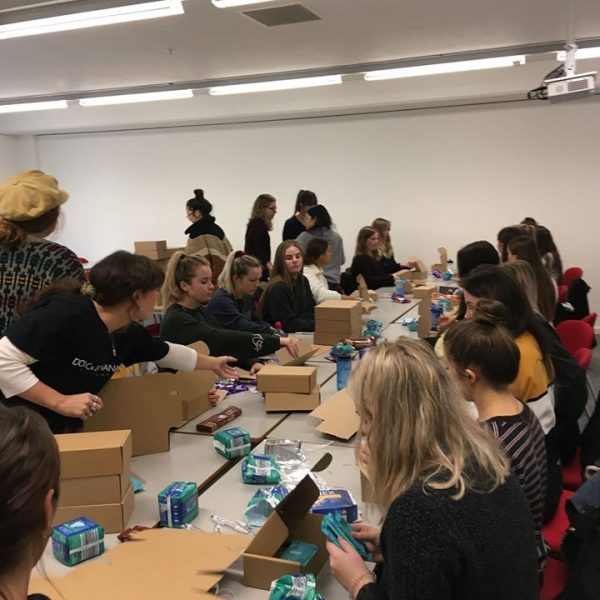