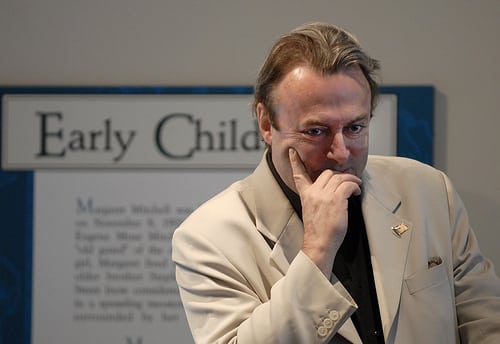 Nobody has better encapsulated the vitality of Christopher Hitchens’ contribution to modern political discourse than the novelist, Joseph Heller. “Christopher Hitchens is a remarkable commentator. He jousts with fraudulence of every stripe and always wins. I regret he has only has one life, one mind”, he lamented. Tragically, his remarkable life looks set to be cut brutally short; the 62-year-old is currently undergoing a punishing regime of treatment for oesophageal cancer. He has said that he will be lucky to be alive in five years time. As such, this seems to be an appropriate time to look back at the impact of arguably the greatest polemicist of this or any generation.

Like myself, Hitchens was a PPE student. During his time at Balliol College, Oxford, he turned to socialism, to some extent in response to what he saw as the horrors of the Vietnam War and the escalating race to stockpile nuclear weapons. This was the start of a complex political journey during which his philosophy would be in constant development. Whilst it may sound like an oxymoron, Hitchens now considers himself to be, “a very conservative Marxist”.

I am no ‘conservative Marxist’ (there can’t be many of those around, after all); but Hitchens is my political hero not because I necessarily sympathise with the myriad of views which he has so eloquently espoused, but rather for the way in which he conveys his fierce intelligence and searing honesty through the pages of his essays, and during often-ferocious debates. No political philosopher that I have ever read (perhaps with the exception of the late John Rawls) sets out his argument so logically, forthrightly, or with such vigour.

Hitchens’ genius lies in his determination to challenge long-held orthodoxies time and time again. Where most are prepared to accept the status quo, Hitchens is constantly questioning himself and others. His scathing 1995 critique of Mother Teresa argued that, far from being a saintly figure, Teresa was “no friend to the poor” – merely a tool manipulated by the Catholic Church to further political ends. Perhaps this controversial point of view was infused by his long-standing atheistic point of view. Whilst he has been accused of being particularly anti-Catholic, Hitchens is equally dismissive of all organised religion, describing it as, “the main source of hatred in the world”. Indeed, he opened his seminal work God Is Not Great by branding Christianity, Islam and Judaism collectively as, “violent, irrational, intolerant, allied to racism, tribalism, and bigotry, invested in ignorance and hostile to free inquiry, contemptuous of women and coercive toward children”. Strong stuff, indeed; Hitchens does not hold back, but even when I vehemently disagree with his analysis I cannot help but respect his tremendous conviction.

Over the past decade, Hitchens has collided with the mainstream once again, this time by publicly and fervently arguing the case for the war in Iraq. It was over this issue that he perhaps came in for the most criticism – yet, even for the staunchest of opponents to the war, he reasoning was more persuasive than most. A masterful orator, Hitchens met his match during a debate with George Galloway, a leading critic of the war. Galloway’s characterisation of him as a “drink-soaked, former Trotskyist popinjay” would have fatally wounded many, but not Hitchens. “I can still hold a Martini without spilling it”, he responded in print. Christopher Hitchens does not only possess devastating logic – he has a sense of humour, too.