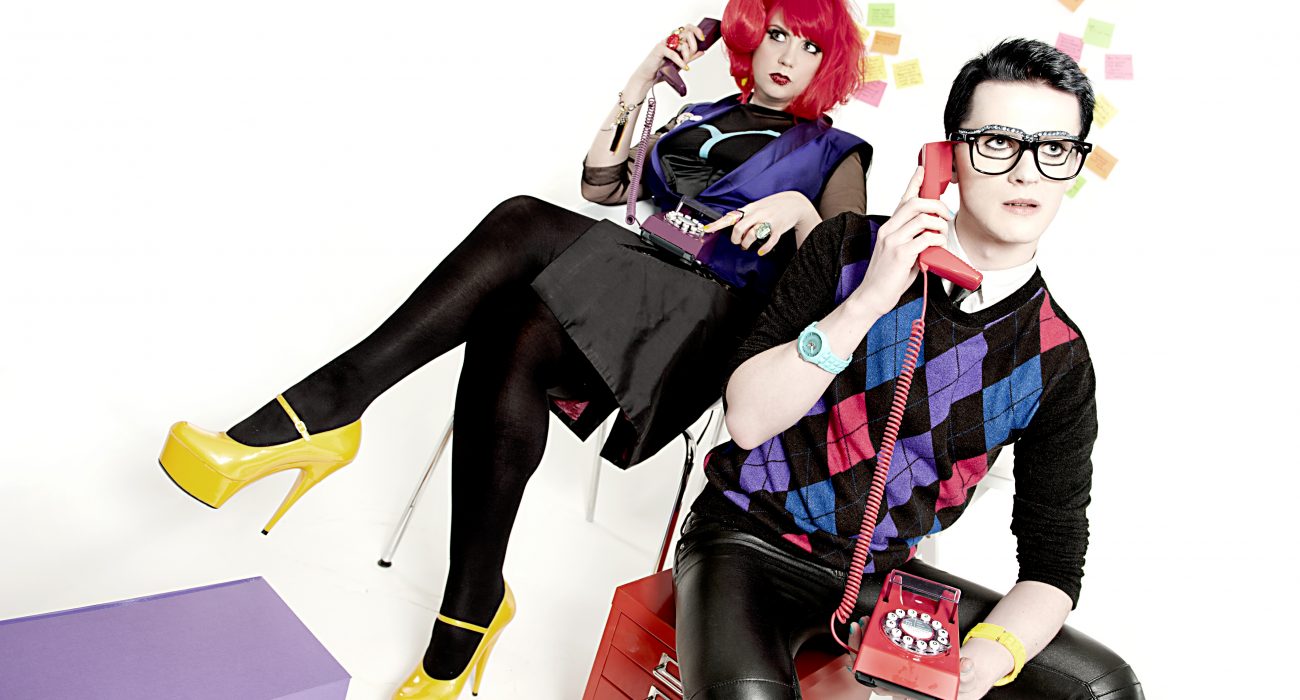 If you haven’t heard of/seen the Edinburgh Fringe Festival Force of comedy-cabaret sauciness, your ears have not lived. On 20th October Frisky and Mannish are making their way to our humble-land (Frisky’s home-town), for the Manchester Comedy Festival and performing at The Lowry.

Their production, School of Pop, taught its audiences Tudor history using the lyrucal stylings of TLC’s No Scrubs, and literature via Wuthering Heights ft Kate Nash.

This year’s veritable feast of comic cabaret delicacies, takes to the stage under the title of Pop Centre Plus; careers advice for pop hopefuls a la Frisky and Mannish.

Thus following a swift praising of Frisky and Mannish’s achievements, combined and as individuals, the questions about what makes the two tick rolled on.

Dani: What is your favourite song that you guys do?

Frisky: Favourite song that we do, it’s hard because we do so much and we’ve been doing them over years and years, they go in and out of enjoyment for different reasons.

One thing that we do is Rhianna’s Rude Boy, and we demonstrate that, obviously we all know it was originally by the Bee Gees, so we do the Bee Gees original and that basically came from loving the song Ride Boy so much.

We put the Bee Gees version on, and when we make ourselves laugh so much that we fall off the sofa then we know it’s good and we really loved it.

Dani: Your coloured hair, is it real?

Frisky: It is real! I actually walk around with bright red hair, I do cheat though I have to say, sometimes I don’t have time to get the straighteners out or make it look really pretty and nice, so I have to admit occasionally I will chuck a wig on.

Dani: Did you have to have it specially made?

Frisky: No it’s actually quite a bargain one! It is from New York, which sounds quite fancy, but it’s the New York equivalent of Angels Dress-Up shop or something really crappy, it just so happens that they have really good wigs!