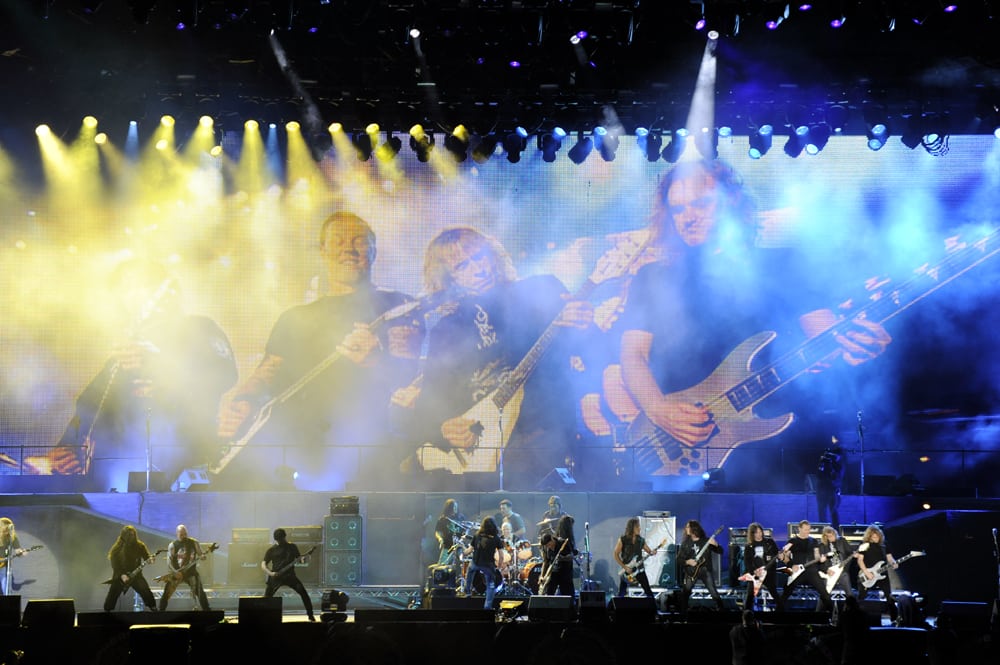 Whilst many would think of one of the headliners (Metallica, Biffy Clyro and Slipknot) as the best of the festival, we all know that Limp Bizkit, however much they’re ridiculed, steal any festival. Who doesn’t seriously bounce as soon as ‘Rollin’’ hits? If that isn’t enough, they also sampled ‘Eye of the Tiger.’

As much as it hurts to say this, hands down, the biggest disappointment of the weekend were Motörhead. What would have been an OK set of rushed classics turned embarrassing as Lemmy slurs nonsense between songs, even disappearing during a drum solo to, presumably, down another Jack Daniels.

Tempting though it is to give this to Led Zeppelin throwbacks Rival Sons, they’ve made their name this year already. The real surprise was Vintage Trouble. A fifties style rock band fronted by a man with all the characteristics of James Brown, the unknowing audience lapped it up. A genuinely pleasant surprise.

For a large, heavy festival, it’s not bad. Granted, you get the odd few intimidating meatheads running around shouting “SLAYARGH” at 2.AM, but overall, it’s a friendly vibe. No more so than in the pits, where everyone, no matter how preoccupied they are, were quick to help people to their feet.

For well under 200 quid, you can’t complain. This year worried many metalheads due to the dreaded ‘Biffy Clyro day’. But other stages always had plenty else going on, with a good cross section of rock and metal covered. With such a good atmosphere to boot, it’s worth an end of year blow out.