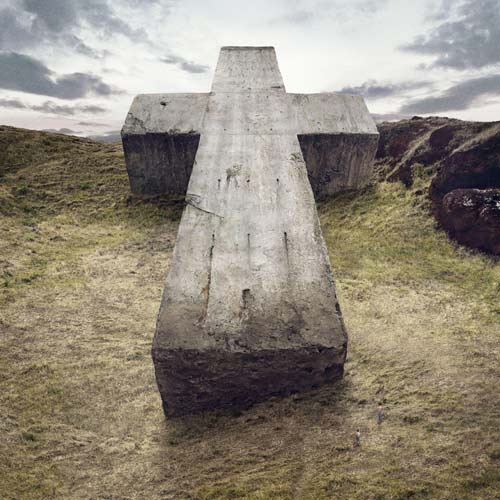 Lay it to rest boys.

Remember Justice? Yeah? Well you’re in for a treat then, sort of. The French duo that took electronic music by storm with their first, and critically acclaimed album † have returned with another album that is set to follow the same formula and change the face the of dance music again. Or is it? After listening to Audio, Video, Disco, it’s clear much has changed.

After the power-hitter that is Justice’s new single ‘Civilization’, the album fades. Too many songs just come and go without any real consequence; in fact, at least a third of the album sounds like it could be backing music for a shit remake of Crystal Maze. For those of you looking for another ‘Phantom Pt. 2’, a song that stood out amongst the other stellar tracks on the first album, you’re out of luck. The duo have cited Queen, The Who and Black Sabbath as influences on this LP, and whilst it’s clear that a homage to these artists exists in some of the tunes – especially the 80s guitar riffs in ‘Parade’ and ‘Newlands’ – it’s unclear as to whether it actually works for them. It often sounds confused. It seems too far removed from what made their first album great – towering drums, haunting, deep base – replaced with MGMT-style vocals and too many faceless instrumentals. It appears to be an altogether more inoffensive listen, which is sad, really. You certainly won’t find a ‘Stress’ on this record.

It will work for some, but not for me. For those who want to hear the Justice of old, avoid this album. If you simply can’t go without listening, brace yourself to be under-whelmed and slightly gutted.