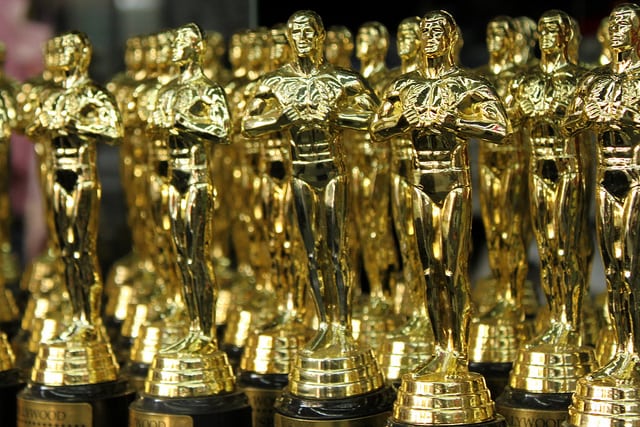 1. First, prepare a quality ensemble. Apart from some notable exceptions like The Lord of the Rings, a standout performance is almost always necessary to winning the Best Picture award. Most Best Picture winners also get nominations in the acting categories. Gladiator (2000) and Silence of the Lambs (1991) were both driven by their lead’s memorable portrayals, while Star Wars: A New Hope (1977) lost out to the more character driven Annie Hall (1977).

2. Stir in plenty of male leads. It’s a shame, but films revolving around women just don’t win Oscars. Chicago (2002) was the last to do it and that was a full nine years after Terms of Endearment broke the curse (1983). Even the impeccable Thelma and Louise didn’t get a sniff.

3. Liberally sprinkle on some sap- it always trumps downbeat films. This dates right back to 1938, when Frank Capra’s You Can’t Take It With You beat the far superior anti-war film La Grande Illusion. Not much has changed, with movies like Titanic, Forest Gump and last year’s A King’s Speech turning the sentimentality levels up to 11 to take home the prize. Horrors, notable for their lack of soppiness, are largely snubbed at the Oscars.

4. Fold in a social/political message. Films like Crash or Million Dollar Baby that take a look at prejudice and controversial issues like euthanasia often go down well. Use sparingly though. Too much ‘edge’ will result in your movie tasting more like a nomination than a winner. See Dr. Strangelove or: How I Stopped Worrying and Learned to Love the Bomb (1964), Reds (1981) and Brokeback Mountain (2005) – all nominated but lost out to films not nearly as impressive, but also not nearly as controversial.

5. Shape into an ‘epic’. If there is one thing that has gone unchanged throughout the Oscars’ history, it’s that the Academy loves epic movies, particularly biopics. This is attributed to what film columnist Ann Thompson calls the “steak eaters”. These are the Academy voters that come from the different craft guilds- sound, effects, sets etc.- and are primarily older men. They will usually vote for grand spectacles with mostly male casts. Good examples include Ben-Hur (1959), Lawrence of Arabia (1962) and The Lord of the Rings: The Return of the King (2003)

6. Bring to a boil with some realism; sci-fi movies never win it. 2001: A Space Odyssey (1968) and E.T: The Extra Terrestrial (1982) were both hit by this curse. Gritty and dramatic pieces following unremarkable people thrown into remarkable situations can be key to leaving your mark. Deer Hunter (1978) Titanic (1997) and Slumdog Millionaire (2009) achieve this expertly.

7. Now add a dose of history. This one could clinch it. Whether it’s a biopic like Gandhi (1982) or fictional account like Dances with Wolves (1990) set during a real historical event, the Oscars go nuts for films set in the past. The King’s Speech (2010) defeating the more modern and unconventional A Social Network (2010) last year showed us that the thirst is still alive. Don’t worry about accuracy levels either; just stick on ‘inspired by real events’ at the start and you can exaggerate a King’s stammer as much as you want.

8. Finally, don’t worry about a big serving, long films are not a problem for the Oscars. Indeed, famous winners Gone with the Wind (1939) and Ben-Hur (1959) both exceeded 3 hours. Be careful not to overdo it though, recent winners suggest voters don’t have quite the same appetite for long flicks.

Now, leave to rise and prepare for a September onwards release. Anything released in the first two quarters is more likely to be forgotten by both the viewer and the Academy. And remember, any hint of animation or a foreign language is likely to leave your film untouched at the judge’s tables.