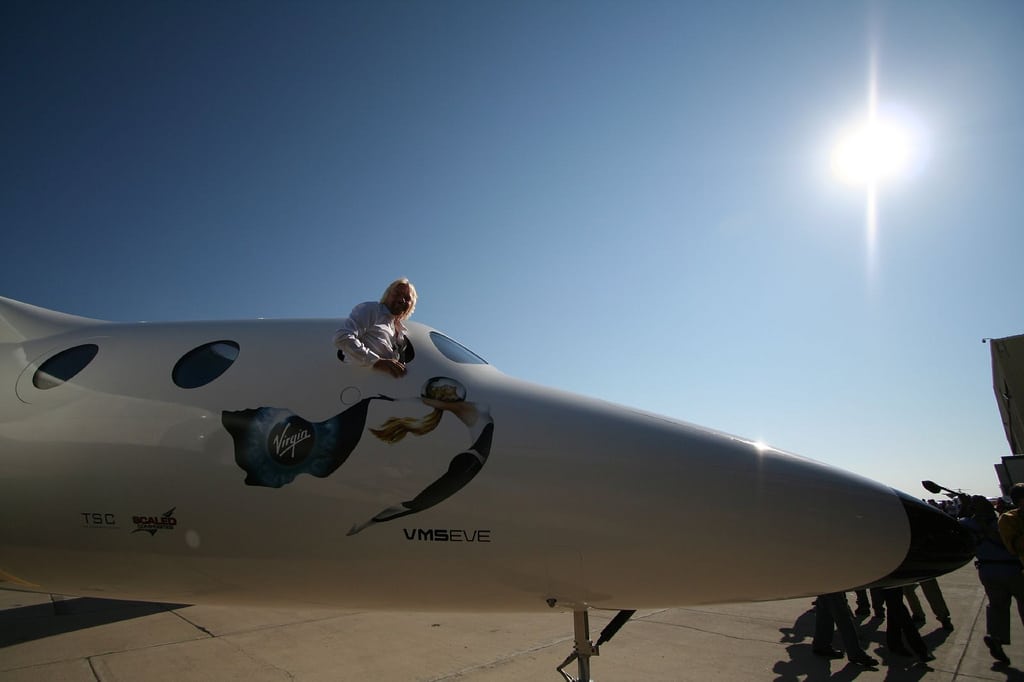 This auspicious month of October shall forever be associated with the inauguration of this century’s new tourism movement. The hopes of aspiring space tourists have been emboldened. ‘Spaceport America: Virgin Galactic Centre for Space’ is the world’s first commercial spaceport for the world’s seminal commercial spaceline, built in the remoteness of New Mexico. On 18th October, entrepreneur Richard Branson dedicated the $209 million venture, part funded by USA taxpayers, entering by abseiling down the spaceport hanger in his wonderfully audacious style, befitting such a grand project.

The crowd gathered before this display of optimism included New Mexico Governor Susana Martinez, astronaut Buzz Aldrin and 150 enthusiasts who have already booked flights into space. These spectators were entertained by a flyover from WhiteKnight Two, the ‘mothership’ which will launch the suborbital spacecraft SpaceShip Two. Branson was also in awe of the building: “It is literally out of this world, and that’s what we were aiming at creating”.

Dave Wilson from Spaceport America explained that the site was chosen for the confluence of such factors as its remote location, low population density, stable weather conditions and 7,500 miles of restricted airspace. Wilson also spoke of the admirable aims of this project: “We want to change the way which we go to space, we want to lower the cost”. The flight will offer the sensation of weightlessness for five minutes and views normally privy exclusively to astronauts. This 2.5 hour flight boasts a remarkable experience at a ticket price of £127,000.

Last month, Virgin Galactic announced a $4.5million contract with NASA for three research flights on the SpaceShipTwo, but such good news has been a rare commodity in a project beset by delays. These interruptions have pushed the expected 2007 maiden flight date back until after preliminary test flights take place next year, with Branson emphasising that safety will be the focus of the coming years of development.

Space tourism has long been heralded as the looming next leap in space travel, opening the majestic views of the blue marble to the public, yet a visionary with the attitude of Branson has always been required to give this idea the thrust to take off.