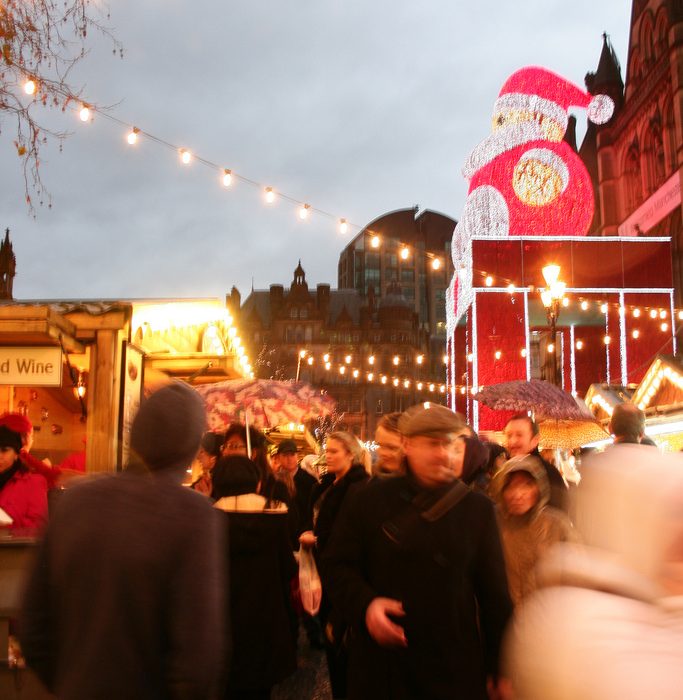 Christmas Market 2011 most popular ever

Manchester’s Christmas Market saw more than 67,500 people visit its site at Albert Square on its opening weekend. A combination of frozen prices on beer and Glühwein with the ever early arrival of Christmas consumerism has drummed up the massive footfall in and around the town centre this year.

Manchester’s market is now one of the biggest German markets of its kind in the country in terms of the number of stalls trading. It is one of the many markets continually growing year on year as result of their increasing popularity.

Councillor Pat Karney believes the markets are an important festivity for the city: “In these difficult times, it is fantastic to see the markets bucking the trend. They have a vital role to play in attracting visitors to the city centre in the run-up to Christmas.

“If the opening weekend is anything to go by, we could be looking at the most successful Christmas Markets ever.”

Independent research carried out in 2009 suggests the market generates around £50m of economic benefit for the city. The swollen numbers of passing custom on the weeks of the market certainly benefit some outlets which are located in the presence of market sites all year round.

Tim Dolphin, store manager of a Starbucks branch on Albert Square, believes their weekly number of customers doubles during the Christmas Market season.

“The Christmas market brings in a lot of business, a lot of custom and a lot of sales…and as soon as the market finishes business gets quiet again.

However, it is appears the benefits of the market are not evenly spread amongst business in proximity to the market. Although chain establishments such as Starbucks, Slug and Lettuce and other outlets on Deansgate and Albert square stand to benefit greatly, the arrival of the Christmas Market poses trouble for other firms.

Small shops such as newsagents express concerns over the distraction the market creates for consumers. Smaller independent stores, which typically stock Christmas wares such as greeting cards and wrapping paper, often experience decreases in sales as a result of the Christmas Market.

While the great net benefits of the market can not disputed, the growing popularity of the market may be becoming a growing worry for some.