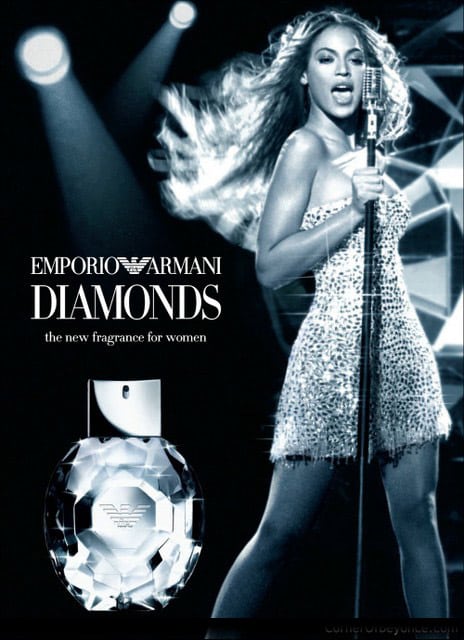 The most obvious advertising campaign for a celebrity to get involved with is the perfume ad. Having a celebrity become a ‘spokes-model’ for your brand is a dream collaboration. It works as a two way thing. Usually said actress or singer has a new film or album coming out at the same time as them looking beautiful and, I’m sure, smelling lovely in perfume adverts. Beyoncé, for example, sang in the Giorgio Armani advert for ‘Diamonds’ around the same time as her album B’Day and film Dreamgirls were released. Thus publicity was ensured for the fragrance, film and album: genius. However it cannot be denied that some advertising campaigns are better than others. The pick of the bunch is, of course, Chanel.

Being one of the greatest fashion houses on the planet, under the guardianship of fashion god Karl Lagerfeld, Chanel obviously attracts a lot of gorgeous sophisticated women to star in their advertising campaigns. In recent years, Nicole Kidman, Audrey Tautou and Kiera Knightley have all graced our screens in the name of ‘Chanel No.5’ and ‘Coco Mademoiselle’. What works about these adverts is that Chanel brings in external directors who have worked with these actresses before to create a mini film. Baz Luhrmann worked with Nicole in Moulin Rouge prior to Chanel, and Joe Brown directed Kiera in Pride and Prejudice and Atonement. As a result the adverts have their own mini plots and are oozing with sexual tension and romantic hook-ups with mystery men. What may have been standard, ignorable television adverts become events. They suck you in to a romantic frothy world that, alas, we mere mortals can only dream of.

However, some celebrity-designer perfume adverts are just so, so wrong. Chanel is partial to a bit of tasteful nudity where nothing is actually on show. Calvin Klein’s advert for Secret Obsession starring Eva Mendes is another story. Rolling around on a bed starkers showing off your nipples and gasping ‘sexily’ is just so cheap. What is the point? A thirty second advert does not need to be X-rated in order to sell perfume- a ploy which holds little sway with the female populous.

Each to their own, of course, but personally I’ll be sticking with Karl’s adverts: glamazons, dashing men, couture gowns and gorgeous Parisian settings… sigh.