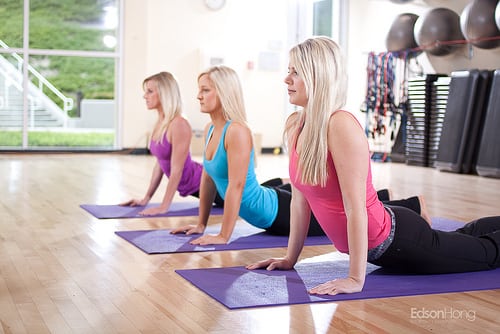 For the general population new year resolutions begin on a hungover January 1st but for students who have to endure a painful few weeks confined to the library, with only comfort food and energy drinks to get them through revision, it’s much more practical to postpone new starts until February comes around.

Now exams are over, there is no excuse. Put the multipack of biscuits down and get up. With most of your student loan probably already blown on post-exam celebrations a gym membership is out of the question. Instead, stick with exercise at the click of a button and from the comfort of your front room: fitness DVD’s. Here are the latest tried and tested.

The Only Way is Essex: The Essexercise Workout

The sight of Sam, Billie and Lydia(who?!) in bikinis on the front cover is enough to make you want to give up and eat yourself to death. Watch a few minutes of the three twenty minute workouts that follow and you can understand how they look that good. A mixture of dance, combat and toning you’ll see the effects in no time – providing you do it more than twice. It isn’t easy being reem. With bonus features that give you a guide to get the full Essex look, it’s exercise and entertainment all rolled into one.

3 out of 5 stars – much more effective if put on mute, those accents are just too much.

Robin Antin, founder of the infamous PCD, has upped her game since her first fitness DVD in which “exercises” included rubbing a feather bower between your legs. Aptly titled ‘dancer’s body workout’ Robin makes the assumption that we all have the bodies and fitness staminas of dancers, or olympic athletes. The moves are quick, difficult to follow and for safety reasons you’re recommended not to do them in 4 inch heels a la the dolls. One move Robin repeats from the last DVD is the seductive biting of the finger. How many calories that burns I do not know, but combined with an overload of PVC and raunchy lunges this could be mistaken for a DVD of a totally different kind.

3 stars – this is one for the boys

Remember when Jennifer Ellison was really obese? No me neither. But apparently she thought she had some fat to blast and is now a mentor to those looking to do the same. Under the traditional format there’s three parts: tone blaster, box blaster and power blaster. If the repetition of ‘blaster’ isn’t enough to inspire you there’s a six foot illuminated sign that says ‘hot’ in the background through out. You’ve got to hand it to Jen though this is bloody hard, a little too hard. My inner slob struggles to put up with her motivational pep talks but if you’re less of a cynic than I am this might just be for you.

4 stars – for the positive and pro active among us

As if there could be a fitness feature without Davina making an appearance. In what feels like her four hundredth fitness DVD she’s back with personal trainer pals Jackie and Mark. This time the focus is “ultimate target” so whether you’re trying to shift a beer gut, tone up bingo wings or get rid of unloved love handles Davina’s got the moves for you. Supposedly it only works if you ditch the stuffed-crust pizzas and Mars bars – who knew?! – so make sure that’s a sacrifice you’re willing to make.