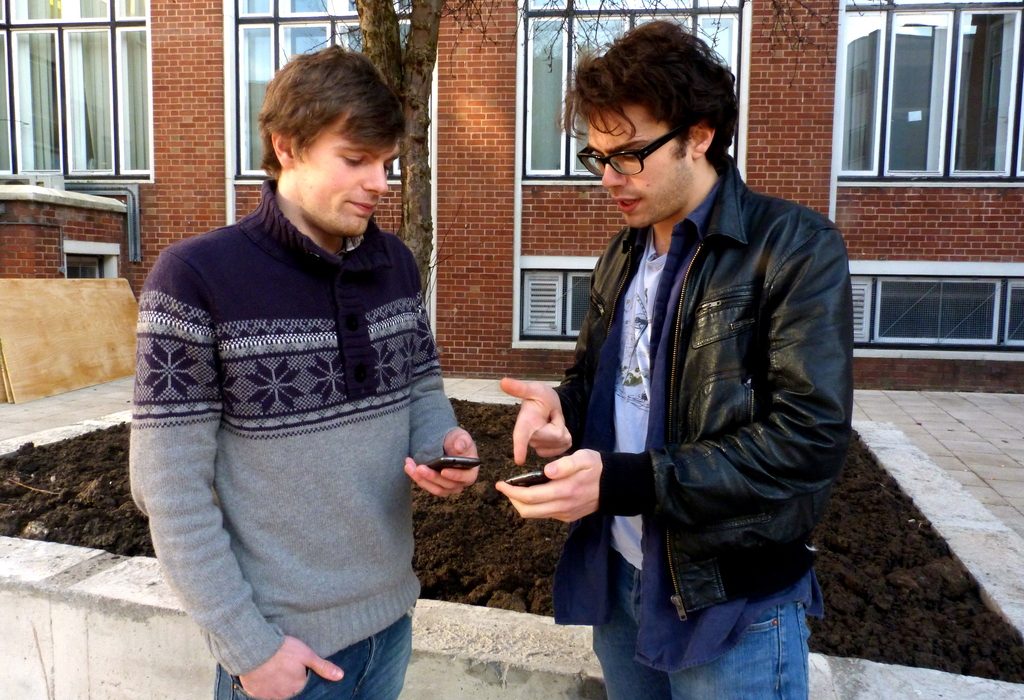 Peter Sutton (left) and Lloyd Henning (Right) were part of the team involved in the development of software designed to help aid workers at scenes of natural disasters. Photo: Ruth Wildman

A team of computer scientists at the University of Manchester have created smartphone software that could save lives and reunite refugees with their loved ones following a natural disaster.

The team, involving two undergraduates, Lloyd Henning and Peter Sutton, was led by Dr Gavin Brown of the faculty of Computer Sciences at the University.

Interviews with survivors are transcribed and relayed to workers who are not at the scene of the incident who can add the information to an encrypted server. Information is then added to a server allowing details at and away from the scene to be relayed.

The research also included the development of a piece of software entitled ‘Where’s Safe?’ which tells people where safe areas are following a natural disaster or a terrorist attack. Survivors send a text message and information regarding their closest safe point is relayed to them.

Another element of the software was designed to calculate the malnutrition levels of infants at scenes of disasters by calculating their Body Mass Index (BMI), telling aid workers at the scene the amount of fluid or food administered.

The idea was first created when Henning and Sutton entered a competition run by Microsoft to use software designed to help in real world issues, such as disaster relief, poverty or the environment. The team was granted funding through the university’s Knowledge Transfter Account, an initiative to create more engagement in research funded by the Engineering Physical Sciences Research Council.