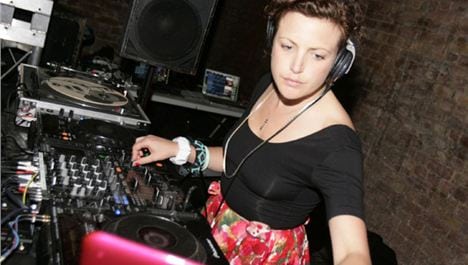 The couple of days between Christmas and New Year are usually shit. Everyone knows it, it’s just a fact. The cold cuts are slowly but surely disappearing into your dad’s digestive transit and your mum is exhausted from three days of stuffing poultry and buying presents, returning them, and then buying them again. And what’s more, New Year itself is often shit too. There’s always that mate who’s having that gathering. He gives it all the big talk about that ‘sick’ sound system and starts waxing lyrical about his mate who’s going to be playing who plays ‘future bass’ – it’s going to be “a really minimal set, so ambient” he says. But what he really means is there’s going to be a poor spread, some cheap wine and his parents Flo and Paul will be there too and they haven’t seen you in ages.

For some though, the New Year period represented something so indulgent, so forbidden, that it would seem to the mortal simply too good to be true. Three days of flawless electronic music, at what would be the last in the series of shows that has represented the danciest funeral march in club history.  Some, it seems, were lucky enough to see in the New Year at the Warehouse Project.

Three shows over the 30th/31st/1st saw a plethora of musicians descend into the murky car park juxtaposed beneath a shiny, healthy Piccadilly. Foals played a sold out show on the 30th with ample support from Jackmaster, working their spaced out, euphoric sound into every inch of the arena. Atmospheric rumbles from Spanish Sahara resonated from the VIP booth that’s a bit shit to the inside of each portaloo, which again, are a bit shit.

The 31st handed the baton to Annie Mac, who provided a set of some electronica she thought would sound cool. Supported admirably by WHP favourites Fake Blood and Jaguar Skills, this New Year’s Eve party boasted proper DJs, whom admittedly did play ‘future bass’ – but there is something beautiful to be said about it when it’s not being played off a CD player or a mobile phone in a garage.

The 1st was a groundbreaking moment for club music in Manchester, a party lasting from 5pm on the 1st, ending at 5am on the 2nd. Warehouse Project stalwart Julio Bashmore and up and coming producer Maya Jane Coles were both on the stellar bill, which included a headline slot from legend Laurent Garnier.

As the clock ticked down to ‘the end’, it was hard not to feel sad. Store Street has strained under the weight of so many great acts that at times it looked liked it could get no better. The place is associated with nothing but fantastic nights and even better music. It is common knowledge that you meet the most interesting people that have ever existed in the smoking area of a Warehouse Project – friends for life. Store Street however, will be resigned to the past this April when WHP will be revealing a new venue to contain its late night Easter-special debauchery, which will no doubt see a slight queue on opening night. Although the project has moved on, the venue will remain. Store Street is dead, long live Store Street.