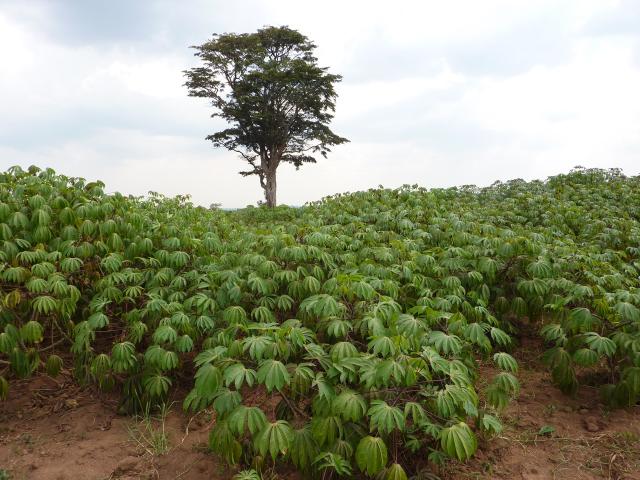 “Rambo of the food crops” as saviour from climate change famine

The hardship of famine wrought by climate change may have a neglected saviour in the Cassava crop, which flourishes where other plants wilt. Drought, heat and overall desperate growing conditions in Africa are set to worsen with climate change, exasperating food shortages and famine. However a recent report has proposed an unlikely rescuer in the form of the Cassava crop which boasts remarkable traits of resilience.

The Cassava plant is consumed by 500 million people daily; a critical staple food and second only to maize as the most important source of carbohydrate on the continent. A recent report analysing the performance of the crop has outlined an expected increase in reliance as the effects of climate change become more domineering.  The root crop outperformed potatoes, maize, beans, bananas, millet and sorghum in tests, an auspicious comparison which “will leave Cassava in a class of its own”, the study said.

Africa’s dependence on the crop is set to surge as the plant’s ability to flourish in difficult growing conditions makes it a vital  “fallback when other crops are failing” according to Andy Javis, the report’s lead author.

The Cassava grows in poor soil and only requires little water; pitted against these six other staple crops in sub-Saharan Africa, the Cassava surpassed all competitors and didn’t suffer from the effects of heat or other usually problematic conditions attributed to climate change. The report found the plant to “shut down” during drought and be even more productive in higher temperatures.

“Cassava is a survivor; it’s like the Rambo of the food crops,” commented climate scientist Andy Jarvis. “It deals with almost anything the climate throws at it. It thrives in high temperatures, and if drought hits it simply shuts down until the rains come again. There’s no other staple out there with this level of toughness.”

Although the Cassava flourishes where most plants only find hardship, its Achilles heel is a vulnerability to pests and disease. Last November, UN scientists warned of a virus reaching an epidemic scale, which has wiped out Cassava crop in certain regions, leading to famine. So the need for more research to make the Cassava crop more resistant to disease has been stressed.

“We have very few good stories where we see crops doing equal or better under climate change and finally we’ve found one with cassava” commented Andy Jarvis. With the ill effects of climate change worsening, preventing famine in places of vulnerability will certainly be high up on the world’s agenda.