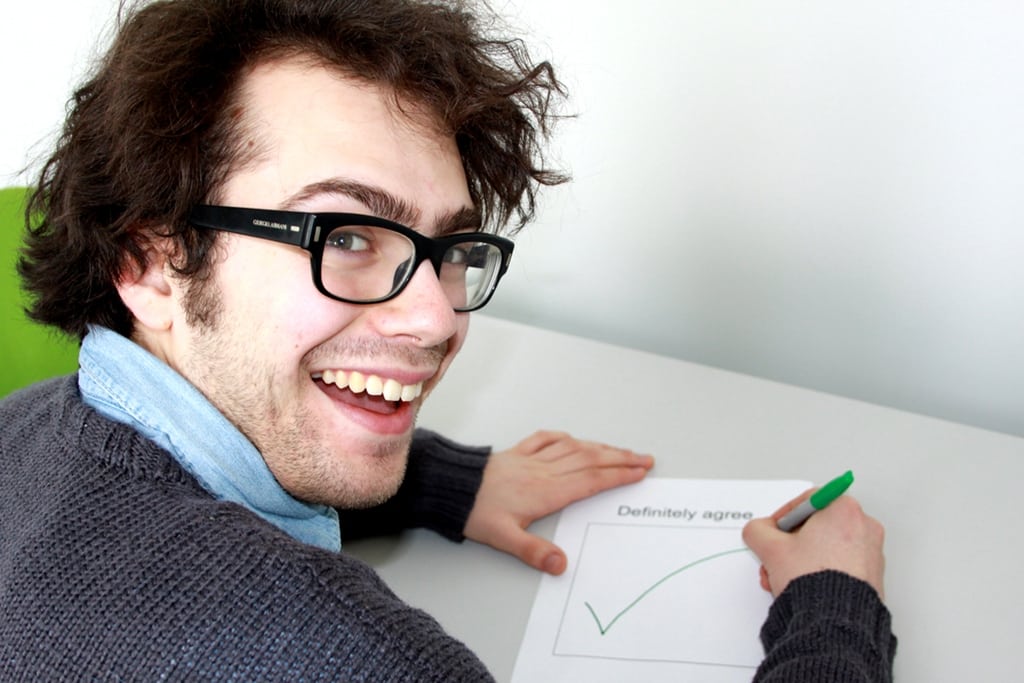 Get a better degree: lie in your student survey

The phone rings. Bzzzt. Bzzzt. A prospective telecommunication of hope during the bleak, long hours of study. Bzzzt. An unknown number. Bzzzt. Could it be a love interest? Bzzzt. Or a job offer? Bzzzt. Perhaps it’s an intrepid explorer looking to form a team of mavericks to explore the darkest regions of space. Bzzzt. “Hello?”. “Hi it’s Paul from the national student survey”.

When humanity created form filling, it created the uncontested champion of monotonous tasks. Unfortunately, it is from these tomes of boredom that we make informed decisions about the world around us. So when you are called by a temporary acquaintance, such as Paul, to fill in the national survey, realise that you are about to in fact become a player in a game of utmost importance.

Paul will ask you questions that may seem to be prompting you to whinge about topics such as the lack of feedback from coursework, the dearth of rigor in degree material or the absence of kit-kat chunkies in vending machines. However, he is really asking you to rate the value of your degree. If you say that you are satisfied, you will be pushing your degree closer to upper echelons of the league tables; if you moan, you will only be sending it to dwell with the filth at the bottom.

Therefore, logically, for the sake of improving a piece paper and impressing HR personnel worldwide, it is an obligation to state that your time at university was the dog’s knees and bee’s bollocks – even if that is an outright lie.

A shocking call for dishonesty this may be, but one you should get to grips with fast. If you are ever planning succeeding in the commercial world, lying to improve your career prospects should seem as natural as hitting refresh on Facebook.

There is the problem of the subsequent corruption of data. The national student survey is one part of the governments method to keep an eye on how well universities are performing. The surveying itself is performed by an independent company, nominally Ipsos MORI. These poor sods are the ones having to call up drunk/hungover students nationwide on behalf of the government.

But the data is just for those boring league tables that middle class parents fuss over to decide the destiny of their sheltered offspring. Questions far more relevant to the harsh reality of student life would ask you whether agreed with statements such as: “the number of 9:00 a.m. lectures was very little”, “the selection of beer and kebabs helped me become a well rounded person” or “it was easy to find someone willing to perform the act of coitus with”.

What of the true goal of the survey – to report student satisfaction? It’s quite difficult to understand what “satisfaction” means in this context. Is it quantifying how much your intellect was given the ego trip it demanded? Or how easily you got buy living a life of cake and ale? How are prospective students expected to determine if a prospective educational establishment is a boffin-dome or a lad-nirvana?

Even if you are incredibly dissatisfied with your experience, will complaining at a national level change any of this? Could it just serve to reduce the number of applicants and thus the amount of money pumped into your course for resources and contact time? Which in the worse case could have the course itself disappear and what credibility will your degree have then?

The Vice Chancellor, Nancy Rothwell, quipped in a recent question and answer session at my school that most students decide they enjoyed their time at Manchester only once they have graduated and after they have filled in their student surveys. Was this just unadulterated propaganda from the Sith empress herself or was this wizened insight from a Jedi master?