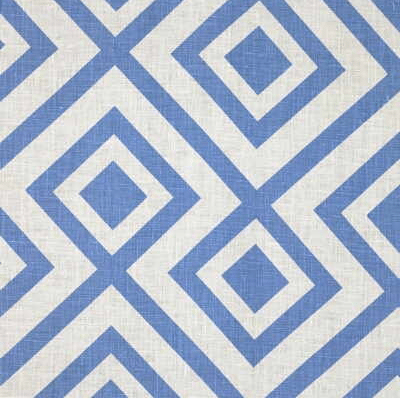 From Aztec to Hicks: Fashion Grows Up

Following a very animated Spring/Summer 2012 of daring prints, chaotic Aztec designs and Club Tropicana galore (yes, the theme for last year’s Pangaea was very much on-trend), it’s high time that we dispose of our short-sleeved Hawaiian print shirts. This season, bold patterns are still on the fashion horizon however, in a much more elegant and diluted manner. Omit all drunken Pangaea memories of insulting tans, coconut bras and patterned wife-beaters from your memory.

Autumn/Winter prints have matured and evolved from the latter into something much more chic that has scope to remain in fashion for a considerable amount of time. Envisage British interior design in the ’60s: adventurous combinations of colour alongside enigmatic wallpaper designs. At this point, the work of British print artist and interior designer, David Hicks, should come to mind…

A graduate from Central School of Art in London, David Hicks was to become one of Britain’s most renowned print artists to date. Even if you had not heard of him until now, you have definitely seen one of his prints. His work celebrates everything that came about during the ‘Swinging Sixties’ era. Whilst some of the designs are seemingly outlandish, much like attire from the recent Club Tropicana fashion trend, it is the use of colour that means any clothes in which adhere to this trend are much more transitional (something that every student should strive to find).

Whereas a few months ago, many designers and stylists were showing contrasting patterns in the same ensemble, this season is about calming that down. Instead of mixing Aztec print trousers with a striped blazer, opt instead for a solid colour blazer to keep the outfit immaculately styled without being overbearing or attention seeking. Hicks’ prints mostly incorporate white or black with two other complimentary colours. The featured photo exhibits one of his most famous prints, La Fiorentina.

But how can you bring a bit of Hicks to your own daily styling you ask? Luxury British brand, Orlebar Brown, have just released their signature tailored short designs in a range of prints by none other than David Hicks himself. The brand began five years ago and are renowned for their shorts that bridge the gaps between being on the beach and going to the bar or going to lunch. A Saville Row take on the swim-short, all their designs are made with the idea that they can be worn both as a smart everyday short, but are simultaneously 100% waterproof and very fast drying.  The David Hicks editions come in their classic mid-length (which is called the Bulldog) and also their shorter short design (known as the Setter). The aforementioned Fiorentina design will be released in the next few months however Hicks’ chevron print (featured photo) is already in the stores and online.

It is arguable that these prints resemble some of the daring Aztec and Itak designs from last season however, if styled correctly, you can achieve a much more mature and coherent look. This season is about patterns evolving and in a sense ‘growing up’. Blend a pair of these Orlebar Brown shorts with an accompanying monochrome t-shirt and a pair of casual loafers. Complete the look with a pair of wayfarer sunglasses and a tan coloured satchel and there you have a 2012 take on what is a vintage classic. The Orlebar Brown + David Hicks editions are available in their stores or shop the entire collection online at www.orlebarbrown.co.uk and sign up to the customer database for a 10% discount off your transaction.