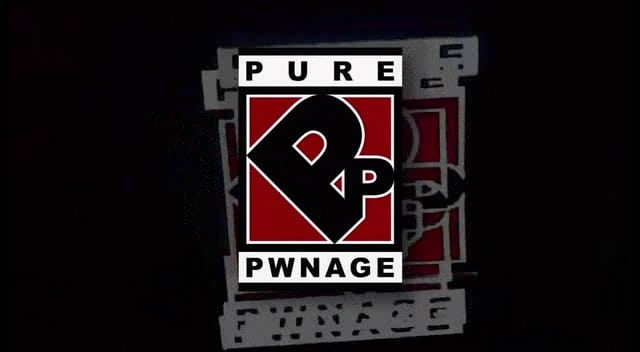 Will Pure Pwnage be the best gaming movie ever?

The greatest gaming movie ever?

It took just under 24 hours for Pure Pwnage: The Movie to reach its target of $75,000 on crowd funding website Indiegogo.  The creators of Pure Pwnage Jarett Cale and Geoff Lapaire aim to produce the greatest gaming movie ever, which with competition like 1989’s The Wizard doesn’t seem like the highest aspiration.

Pure Pwnage started life in 2004 as a web show. The show is a mockumentary that centres on the life of Jeremy, known online as Teh_Pwnerer. Jeremy is pro at games; he lives with his n00b brother Kyle an aspiring filmmaker. Kyle follows Jeremy from behind the camera as Jeremy goes through his life as a pro gamer; humping his monitor, eating sandwiches with ludicrous levels of bacon in, and going to the park so he can draw out C&C strategies in the sand pit.

In the show Jeremy shares his thoughts on religion; ‘Some religions just want you to give them all your time and money, they’re like MMO’s.’ and refers to police officers as admins, this shows us that Jeremy is a man who’s only frame of reference is video games. However, he’s no match for FPS_Doug a man who carries a knife everywhere because its known fact that in Counter Strike you run faster with a knife.

With characters like this, it was no wonder the show became a hit amongst gamers, its popularity lead to Canadian TV channel Showcase commissioning eight episodes. While the TV show never had the crossover appeal of something like Spaced, the fact it even got made demonstrated the power of the Pure Pwnage fanbase.

Cale and Lapaire have talked about their ambitions on the Indiegogo page. They wish to take Pure Pwnage to a truly global scale and show the reality of pro gaming in countries like South Korea. I for one can’t wait.