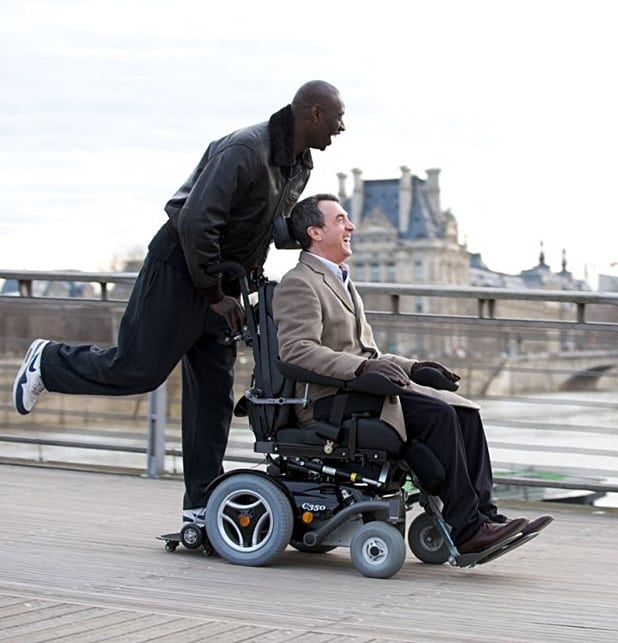 Untouchable tells the story of a quadriplegic millionaire.

In Hollywood, an established star can often save a weak plot from financial meltdown. But when you’ve got the likes of Emma Watson playing a “wallflower”, you know it’s all gone a bit mad – perhaps the film industry is in need of a wake up call.

This came on 21st September with the release of the French film Untouchable, which tells the real-life story of a quadriplegic millionaire and his ex-convict carer.

The film is not what you might expect. Whilst topics such as these have been deemed ‘untouchable’ in the past, it doesn’t beat about the bush, confronting the issues head on with full-frontal comedy.

This approach seems to have done the trick. The film has already had huge success all over the globe, grossing higher than the last Harry Potter installment in some countries. Picked as France’s next entry for the 2013 Academy Awards, it has even inspired no less than Harvey Weinstein and Colin Firth, who are set to make an English language version of the film. Judging by the rave reviews, it’s going to be huge in England too.

Quite clearly, this story has already touched millions, marking cinema’s growing ability to challenge, inspire and teach; and showing audiences’ willingness to go to the cinema and learn something new. It’s all well and good for the film to go on and for us to switch off, but sometimes we’re looking for something more- and for our eyes to be well and truly opened.

Although Untouchable might be the first film to tackle such issues and hit the mainstream, it’s not the first to bring life with disability into the spotlight and onto the big screen.  The Diving Bell and the Butterfly in 2007 moved audiences with its depiction of the true story of Elle editor Jean-Dominique Bauby and his life with locked-in syndrome.

Films like these and like Untouchable are a welcome sight to the film industry and to us, proving that film can not only be watched by everyone, but include everyone too.