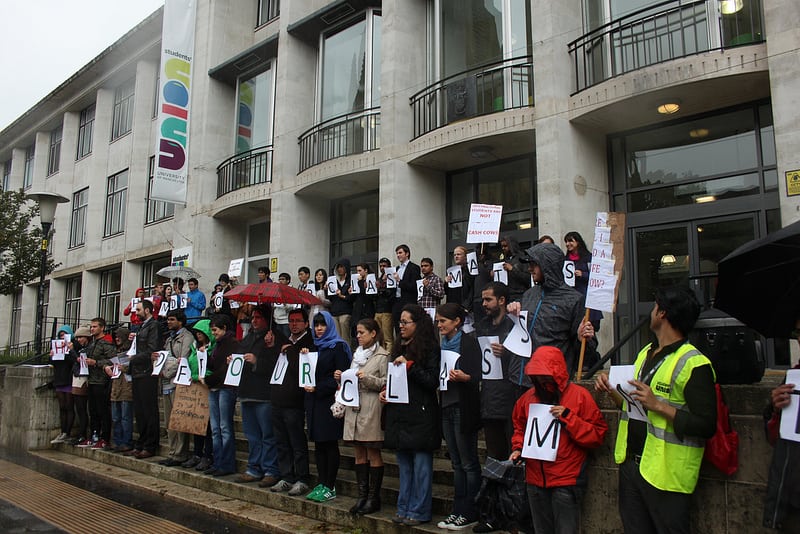 International students at London Metropolitan University have been granted permission to remain in the UK to complete their studies.

Students will be allowed to start their courses and continue at the university until the end of the academic year or until their course finishes.

The National Union of Students has welcomed this decision after intervening as a third party, representing the needs and interests of students in the UK, and, represented by leading law firm Bindmans, presenting evidence to the court.

The NUS spoke as the democratic voice of students in the UK, as the UK Border Agency’s (UKAB) decision to revoke London Met’s Highly Trusted Sponsor (HTS) status is estimated to currently affect as many as 2,600 students.

Liam Burns, NUS President said: “We are delighted that as a result of our third party intervention, interim relief has been granted by the High Court to current international students who have been unfairly affected by UKBA’s decision.”

“Our third party intervention was crucial in ensuring the interests of students were recognised by the High Court.”

“These students came to London in good faith and had already spent tens of thousands of pounds on their education, before having the rug pulled from under their feet.”

But Liam Burns recognises that this is not the end of the problem. “The future for international students at London Met after July 2013 is still uncertain and we need clarity as soon as possible,” he continued.

“This whole ugly episode has also thrown up wider questions about the treatment of international students in this country. Unless these questions are urgently addressed, the UK’s global reputation for higher education remains tarnished.”