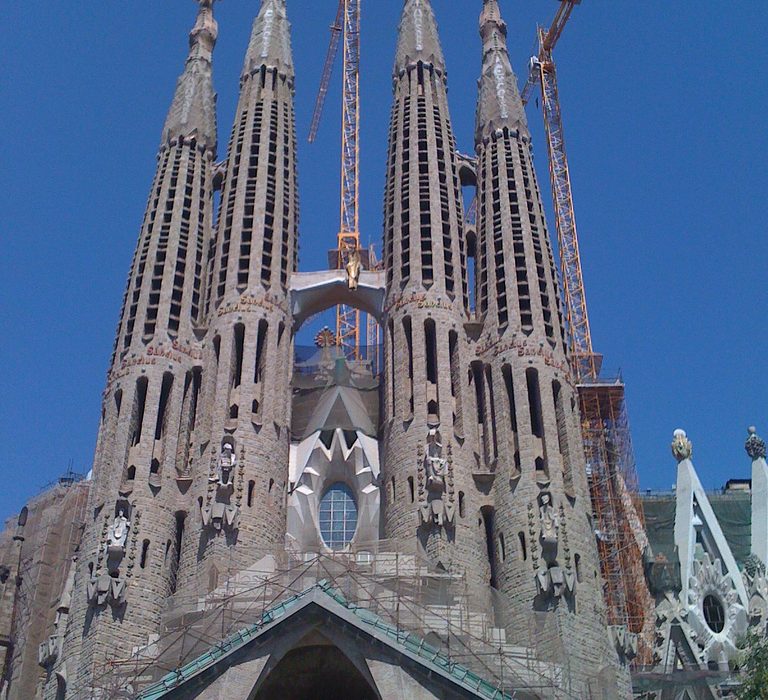 If you are only staying in Barcelona for a couple of days, be sure to visit the Gothic Quarter. Europe’s Art Nouveau movement gave rise to some of the city’s most prized landmarks. The area is home to eight World Heritage Sites including the famous Sagrada Familia. Gaudi’s church is easy to get to with its own metro stop and it doesn’t disappoint. Currently just marvel at its beautiful exterior as most of the inside is under renovation and isn’t worth the entry price. You’re better off exploring the Catalan cafes that are nestled in amongst the Gothic architecture and experience the Mediterranean cuisine. Avoid eating on La Rambla as it is often overpriced and not up to the scratch of the coastline seafood restaurants. If you are still looking to broaden your cultural horizons, the city hosts several different museums from the Barcelona Museum of Contemporary Art to the Archaelogy Museum of Catalonia.

The National Geographic listed Barcelona city beach as one of the top ten city beaches in the world, but in my opinion, relaxation is difficult with the amount of nudists and rubbish roaming around. Whilst worth a visit for the beautiful view of the sea, I wouldn’t spend an afternoon there. Instead take a trip on the cable cars that run from the Port de Barcelona to Montjuic – for €9 you will receive breath taking views of city, a perfect camera opportunity. During the late afternoon stroll around the labyrinth of side streets surrounding the centre and indulge in a spot of shopping, particularly in the pastry and chocolate shops that hand out free samples.

As far as going out is concerned, Barcelona can get quite expensive. There are various party tours on offer, however, that allow you to experience the local nightlife for a fraction of the cost of the big club nights. Barcelona Party Tours offer four venues (a Catalan bar, a bar on Mount Tibidabo with a view of the city’s lit up sky line, a Catalan club and finally Opium – reportedly one of the best party spots in Europe) with a free drink in each location and a coach to get you around for just 35 euros.

Stay – The Be Mar Hostel from £12 per person per night