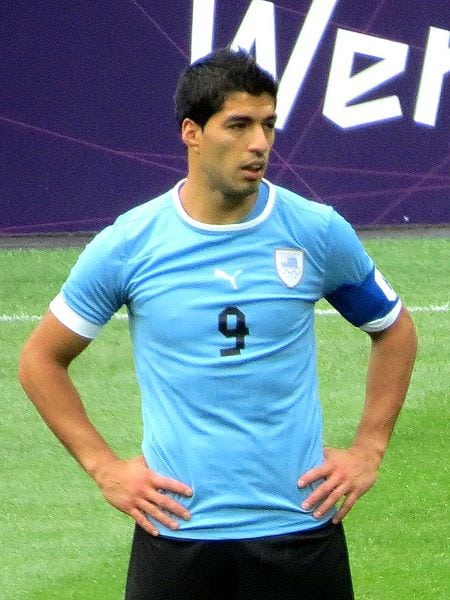 Change is needed in football’s fight against racism

There are many injustices in football: contentious penalty decisions, overpriced pints, goal-line incidents. But perhaps the most blatant of them all is the implementation of monetary fines – especially in racially aggravated cases. There seems to be no correlation between offence and amount, and even then the fine is often trivial to the offender.

It’s well documented that Nicklas Bendtner was charged £80,000 for baring his Paddy Power briefs at Euro 2012. Now, it’s easy to understand why UEFA doesn’t want this sort of thing to happen, with multi-million pound advertisement deals at stake. But this fine is ludicrous when compared with fines that players receive for frankly what must be considered much more serious offences. Luis Suarez, for example, was found guilty of racially abusing Patrice Evra last year and was fined just £40,000, half the amount that Bendtner was charged. John Terry, found guilty of the same offence as Suarez (even when found innocent by a court of law) was charged £220,000, over five times the amount of his Premier League counterpart.

Even more noteworthy is the level of wages that top level players receive. The likes of Terry and Suarez reportedly earn six-figure weekly wages, meaning that any such fine is insignificant. How many other jobs could you hope to remain employed in after such an incident?

The oddity of football fines is not restricted to players. The implementation of fines to clubs and football associations across the globe are equally futile. It’s not as though these institutions are cash-strapped. Take the FA for example. For the financial year of 2010, the FA Group reported that their turnover was in excess of £300 million, with a healthy operational profit of £37 million – not too shabby considering the economic climate.

Yet in 2011 the Bulgarian FA was charged just £34,000 for racist chants at English players, while Porto were fined just £16,700 this year when their fans committed the same offence, aimed at Manchester City’s Mario Balotelli.  In order to punish an establishment of such magnitude, fines that are implemented need to be of much greater value. It seems as though the true power of FIFA’s disciplinary action comes through publicly embarrassing the guilty party, with the fine merely an afterthought. In situations where it’s apparent that fans are at fault, it makes no sense to fine the governing body anyway, as the action has very little impact on the offenders.

I think the solution is simple. With both offending players and fans: hit them where it hurts. All footballing governing bodies should take a stand against racism. Enforce games being held behind closed doors – an action which would really influence fans’ behaviour. When it comes to players, ban them from more games, in true proportion to their offence. When Suarez and Terry were charged, it was the match suspensions that were the real talking point, because they’re what matter to the player, and what will modify their behaviour. In the wake of the England under-21 clash with Serbia this week, I’m sure the rest of the footballing world agrees that such a change in policy cannot come soon enough.