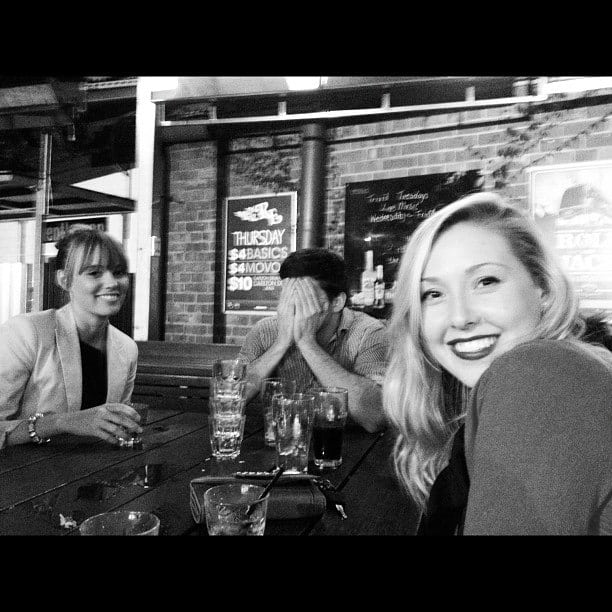 What made you want to study over the other side of the world?

I have always loved to travel and I thought that studying abroad would be a great experience to see other parts of the world – whilst still having the support of the university and loans etc.  Also, in my course (Social Anthropology and Linguistics) I have learnt a lot about Indigenous populations so it was amazing to study in a place that is so rich with aboriginal history.

Did you find university life different out there?

The classes and tutorials seemed a lot more personal. There were about 10-15 people in tutorials and I had the same tutor for both Anthropology classes so I got to know her well.  In one of my classes we had the ‘rule’ that whichever pair was presenting in the tutorial also had to provide snacks for the class-which was great! I found there were a lot more smaller assignments so that I constantly had work to do and hand it in, but I actually preferred that as it meant that there wasn’t the panic of 100% essays and exams at the end of the term.

How difficult was it to adapt to their culture?

It wasn’t too hard adapting to the culture; it was basically like Manchester in the summer time with everyone studying/sunbathing on the university campus. I have also travelled quite a lot since I was young so it wasn’t such a culture shock compared to other places.  Everyone was very friendly – particularity when they heard the British accent!

The nightlife was quite different to the UK, it made me realize how much we go out and drink!  There were some good big clubs in the city but most had cover charges. My favorite was one called Cloudland that had a big waterfall inside and felt like you were in a jungle. There was a salsa night ever Thursday which was very fun and something I wouldn’t usually go to back home!  Generally though I tended to stick to the more casual and cheap pub nights closer to the university, one place in particular – the ‘RE’ had live bands and $2 drinks on a Wednesday and was always packed with students.

What was the highlight of your semester abroad?

I think just generally having the experience of studying in a different country, and obviously the sunshine was amazing; we had a pool at our house – not something you are going to find in Fallowfield!  Also I got to meet so many different people and from all different places, for example I lived with an American, a South African and an Australian.

Thankfully no regrets!  I know it sounds corny but it really was so amazing.