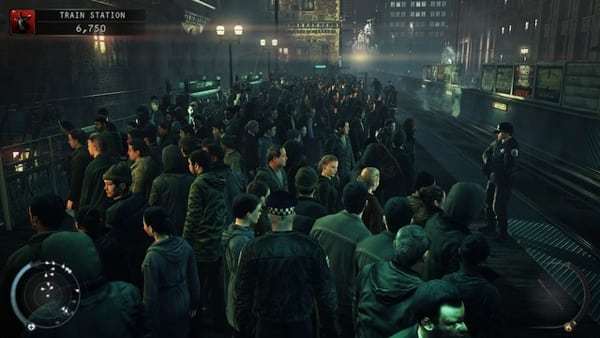 Very often developers will try to “reboot” a series by changing the core mechanics to breathe new life into what had become stale and stagnant. The best example is what Capcom did with Resident Evil 4. However, change can alienate old fans whilst bringing new ones into the fold. Fallout 3 was a massive departure from the old formula, but one that brought the game into the modern market. So, does Hitman Absolution meet the expectations of old fans whilst feeling fresh?

The question on any long-time Hitman fan’s lips will be “Is it as good as blood money?” Well, no. Whilst Absolution makes an attempt to be a game-changer, it sadly fails on a number of counts.

The first act, and the first two levels, starts off promisingly, with good stealth sections mixed in with excellent choices on how and when to kill the targets. Admittedly, the first “mark” dies in a cut scene, but getting to them is the journey, and the cut scene is necessary to frame the game’s plot. After that, you’re thrown into a crowded square with a specific target and options. So far, so promising. While you can’t pick your weapons and you are forced to improvise resources, it turned the game into a question of learning the level and made me look for more creative ways to kill the mark. With five difficulty modes to choose from, the hardest of which being eye-wateringly difficult, everything seemed promising.

Then it all went wrong. The first act featured forced stealth sections, with hiding from the police being incredibly frustrating. I won’t get into why – you are an assassin, let’s be fair. Regardless, whilst one can disguise themselves as a member of the police department, somehow the city’s plod all know each other, and as such, the disguise becomes almost useless as they’ll spot you pretty quickly. For those without much patience for this, just play it on easy and speed through. It’s not great.

The stealth is by no means perfect, using the “press button to stick to the wall” mechanic. Hiding in a crowd is sometimes poorly implemented, it broadly works, allowing you to use the environment to distract NPCs or disguises changing what is accepted behaviour.

But it gets better. The game opens up and you have become more creative, going to various places and forced to really try to work out how to cause some of the more creative deaths. The challenges add a huge amount of depth to this, and with only vague hints to go on, one must work out what the game wants. The nun level is nothing like the infamous trailer and is one of my favourite levels, combining stealth with careful takedowns. It’s closer to the first Assassin’s Creed. But that’s okay. It works and there’s a huge amount of rewarding replay value.

For those who want it, Contracts Mode looks to be the most interesting addition. Other players set marks, you pick the weapons (or they do) and you have to work out how to kill everyone silently, being graded on whether you were spotted, if the body was found, etc. It’s heaps of fun, and once the community produces more, it’ll be one of the most interesting multiplayer concepts in a long time.

I played this on PC with on max settings. Graphically it’s gorgeous, with great textures and animations. There was some slowdown, and apparently it’s not perfectly optimised, but patching is in process. The 360 version works fine and still manages to look impressive.

The game is not perfect, but it provides the rare single player, value for money experience. The plot is very Hitman, yet it not overly contrived, taking you and Agent 47 to some pretty… interesting places.