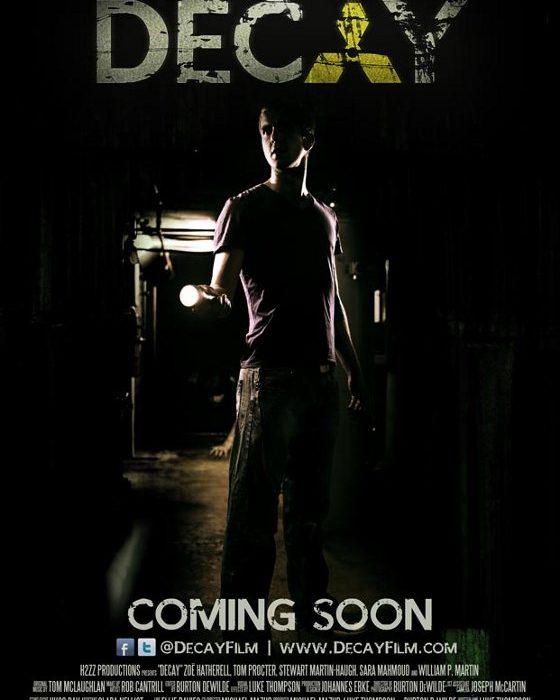 Proving you don’t need a big budget to make your movie, Decay –  created University of Manchester PhD Physics students – is a gore filled zombie flick, is a movie with more blood than Dracula would wish to sink his teeth into.

After two years in production, the self-funded film roped in a huge turnout, proving this labour of love had certainly paid off as the queue meandered endlessly. The atmosphere was greeted in style as the cast and crew brought a touch of theatrical bliss, sporting lab coats and welcoming the crowd with jelly zombie sweets.  After such a reception I knew that I was in for a treat.

On the surface, Decay is a conventional zombie film. It follows a group of students trying to survive a zombie apocalypse in a science lab.

We know the formula and understand how this zombie scientific hybrid works out. A popular choice and yes although predictable, its tongue in cheek approach allows Decay to hold its charm.

Set on location at CERN, the film was made for physics-lovers. With its deliberate overt scientific tone and consistent references and physics in-jokes – could this be a mini cult film in the making?

As I myself have no scientific knowledge I can safely say that I wouldn’t let that put you off. If you’re a horror nerd and can’t get enough of the zombie formulae then you’re in for a treat with a frenzy of bucket loads of blood, gore and some pretty gruesome scenes packing plenty of punch. It is often so easy for a student made film to look homemade. But the golden syrup and red food colouring combination definitely comes across as convincing.

For a group of students who have no previous background in film, Decay is a fresh and local approach to filmmaking, proving that with a lot of time and dedication it is possible. It may not win an Oscar but it is refreshing to see something made so close to home. If there was anything to take from Decay it is that we should and can make a film on a low budget. So no excuses, grab those cameras and get filming!