You have probably seen her, you may have even been her. Let’s face it, in bodycon’s glory days we probably were all her. I’m talking about the girl. Her pockets (and arse cheeks) poke out from underneath her ill-advised high-waisted denim shorts, her disco pants groan with the effort of containing her curves, there’s too much crop and not enough top in whatever t-shirt she’s squeezed into, and you can bet the Jane Norman sale rail that she won’t be wearing tights. This is sexy gone wrong.

But I’m not here to judge, nor to criticise, nor to pretend that we haven’t all, in some state of inebriation, forgetting ourselves and our dignity, heard and answered the siren call of the short, tight and later, in the queue for Sankeys, absolutely bloody freezing. I’m here to tell you that there is another way, and it’s a warm one.

It’s not an uncommon sight to see girls, come rain, heavier rain, or slush (the only weather Manchester allows) tight-less, coatless, and by the end of the night probably soulless despite knowing deep down that goose-bumps and chattering teeth do neither a good look make nor a hot individual’s number get (not that I’m at all suggesting this should be your aim, merely a nice bonus!). Yet it needn’t be so, black opaques are your friend, as is the cloakroom, yes, it may mean one less drink at the bar, but let’s face it: a vodka jacket’s no substitute for a real one and I have amazed many a (fairly tipsy, I’ll admit) girl in the toilets with my ability to conceal a cardigan in even the tiniest of handbags. A bit of practise is all it takes.

I recently saw a girl in the queue for a club wearing a hoody and, it seemed, (owing to what appeared to be her bare bum peeking out from beneath it) little else, this provoked a good ten minutes of ‘is she or isn’t she in the buff?!’ speculation before we got close enough to see that she was indeed wearing clothes, they were just invisible to the naked eye and we’d forgotten our microscopes. Please don’t let this be you. Wear some tights, retain your dignity. It really is that simple. 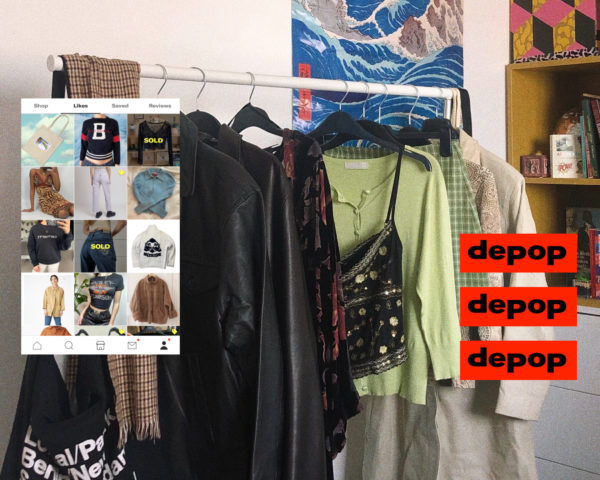 Are Depop secondhand resellers really a new kind of evil?