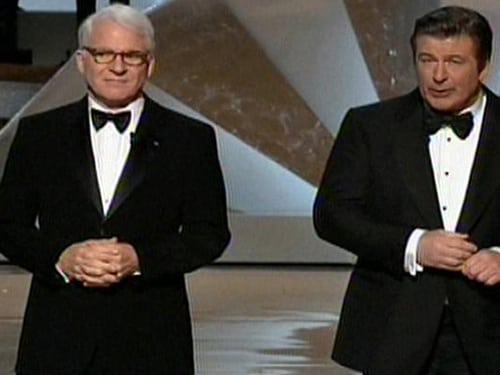 The Aussie charmed his way through the ceremony in 2009, making the most of the Oscar’s musical history with an opening number which saw him duet with Anne Hathaway in a more light-hearted precursor to this year’s Les Misérables.

In 1993, Goldberg became the first woman to host the event. The fact that she was asked back a further three times shows just how good she was at it. Goldberg’s shows had an informality and a relaxed nature that is often missing from the Oscars.

Over a span of more than two decades, Crystal’s hosted nine times. His wit, warmth and originality (evident never more than in 1991 when he opened the show by riding a horse onto the stage) have made him the king of the modern Academy Awards.

When David Letterman hosted the show a few years earlier it was widely regarded as a disaster – his brand of humour didn’t transfer well to the Oscars. Fast forward to 2006 and the edgy ‘Daily Show’ host had no such trouble, even taking Stephen Colbert along for the ride.

Steve Martin had hosted the Oscars twice before to great success. But it was in 2010, when paired with hosting debutant Alec Baldwin, that Martin was really at his best.