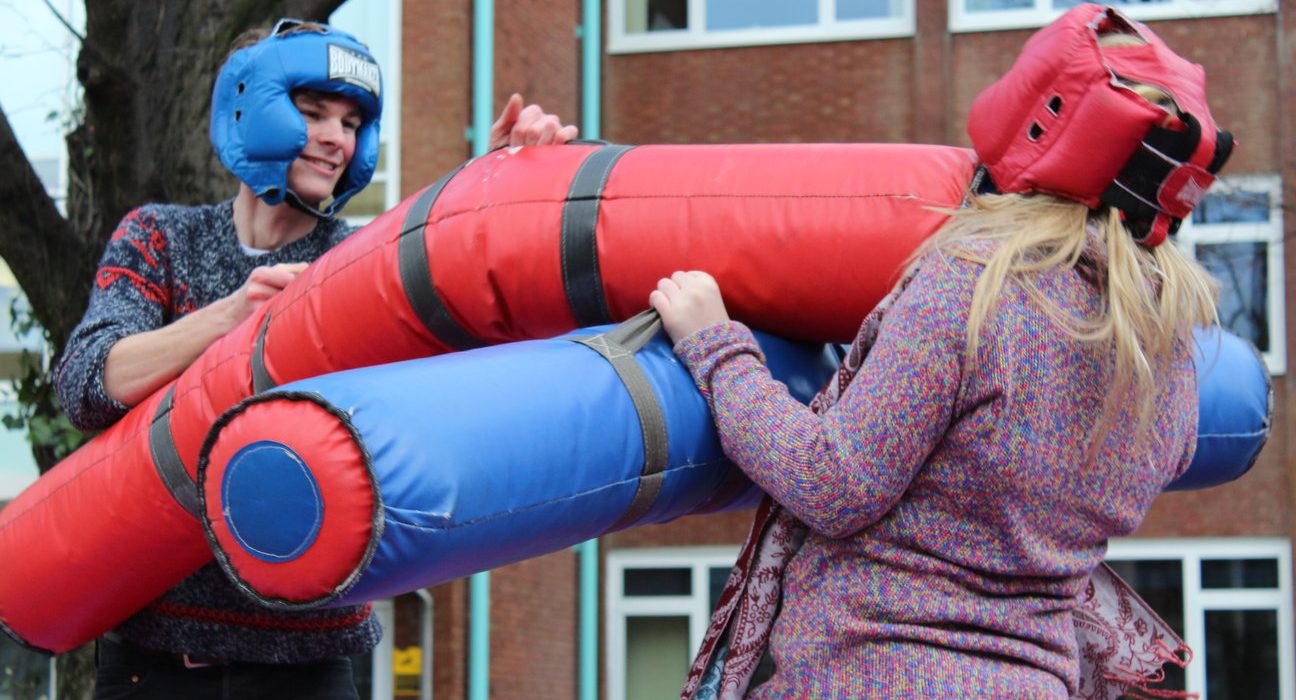 Last week saw students take to sumo suits and speed dating all in the name of charity as Manchester RAG held its annual ‘RAG Week’.

With an event every day, over £1,500 was raised by volunteers who helped organise a ‘Dare Night’ and the ‘Big Fat Pub Quiz’.

Organiser, Megan Lyons, talked to The Mancunion about the experience. “RAG Week was definitely a challenge, but putting it together and seeing hundreds of people enjoying the events and raising money for charity at the same time was an amazing feeling and is definitely something I want to do again. We had a great turnout to events.”

The most popular event was the RAG edition of Take Me Out, which raised approximately £700 alone. Hosted by presenters from Fuse FM, there were four rounds, including LGBT. The event was filmed by Fuse TV.

“I can’t wait to watch the footage of it as I spent most of the night running around backstage. Being backstage and hearing the audience laughing so much was a really good feeling,” Ms Lyons said.

“Battle of the Bands was another massive success for us and our second biggest fundraiser, and the carnival outside University Place, sponsored by PwC, was a lot of fun.”

The carnival included sumo wrestling, gladiator jousting, and Valentine’s Day themed treats. Also available was the opportunity to be serenaded by a Barbershop Quartet.

“The RAG committee were fantastic at helping put everything together and publicise the events and I’m so thankful to them as it was a pretty crazy week, but hopefully it’s really raised RAG’s profile so that even more students know what we do and are excited to get involved with fundraising now.”

The money raised will go to the Manchester RAG Community Fund, which is divided up between a range of charities across the north-west.