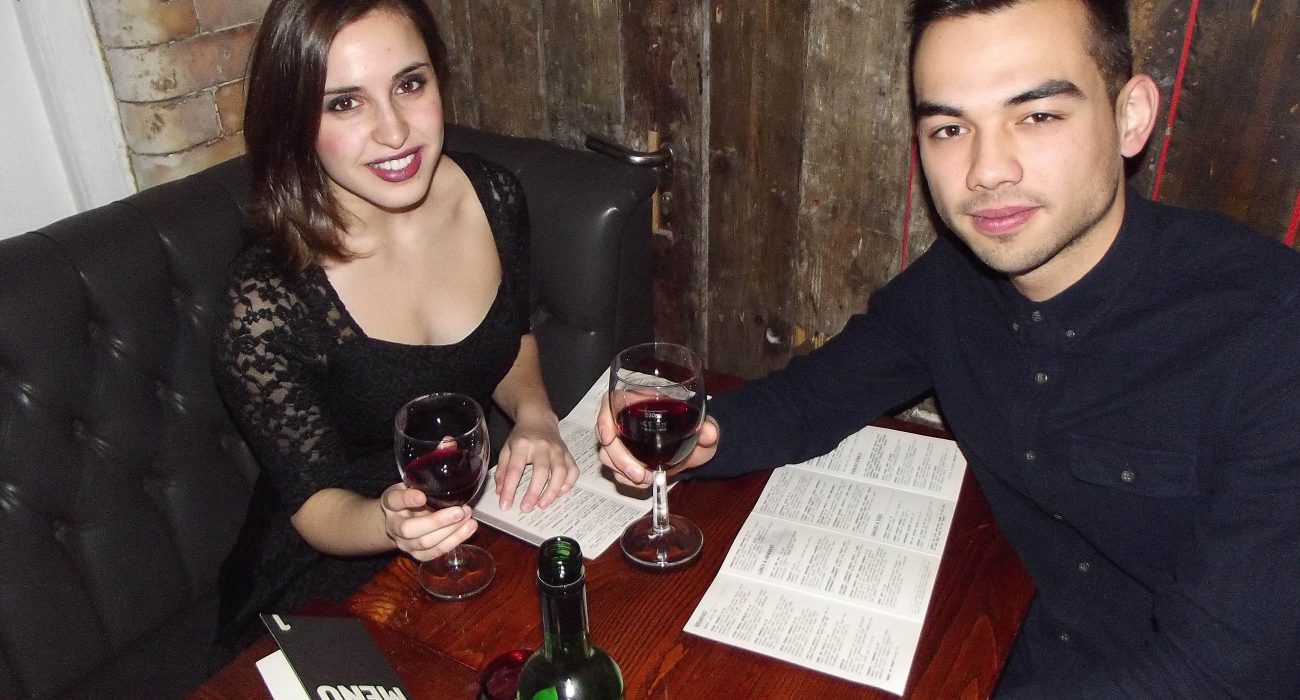 Did Jonathan and Debbie end up exchanging numbers?

What were you initial thoughts when you arrived? Yes I thought he seemed nice and sort of relatively good looking. He had quite a clear mind so I was quite happy to get to know him. He didn’t have any initial prejudgments or anything.

Excellent, how did the date go? I thought it went well; we had a really nice time. We got on really well, the conversation flowed really well and I thought we agreed on a lot of things. You know, it was nice. If anything it was more of a friendly vibe than a date.

Why did you think it was more of a friendly vibe? Maybe because it was almost a bit formal, I’m not saying that’s his fault, just I think it just had quite a formal vibe; maybe it was because we were on a blind date so it was more of an official thing, but it was really nice and I thought he was a lovely guy.

Would you say then that there wasn’t much flirting? A bit but not a lot, I’m not sure why. Maybe that was my fault, I don’t know.

What did you chat about? We had interesting conversation actually, very interesting… We spoke about ourselves, our hobbies. I told him about my swimming, he told me about his skydiving.

Did he make you laugh? He made me laugh a couple of times but not a lot. He had some interesting stories though. He told me about his travels in Vietnam which I found really interesting. He mentioned he had eaten some interesting things such as tarantula which was, I suppose, intriguing to hear about.

So you said it was formal, were there any awkward moments? Not at all, the conversation flowed very well. I though we got on very, very well and I had a really nice time, I really enjoyed his company.

Did he tell you anything weird? Definitely the eating the tarantula thing, that was weird.

What happened after the meal? We stayed for quite a while, we had a nice chat and we finished our wine. We shared a bottle. He likes red wine which is good because I also like red wine.

How did you part ways? That was kind of weird. We walked to the main street and he was like, “Thank you I look forward to reading the article”. I was like, “Oh, okay.” It was sort of a bit weird as the parting was very formal.

Do you think you’ll be seeing him in future? I would definitely be up for seeing him again and if he had asked me, I would have definitely said yes.

So you didn’t swap numbers? Not really, he kept saying, “Thank you” and, “I’ll see you.” I just don’t think he was that interested in dating me.

Snog, marry or avoid? That’s a difficult one. I wouldn’t avoid.  It would either be snog or marry. I suppose I’d go with snog as I don’t know him well enough to marry, though he did seem like a lovely guy.

If he were a meal what would he be? I don’t know! He was interested in different types of food so I would say a chicken and chorizo risotto, as he seemed quite sophisticated but also interesting and down to earth. Pleasant to eat, not that I’m saying he was pleasant to eat but that the meal would be pleasant to eat.

How did your date go? Yeah it was great, very nice, not too many awkward moments. We were both chatty and outgoing so overall, a good date.

What was your first impression of Debbie? My first impression was that we would probably make very attractive babies, as she was very good looking and so am I. She reminded me of Natalie Portman.

What was her best feature? Probably her lips.

What did you chat about? Cockroaches, she found one in her Weetos once. We also bonded over wine.

So how did you part ways? A nice kiss on the cheek with a parting hug, then she gave me the, “So I’ll see you around…” and I was like, “Yeah, bye.” So that might have been awkward.

So were you not interested in seeing her around? I’d consider it.

So did you get her number? No.

Why not? It sounded like you were quite into her. I was, but the right moment just wasn’t there. It never came up.

So snog, marry or avoid? Marry as she had the whole package. She had beauty and brains.

So no potential future plans? No, it was nice but I don’t think that there was enough chemistry there.